This is a preview of the Marseille vs Bordeaux fixture to be played on Sunday 15th August 2021. We also have the best and free predictions for this game, including bookies in the UK with the best odds for the big game.

The Best Free Predictions for Marseille vs Bordeaux

Our soccer predictions are premised on extensive research and in-depth data analysis. If you need the best free predictions for Ligue 1, here are our best three picks for Marseille vs Bordeaux:

Note that odds are correct at the time of writing but subject to change on Netbet. Visit the bookmaker for updated prices on this fixture.

We are tipping Marseille to win again and this time, more convincingly against Bordeaux. The visitors bagged three points at home last season against Bordeaux in a fixture that ended 3-1. They could have made it six points from Bordeaux if not for two red cards in the reverse fixture. In the last meeting, Marseille kept their cool when defender Leonardo Baleredi got a straight red in the 55th minute. It did not end there. Forward; Dario Benedetto picked a second straight red card for the hosts four minutes later. With 9 men against 11, Marseille still bagged a point against Bordeaux in a fixture that ended 0-0.

Marseille to get an early lead

This fixture is for Marseille to win or lose. However, given the team's recent performances, we believe the hosts are on top of this one and should be ahead of Bordeaux at the break.

Match Preview: Will Bordeaux Get Their First Away Victory in Marseille?

After a poor start to the new season, losing to the newly promoted Clermont foot a few days ago, Bordeaux's readiness for the new season will be tested again. The visitors travel to Marseille for the second fixture of the new season hoping to score their first goal. This will be an interesting match to watch, especially because Bordeaux has never won away in Marseille despite playing against the host 17 times since December 2013.  On the flip side, the hosts are unbeaten in ten games.

Marseille’s biggest worry before this game is a shaky defence that conceded two goals to Montpellier in the first match of the season. It is a weakness Bordeaux could exploit and score at least a goal in this game. We would be talking about a different result if Marseille blunders and concedes first on Sunday. 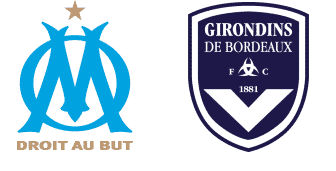 Who will referee this match?

Ruddy Buquet will be the man to blow the whistle.

The venue is Orange Velodrome, home ground to Marseille.