When Antoine Griezmann fired Atlético Madrid in front after just 21 minutes in the Europa League final, the game was effectively over for Marseille.

There is no team, perhaps in world football, who can protect a lead like Atleti. The French side knew that and it killed any belief they had, despite having started the game strongly.

Atlético's star was the difference. Antoine Griezmann scored twice to put his side in control before, fittingly, Gabi, the Spanish side's grizzled, snide but talented captain, fired home in the dying minutes.

The contest was as one-sided as the final scoreline suggested. Marseille pushed and probed, but Atleti simply held them off almost nonchalantly.

This was their final and they weren't going to suffer the indignity of conceding a goal. Diego Simeone's team simply don't let up and it's with Los Colchoneros that we begin the five things we learned from the match.

The Spanish side started this season in the Champions League and were understandably one of the favourites to win the competition despite being drawn in a group with Chelsea, AS Roma and Qarabag. 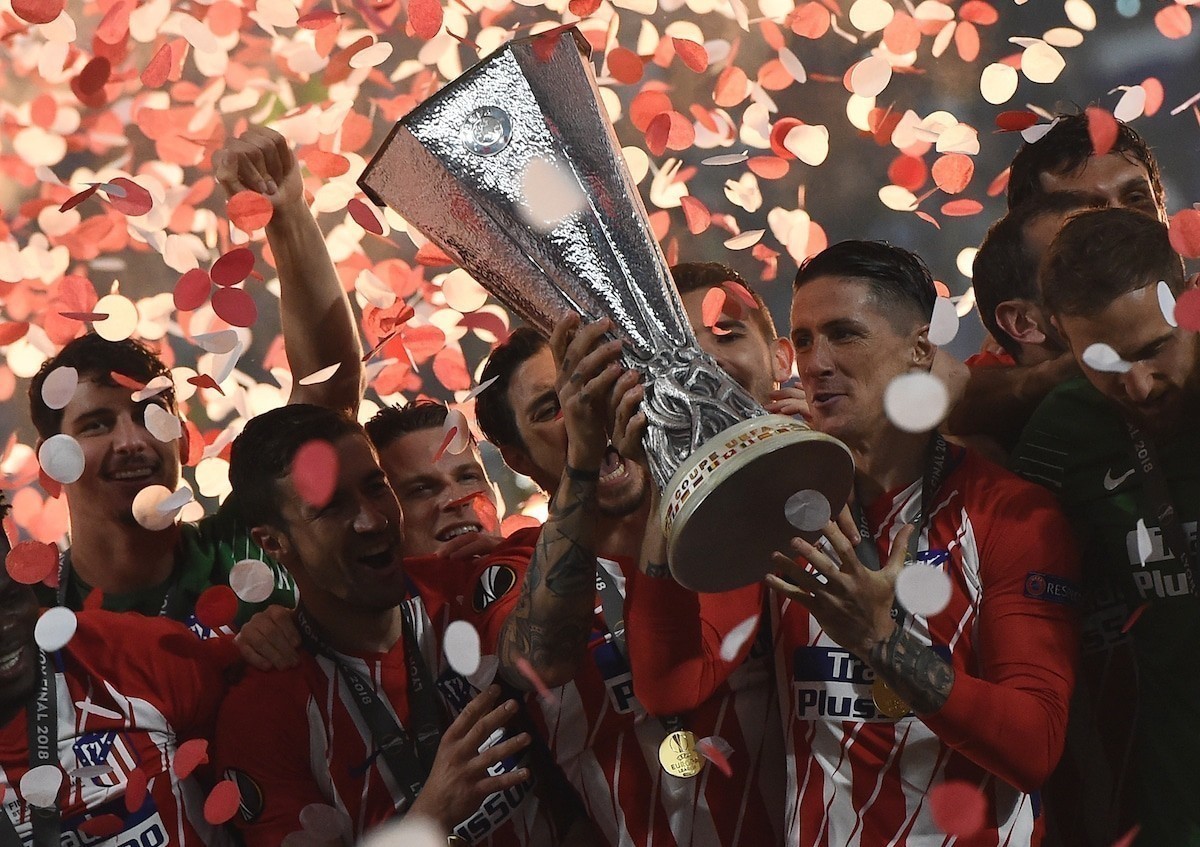 However, Simeone's side struggled for goals and ended up winning just one of their six group games. They exited the tournament before the knockout rounds for the first time under the Argentine and entered the Europa League after their third place finish.

“Today I would say it [the Europa League] is a piece of s**t,” Gabi told reporters back in November. “But the Europa League has given me a lot, and if we have to play it, we will [play to] win it.

Gabi and his team-mates have been true to his word. While they haven't lit up the competition by playing all-out attacking football, they have advanced through the rounds in true Atleti style; with dogged defending and clinical finishing seeing them through.

That defined style remained in the final. Until Griezmann's opener, Marseille were the more dangerous of the two sides. But after the French star's goal there was little doubt the La Liga side would see the game out.

The injury to Dimitri Payet helped, but Atlético were able to blunt the Ligue 1 outfit, who recorded just two shots on target across the 90 minutes, although they did hit the post late on.

When the 26-year-old joined Marseille from Metz in the summer of 2015 it was because he had impressed as a winger for Les Grenats. Yet Rudi Garcia's arrival at the club a year later signalled a change in Bouna Sarr's career.

Much like he did with Mathieu Debuchy at Lille, this season Garcia felt he could convert his attacking wide-man into an attacking full-back. And game-by-game the French coach has been proven right.

Sarr's performances this term have resulted in talk of him being included in the France squad for the World Cup. Les Bleus have an incredibly talented group of players, but at right-back they're a little short.

And while his performance wasn't flawless, he certainly showed enough to suggest Didier Deschamps wouldn't regret taking him to Russia.

Over the course of the 90 minutes against Atleti, Sarr made four tackles and two interceptions. Going forward, while his crossing was erratic, he did attempt six, the highest of any player on the field.

Four years ago Atlético were playing in the Champions League final, where they were cruelly beaten 4-1 after extra time by city rivals Real Madrid.

Since then Los Colchoneros' head coach has worked on evolving his side, and tellingly only four of the players who started that final in 2014 featured against Marseille.

This is Simeone's Atleti version 2.0. A side being built around younger players –Ángel Correa, Saúl Ñíguez, Lucas Hernández – but one supplemented by the old guard in Diego Godin, Gabi and, even though he is only 26 years old, Koke. Diego Costa has also left and returned to spearhead the attack.

And while he may not be around to see the Argentine's new creation fulfil its undoubted potential, Griezmann believes his boss is replicating the achievements of one of football's greatest managers.

“What ‘Cholo’ is doing for this club is historic and he reminds me a bit of Ferguson and what he did at United,” declared Griezmann in an interview with UEFA’s website.

“I hope he has the same career because he deserves it and takes this team where he wants, at least among the top sides in the world.”

Sir Alex dealt in trophies, however, and Simeone has some way to go to matching the sheer volume of honours racked up by the famous Scot. But he has a La Liga title, a Copa del Rey victory,  a UEFA Super Cup win and now two Europa League successes on his CV.

Not bad for given he's in charge of a side that Real Madrid supporters would brand their noisy neighbours.

In England the fleet-footed winger is best know for his failed spell at Newcastle United. The France international lasted just six months on Tyneside before returning to whence he came; Marseille.

Originally he signed on loan before making the move back permanent last summer. He has since become one of the most effective attacking players in European football.

This term Thauvin has struck 26 goals in all competitions and registered 18 assists. In Ligue 1 he is rivalling, or bettering, the likes of Neymar and Kylian Mbappé for output.

He is second in the French top tier for successful take-ons (114) and open play key passes (54) while no one has bettered his total scoring attempts (125).

So the stage was set for Thauvin to deliver on the big stage. To alter the perception of those English fans turning in to watch Marseille for perhaps the first time this season.

Unfortunately for the French club, he didn't live up to his pre-match billing. The 25-year-old completed just one key passes and attempted only two dribbles.

He was shackled expertly by the Atlético defence which, with Payet off the field, was able to focus its attention on restricting Marseille's other expert creator.

Unless there is a dramatic change of heart this was Griezmann's last match for Atlético Madrid.

The French star is set to depart the Spanish capital this summer and complete a move to La Liga rivals Barcelona, who will pay over €100million for the forward.

So there's little doubt Griezmann would've wanted to sign off in style, and he certainly did that at Groupama Stadium.

He took his first goal, which arrived in fortunate circumstance admittedly, with aplomb. As he advanced on Steve Mandanda it was test of nerve, one the Atleti No.7 was never going to lose.

He waited for his compatriot to move to his left and slid the ball past the goalkeeper and into the net. It was a goal that settled the Spanish side and they were largely in control of the game, if not possession, from then on.

Yet if his first goal was a lesson in composure, his second was a display of his innate talent. Again through on goal he delicately shifted the ball onto his left foot and deftly lifted the ball over Mandanda.

Both were goals befitting the stage and the player. If Griezmann does depart for the Camp Nou it's going to hurt Atleti. He has struck 112 times for the club in just 208 matches. It's a quite astonishing record.

Yet this was perhaps the perfect way to say goodbye and if history has told us anything, few clubs are as adept at replacing their star man as Atlético.