Top free betting tips and odds for Sheriff vs Maribor

The first leg meeting between Sheriff Tiraspol and Maribor finished goalless. At Stadionul Sheriff, they will fight it amongst themselves for all the chips with their UEFA Champions League qualification on the line.

Maribor has been underwhelming in the recent outings with defeatRadomljeomlje. Gorica exposed them again as they scored twice against them on the road. Now on the road, they will have issues getting past Sheriff Tiraspol's defence. The Wasps with home advantage should manage to get over their rivals, a trick they will want to repeat following the ousting of Zrinjski at their hands in the last qualifying round.

The Wasps have not conceded once in their last five competitive fixtures. We have to go back to early May to remember the last time their fortress was penetrated. Maribor on the hand has been shut out in three of their last five fixtures, with a clean sheet of their own to boast off. Given the stakes involved, we expect a low-scoring affair, one in which the hosts keep a clean sheet to progress forward.

Sheriff vs Maribor: Check out the best odds and the latest stats

Sheriff vs Maribor: Check out the team lineups

The lack of a proper preseason showed its effects on Sheriff Tiraspol's trip to Slovenia. They were the dominant outfit with greater goal-scoring opportunities but could not change the scoreboard. Now in the comforts of home, Stjepan Tomas will want more from his side. The likes of Akanbi and Yansane will not be granted more excuses as lack of away goal puts Sheriff in dangerous territory.

Radovan Karanović must have breathed a sigh of relief at the culmination of their first leg meeting with Sheriff. They have followed the goalless draw with a win over Gorica in a five-goal thriller. Given the staunch defence of their Moldovan rivals, they will not get many chances at goal and will have to be effective in whatever opportunity that comes their way.

Questions About Sheriff vs Maribor 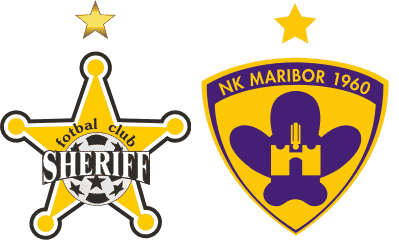 Where is the game being televised? Arena sport 1 (Svk), SportKlub (Slo).

Where is the game being played? Stadionul Sheriff (Tiraspol).