After a 0-0 draw in the first leg this game is well and truly up for grabs. Who will get the job done? Find out with our Shakhtyor vs Maribor match preview with free tips, predictions and odds mentioned along the way.

Our next prediction for this match is on the BTTS market; we've already pointed out that these teams played a goalless draw in the reverse fixture of this tie. It's also important to note that Shakhtyor Soligorsk's games usually don't feature goals at both ends. Shakhtyor Soligorsk have been really good defensively; they kept five clean sheets in their last nine games, conceding just four times. At least one side blanked in seven of Shakhtyor Soligorsk's last nine games; and considering they didn't score in their last two games, at least one of these teams should blank.

Here are the key stats & form guide for Shakhtyor vs Maribor

Which side will find a way to win?

After serving up a stalemate in the first leg of this tie it's hard to imagine this game being a barnstormer of a clash, however, with everything still to play for and a big prize laying ahead we should see it all left out on the grass in a match that is likely to see sparks fly.

Shakhtyor have no wins in their last two games, with a draw and a loss; their form has gotten slightly worse, considering they had won six of the seven games they played before that. Shakhtyor Soligorsk will welcome Maribor to the Stroitel Stadium on Wednesday; it'll be interesting to see how they'll fare against an out-of-form Maribor side.

Maribor have no losses in their last five games; however, it's worth noting that they haven't won many games recently, with just one win in their last six games. Maribor will hope to extend their unbeaten run by beating Shakhtyor Soligorsk; will they be able to advance to the second qualifying round?

A quickfire FAQ on Shakhtyor vs Maribor 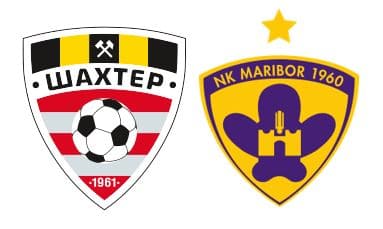