In his three full seasons as a Chelsea player, Marcos Alonso has won the Premier League, the FA Cup, the Europa League and been named in the PFA Team of the Season.

He has earned three caps for Spain, been hailed as one of the world's best left-backs by Maurizio Sarri, and signed a new five-year contract in October 2018. But, despite all of the above, Alonso is the most divisive figure at Chelsea.

Social media should never be used as a fair barometer to judge an entire fanbase, but a quick scan of the replies to Chelsea's official Twitter account gives an indication of the ill-feeling towards the 28-year-old.

The Spaniard is often ridiculed – he has been nicknamed ‘Alonslow' due to his lack of pace – and the club's head coach, be it Sarri or this season Lampard, is questioned as to why they've named the full-back in their starting XI.

Yet this season, after he was brought into the side to replace the injured Emerson Palmieri in September, Alonso has performed well. He has been used at left-back and as a wing-back under Lampard and has adapted effectively to each role.

Against Wolves, he was deployed as a wing-back and ended the match with an assist for Tammy Abraham. Against Liverpool, he was on the left of a back four and helped shackle Mohamed Salah in tandem with the impressive Fikayo Tomori. And against Brighton, he was part of the four-man defence which kept the Blues' first clean sheet of the season.

Alonso then claimed his second assist of the campaign when he provided the pass for N'Golo Kanté's deflected goal against Southampton. Tellingly, no defender has more goal involvements in the Premier League (26) since the 28-year-old signed for the Blues in 2016. 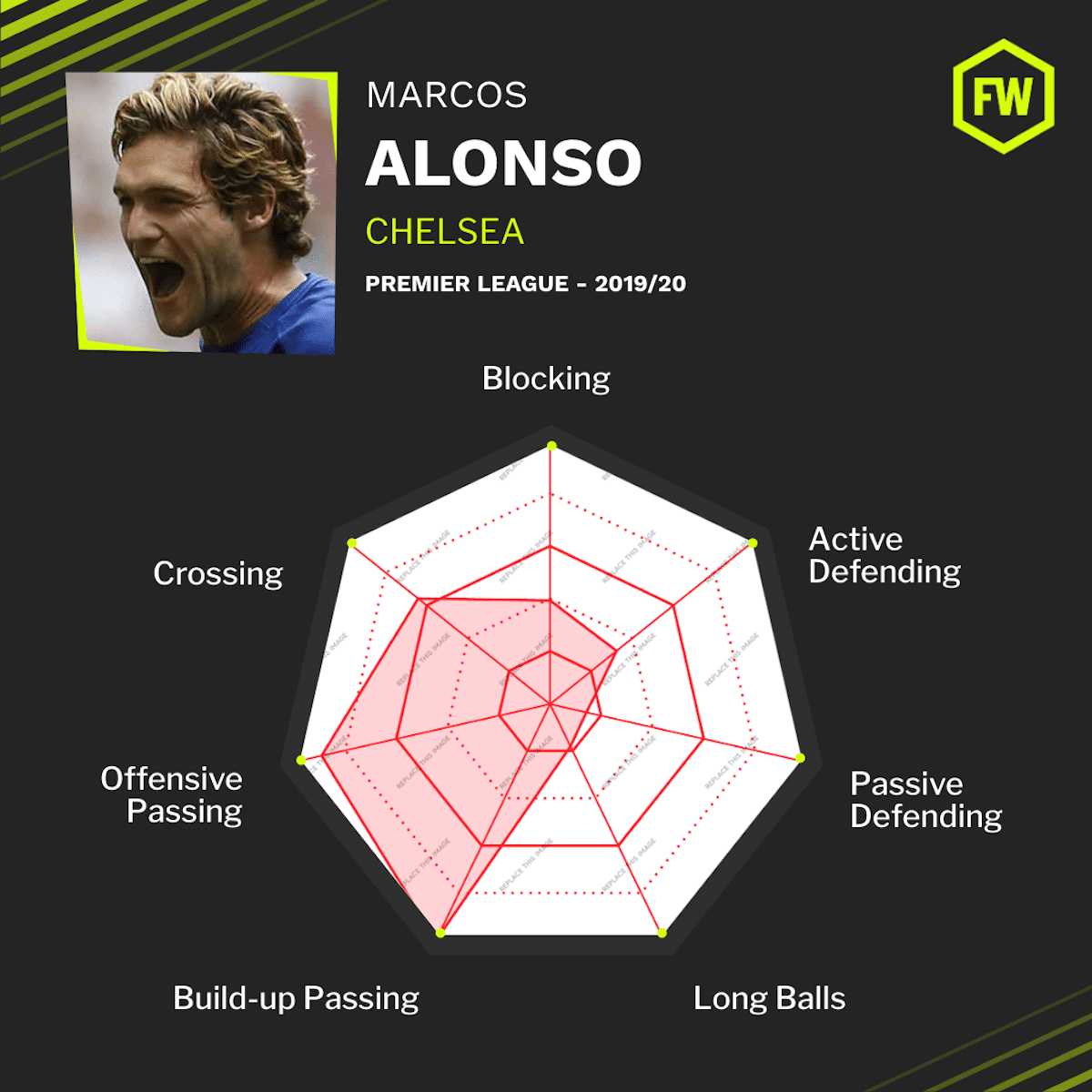 Alonso's effectiveness in the final third hasn't ever been in doubt. He may not have the dynamism of Andrew Robertson or Kyle Walker and he doesn't have the ability to cross a ball like Trent Alexander-Arnold, but he is a consistent threat.

It's the defensive side of Alonso's game that has come under constant scrutiny and last season his shortcomings were ruthlessly exposed.

He had thrived as a wing-back during Antonio Conte's two seasons in charge but that position had a layer of defensive protection through the left-sided centre-back. As a full-back under Sarri, Alonso was often left one-on-one and struggled.

He switched off at key moments in games or failed to stop a tricky winger from besting him across 90 minutes. It's why he was eventually replaced in the side by Emerson and why Lampard kept faith with the Brazil-born Italian international at the start of this campaign.

The 25-year-old is not only a more conscientious defender he also has the attributes needed to implement an effective press. Emerson is quicker than Alonso, more agile, and able to recover when beaten by an opponent.

Alonso can't gain these physical traits but he can hone the defensive elements of his game. And this season he has improved. 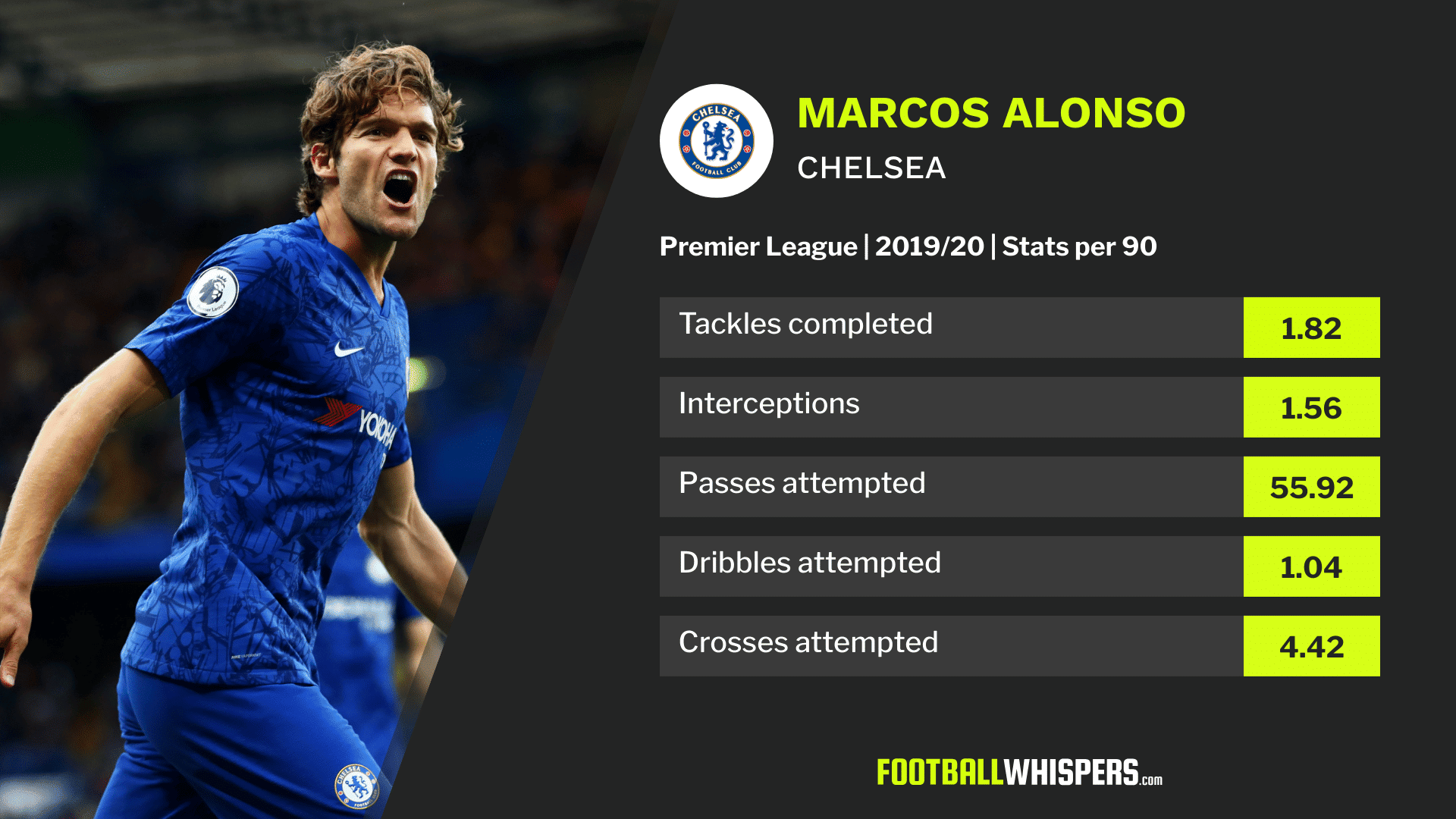 The sample size is small but the signs are promising: the progress he's made this term deserves recognition. He is another early success story of the Lampard era. Just don't expect his many detractors to admit it.