You might have expected Marcos Alonso to do more defending this season, having moved to a normal full-back position in a back four.

But, as Eden Hazard revealed, that side of the game isn’t really on the Spaniard’s mind.

“Sometimes, he is in front of me,” the Belgian said after Chelsea beat Bournemouth 2-0.

“I said to him once, ‘Marcos, I think your first target is to defend, because you play left back'. But this guy don't want to listen, he just wants to score goals.”

And there are sevearl stats that suggest Alonso is pretty much the same player in 2018/19 as he was last season, despite being used as a wing-back under Antonio Conte.

Just looking at where the full-back is playing his passes from show how similar his game has been.

The contour maps draw circles around where Alonso's passes are made, with circles within circles indicating more passes are played from those positions. 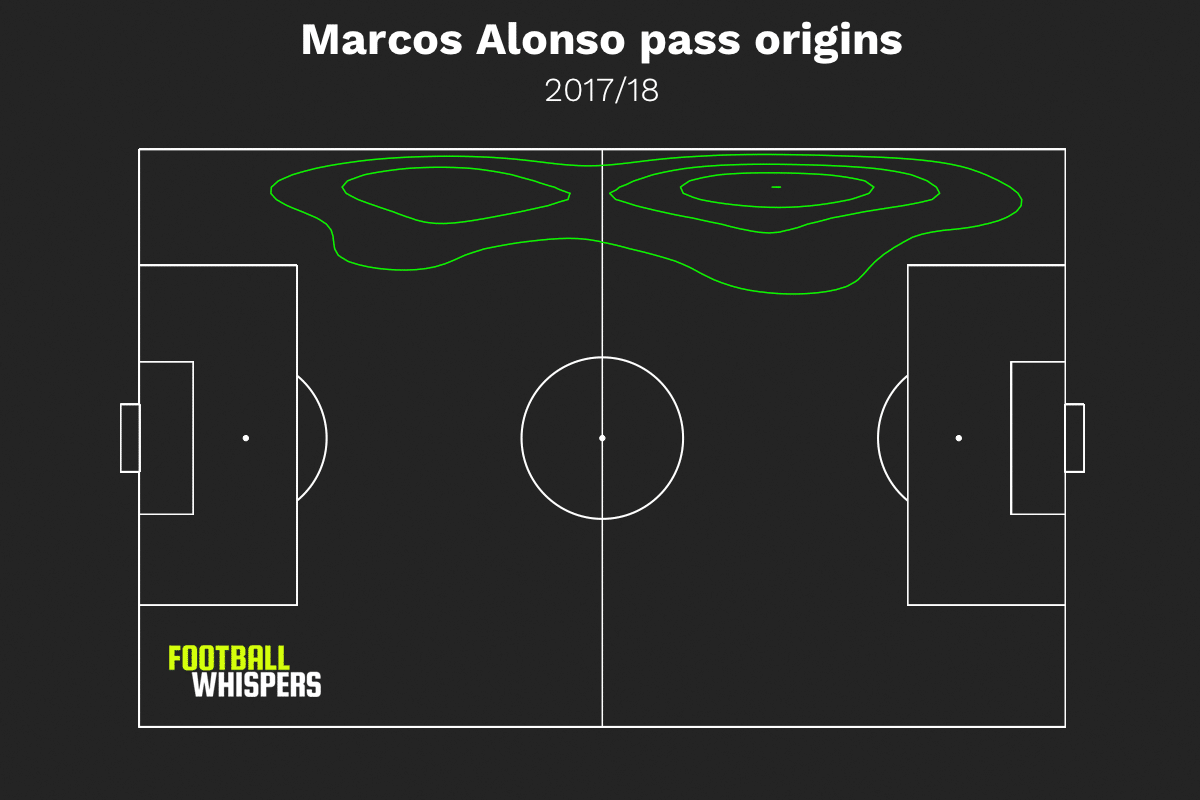 Just like last term, his passes during the opening four games of the 2018/19 season have been heavily inside the opposition half – although he’s maybe having a few more touches edging towards the centre of the field than before. 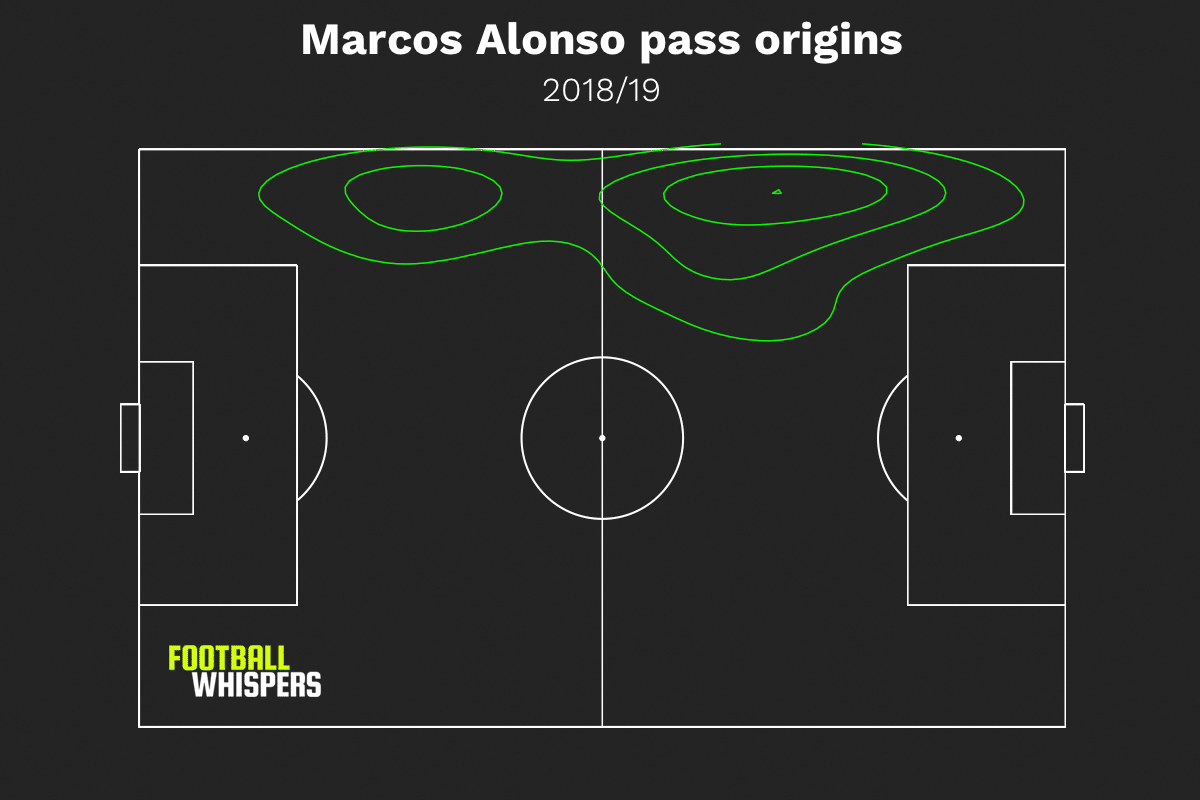 However, several of his attacking numbers have actually gone up despite being deployed, or at least written down on the team-sheet, as a full-back.

He’s taking an extra touch inside the opposition box and registering an extra shot per 90 minutes compared to last season. So maybe Hazard was right to joke about his teammate's priorities.

The biggest change in Alonso’s game, though, is simply the number of passes he’s making.

This isn’t surprising given he's now playing in a team managed by Maurizio Sarri, but the numbers have almost doubled, with successful passes going up from 33.67 to 62.25 per 90 minutes. But, as we saw from the pass origin maps, these are mostly coming in the same positions as last season.

Tellingly Chelsea don’t seem to be suffering from their left-back playing as a left wing-back, which is either a positive sign that their team is a strong defensive unit, or a potential worry that opponents may try and exploit the gaps that Alonso leaves.

Either way, it’s a surprise. There were concerns, before the season started, about how Alonso might adjust to playing in a more conservative role. The solution? Don’t adapt him at all.