Marco Silva took over Hull City on the 6th of January and because ‘pundits’ didn’t know his name or respected the countries where he had managed, the knifes were already out.

Still in the bottom three, two points from safety. This is a results business, and regardless of a change in style, or noticeable improvements, you need to pick up points.

Thursday night was the perfect example. Hull City welcomed Manchester United to the KC Stadium, playing for a place in the League Cup final against Southampton.

Goals from Tom Huddlestone and Oumar Niasse helped the Tigers win 2-1, but the 2-0 first-leg defeat at Old Trafford was enough to see them eliminated.

Praise for Silva and the work he has done in such a short time, but ultimately they fell short.

“It was a good result and win but not enough,” Silva told reporters after the game. “It was a good performance from our players, good attitude and many moments in the game we caused big problems for a big team like Man Utd.”

Punished for one poor moment

Hull were comfortable in possession, however, a moment of sloppy play gave the ball away cheaply in the middle of the park. United pushed towards the penalty area.

The home side recovered well and regained a good shape and position, as you can see from the graphics below. 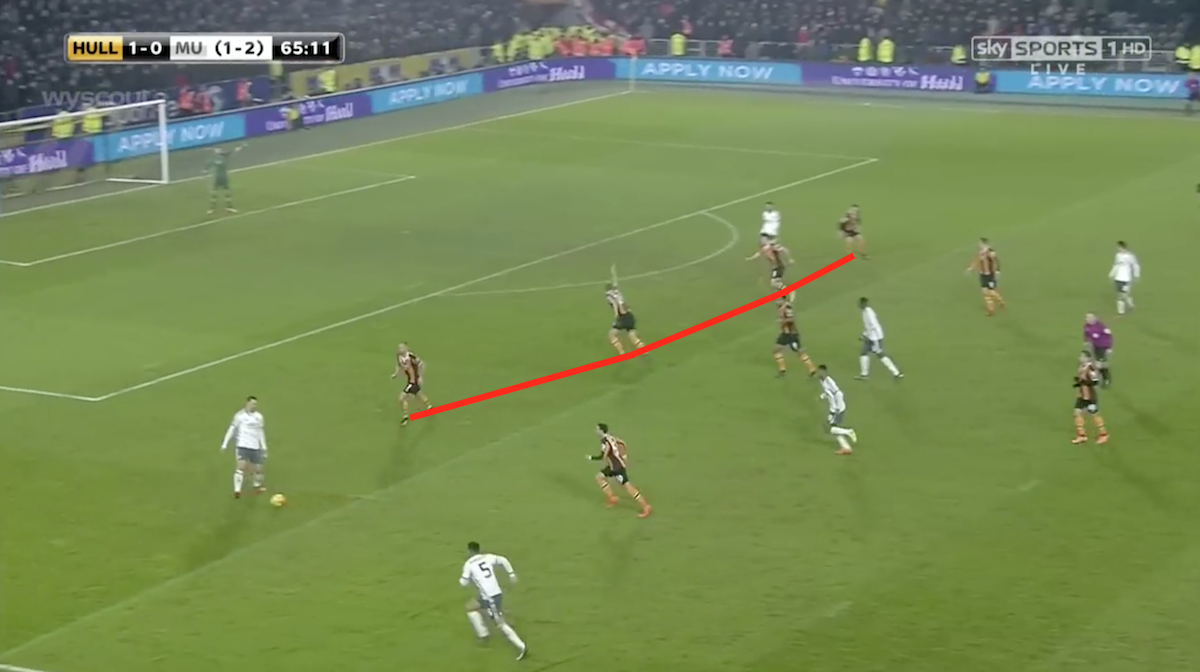 Marcus Rashford is slipped in by Zlatan Ibrahimovic, then Tom Huddlestone, who was the closest midfielder to Paul Pogba, has to react, he rushed in and actually makes a good tackle. 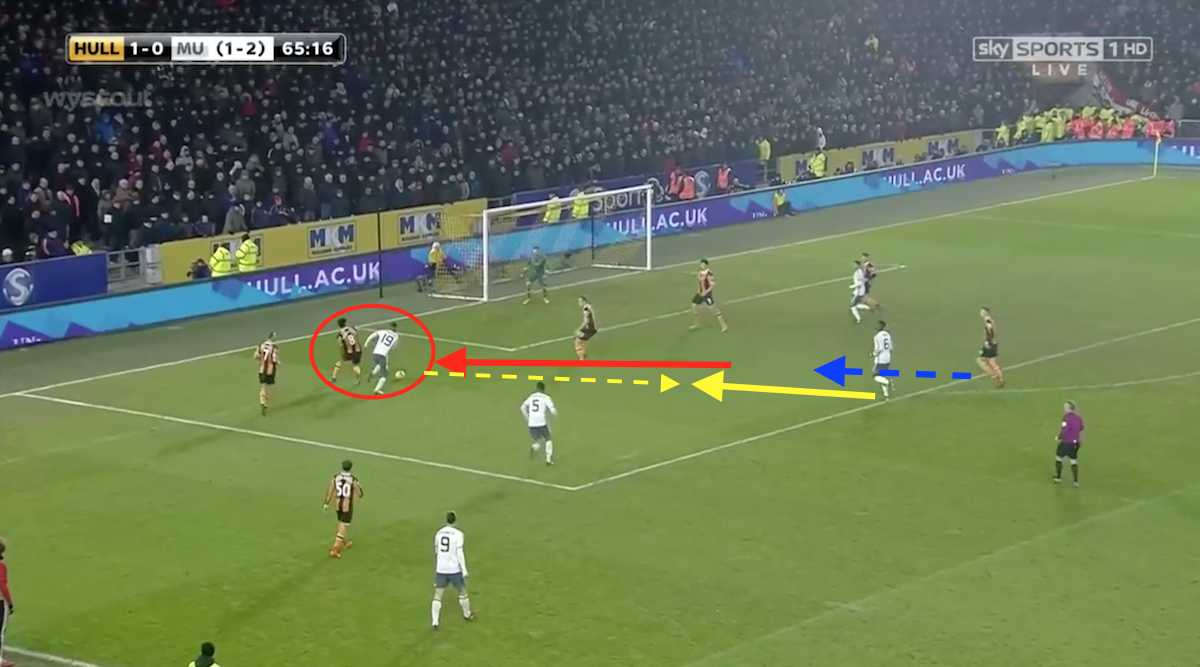 The problem comes that the ball is sent into the path of the French midfielder and no one can react quick enough before he prods the ball past David Marshall.

It was a soft goal to concede and in a similar crushing effect as to Chelsea’s second goal at Stamford Bridge at the weekend.

For all Silva’s positive influence and changes, the results haven’t fallen his way.

“We had a very good first half, second half [United] had a good reaction and the goal we [conceded] was not a normal goal. We had a moment to control the ball but then they scored. But our players worked well on the pitch and it's important we keep doing that.”

How has Hull's Style Changed?

You only have to look at the Tigers second goal to see the Portuguese influence the change in style, the way they want to play football.

There is a 45-second spell, where, apart from getting their toe on the ball slightly, United don’t have a meaningful moment of possession. Going through Tom Huddlestone as the dictator, the ball is moved from left to right and back to Oumar Niasse on the left again.

When the move doesn’t work, the ball comes back to Huddlestone and they reset. There is even a moment when Michael Dawson, pushing up to join the play, acknowledges that he should have passed the ball wide earlier. He turns and finds the midfield general and the ball goes the other way.

Their patience and desire to wait for the right ball pays off. Niasse drives at the defence, the ball comes back to the middle and David Meyler, up front right-back has made a great run in behind, he squares the cross and Niasse has the back-post finish.

“In the last three games at home we won all three,” he said. “When I arrived we hadn't won a game in the last two months and we need to continue to keep our organisation at all times and not suffer goals like we did tonight. But it's good confidence for my players and I congratulated them in the changing room.”

Silva should be so happy with his team. There were 19 passes in that move. No desire just to launch a hopeless long ball, or just aim a cross aimlessly into the box. It’s measured and calculated.

After the game, Manchester United progressed despite the defeat and Jose Mourinho spoke of his admiration for Silva and what he was trying to build, in such difficult circumstances. 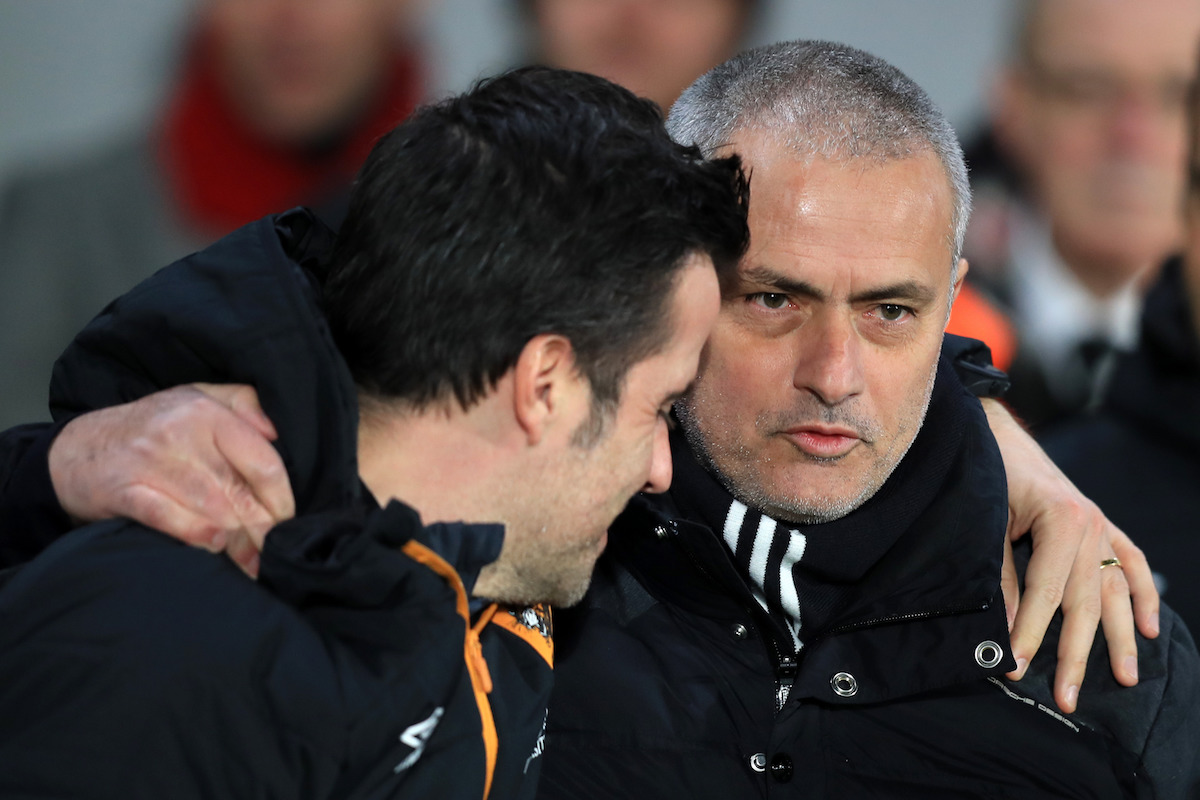 “I knew that Marco is such a good coach. It is still a difficult job in hand, a big fight with six or seven teams for relegation,” said the fellow Portuguese manager.

“They sold, they bought, they got players on loan. They got players that Marco knows well, that he knows from Portugal and Greece. They are already connected with the manager's ideas. I think he was clever.

Against Chelsea it was a similar situation. According to WhoScored, although the Blues edged possession overall, something clicked in the second half. Hull had 54.6% of the ball, edged Chelsea 6-5 on shots and made more tackles and completed 3% more of their passes.

It was impressive, caught out by a Gary Cahill goal from a corner, there was little to show between the two sides. You wouldn’t have instantly known who were the runaway league leaders and who was struggling at the bottom end of the table.

Holding possession against the top teams

Against United and Chelsea, Hull didn’t succumb to the pressure of playing against a top team. On Thursday, they actually had more of the ball than Mourinho’s team – 652 touches to 573. They were only behind Chelsea by 33 touches and 47 passes. They trumped United by 62 passes in the League Cup win.

It wasn’t as noticeable against Bournemouth – another team that like to play attractive football. Losing the touch battle 551 to 752, but the home side, who won 3-1, made more key passes. When they were in possession they were doing more with it.

The biggest noticeable difference from the games before and after Silva’s arrival is the influence that Huddlestone has over dictating the play. Jake Livermore’s departure to West Brom has helped that too.

In the fixtures against West Brom and Everton, Livermore saw more of the ball than anyone else in the Tigers line-up. That’s now changed, obviously, but against those two Livermore made 93 and 89 touches. Huddlestone, against Chelsea, made 98, only Harry Maguire, with 101 made more. N’Golo Kante with 84 is the only player in Antonio Conte’s side to come close.

Maguire and Huddlestone did it again on Thursday, with 87 and 84 respectively. Marcos Rojo with 67 topped the United charts. 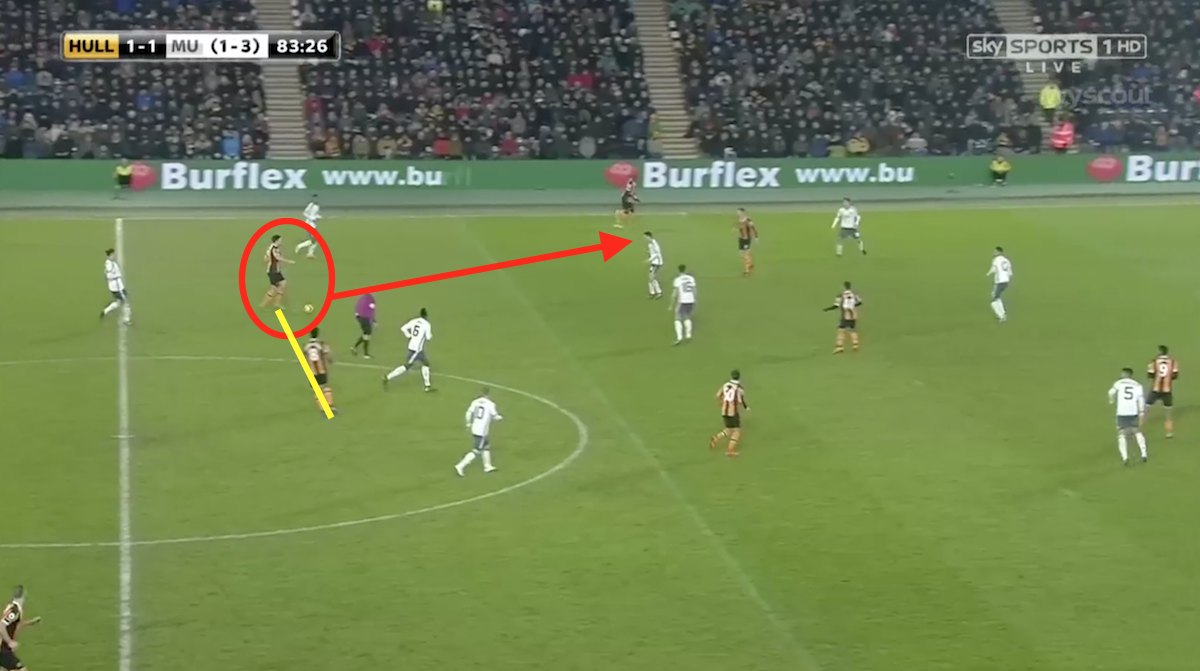 Due to how comfortable he is on the ball; Maguire is allowed to push on and nearly become part of the midfield. When the team are under pressure, they look to Huddlestone, when he is closed down, he looks to Maguire. It’s simple, but it’s effective and Hull manage to hold on to the ball more often than not.

In the 2-2 draw with Everton, it was Hull’s full-backs and wide players that dominated possession. Now, with the control coming from Maguire and Dawson flanking Huddlestone, the wide players, especially the full-backs, can get further forward, do more damage higher up the pitch, without having to spend too much time on the ball.

That created the second goal on Thursday, and it’s a system. playing either 4-2-3-1, or 3-5-2, that will suit the likes of Andrew Robertson and Niasse.

If Marco Silva can translate this change in system and mentality into points, and someone perform the great escape with Hull City, the comparisons with Jose Mourinho, regardless of how much he dislikes them down, will continue to develop.

“I don’t like the comparison with José,” he said on his arrival. “It’s not a bad one and José’s a fantastic, open person but I don’t like it.”

Regardless of your opinion on whether or not British managers should be getting more opportunities, there is always space for forward-thinking, intelligent coaches that are ambitious and want to constantly improve – Hull have that personality in Silva.

“In Greece I was already thinking about the next step – learning English was part of that,” he says. “The Premier League is the biggest league. Now my biggest ambition is this miracle.”

Achieve the impossible and the European city of culture will have a new hero, and then, everyone will know the name, Marco Silva.

Newcastle United have made another transfer signing and are on the cusps of possibly doing more work in the market. Steve Bruce will hope his team...

Live streaming is one of the most popular sports betting features nowadays, and many punters look to try out platforms that offer it. In our...