“Me quedo, me quedo,” (“I’m staying, I’m staying”) were the words supposedly mumbled to a journalist by Isco on transfer deadline day as speculation regarding a possible exit from Real Madrid increased.

Diario AS featured Isco on the front cover that day with the simple headline: ‘Malaga or Tottenham’. The next morning ‘me quedo, me quedo’ was stamped on the front of the same newspaper. He did stay, but many wished he hadn’t – even those in the capital.

Things weren't meant to be this way for the gifted midfielder: it seemed unimaginable that such a scenario would ever arise after Florentino Perez had handed €30 million to Malaga for his signature three years ago.

Isco was supposed to be different, someone who the Real faithful would eventually call one of their own. Now, though, he’s treading an all too familiar path: one which Kaka, Mesut Ozil, Arjen Robben, Wesley Sneijder and plenty more have walked before him.

The then 21-year-old signed for Los Blancos following an outstanding season with Malaga, playing a key role in the Andalusian side’s prolonged run in the Champions League and an eventual sixth-place finish in La Liga. His class and silky flair were a major influence in Spain’s under-21 European Championship triumph that summer – as he finished the tournament as the third-highest scorer and won a place in the team of the tournament. 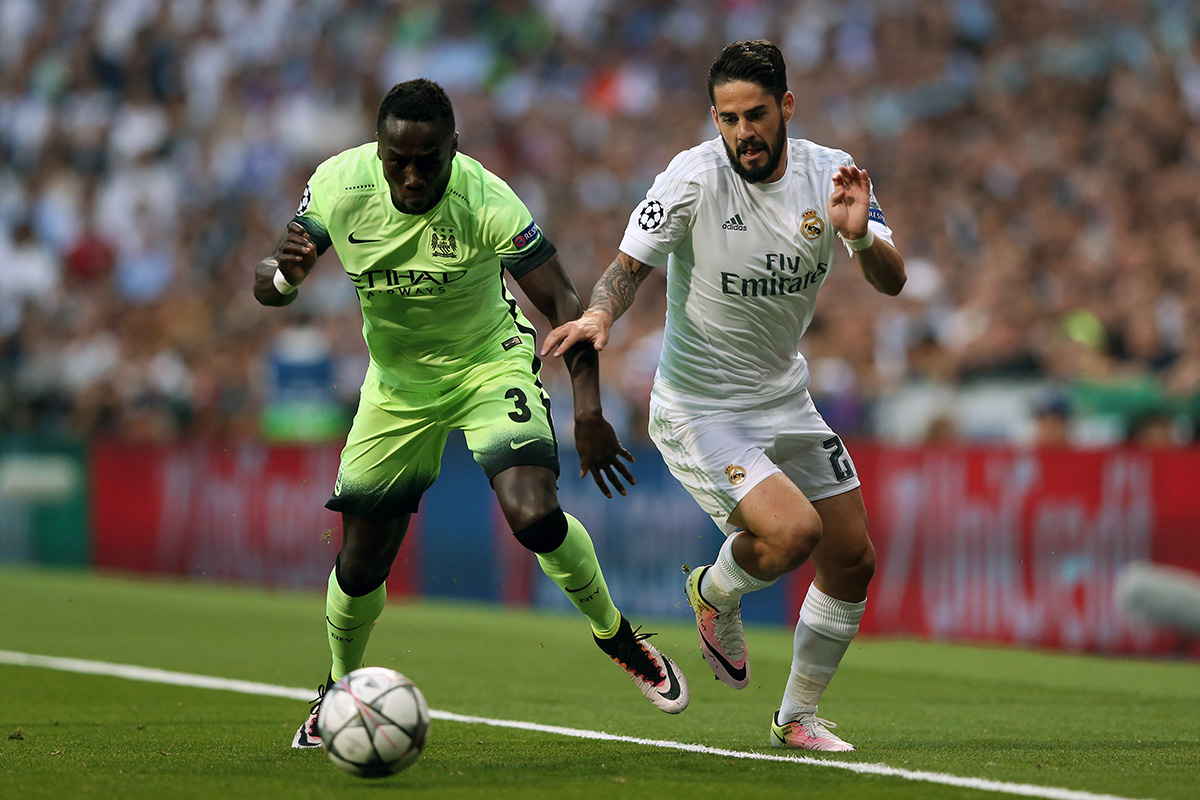 In the same season Isco had also collected the Golden Boy award, the Trofeo Bravo and La Liga’s Breakthrough Player prize. The Ballon d’Or was supposed to be next.

Real Madrid’s plan was for Isco to spearhead a new generation of young, Spanish talent with the likes of Jese, Alvaro Morata, Dani Carvajal and Asier Illarramendi. A golden generation were assembled to bring Florentino Perez success in the same way Barcelona’s homegrown crop had dominated the world for club and country.

Isco couldn’t have got off to a better start, assisting then scoring an 85th minute winner on his debut in a 2-1 win over Real Betis. ‘Hope is called Isco’ ran the AS front page the following day – three years later, that hope has almost evaporated.

Assessing his three seasons with Merengues, you are left unable to shake the feeling that Isco’s story is more about what should have been rather than what has been. By now, the ex-Valencia prodigy should be an undisputed starter for club and country and the main source of hope for La Roja.

Instead, national boss Vicente del Bosque opted against selecting him for two consecutive international tournaments, while club manager Zinedine Zidane has shown little trust as well. Isco may have won six trophies – all of which were cup competitions, including two Champions League titles – but, in truth, he has been a peripheral figure and has yet to leave a significant mark on the team. 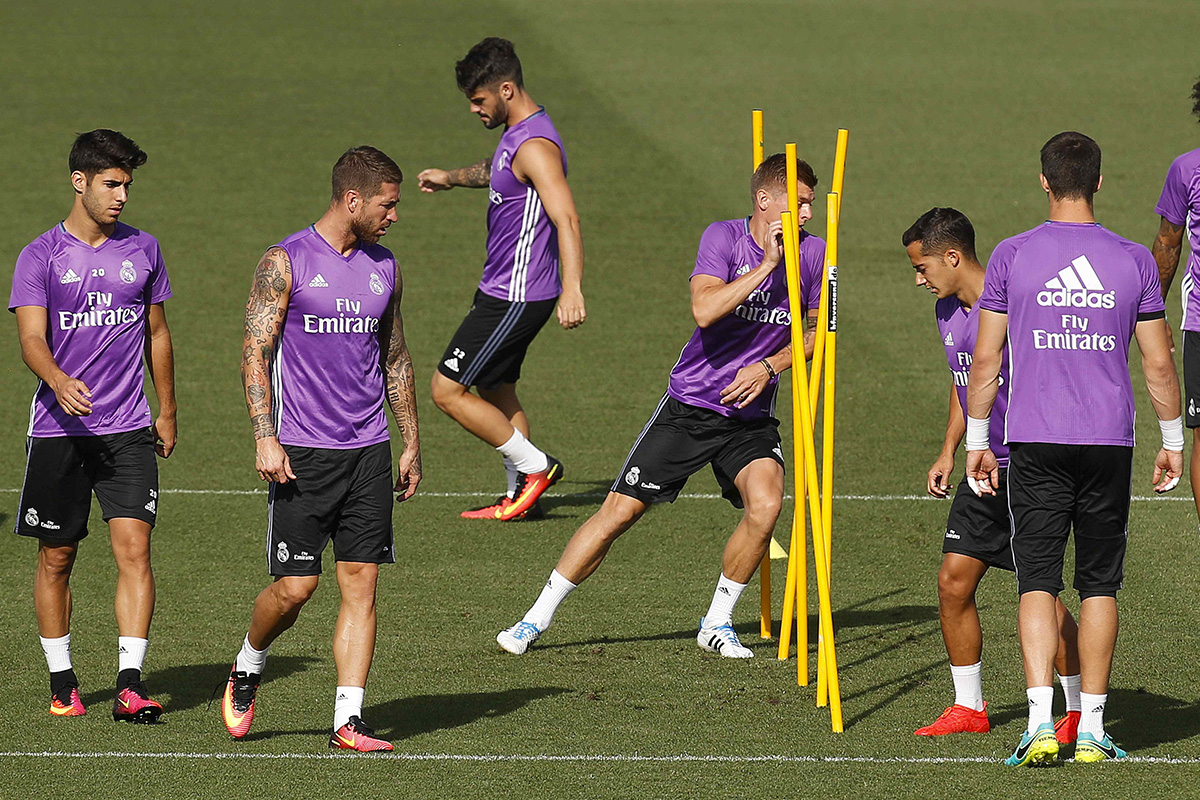 From a potential Real Madrid leader, to being linked with a loan back to Malaga or Spurs is an alarming descent for someone who had been placed in the same category as legends, such as Andres Iniesta.

To add to that, there is every chance he will be completely overtaken in the coming months by Marco Asensio – Spain’s most prestigious talent at present. The Golden Boy award may be neatly placed on Isco’s mantlepiece but that tag is being well and truly grasped by the Palma native, who was once considered to be the next version of Isco – yet some might tell you he is already better.

The 20-year-old’s debut campaign at the Bernabeu has begun immensely well, he is settling into his surroundings seamlessly and it is telling that Zidane has already taken to him. The Frenchman is sure to know a thing or two about bright talent, and his confidence in Asensio to start as the team’s go-to No10 – ahead of Isco and James Rodriguez – speaks volumes of the youngster’s ability.

Real’s start to the season has been anything but easy, a 3-2 UEFA Super Cup win over Sevilla was followed by two potential banana skins in La Liga at Real Sociedad (won 3-0) and at home to Celta Vigo (won 2-1).

Asensio’s quality has been central to Real avoiding any slip-ups, though. There is a smooth combination of incisive passing and purposeful dribbling to Asensio’s game which makes him the sort of player you want to see on the ball as much as possible.

Someone who commits defenders with feints, small, skilful touches, the youngster moves elegantly across the pitch. That stylish demeanour should not disguise from the amount of work Asensio puts into each game, however, his pressing and effort when tracking back has been as good as anyone wearing the white jersey, which is undoubtedly why he has been accepted by all associated with the club so soon. 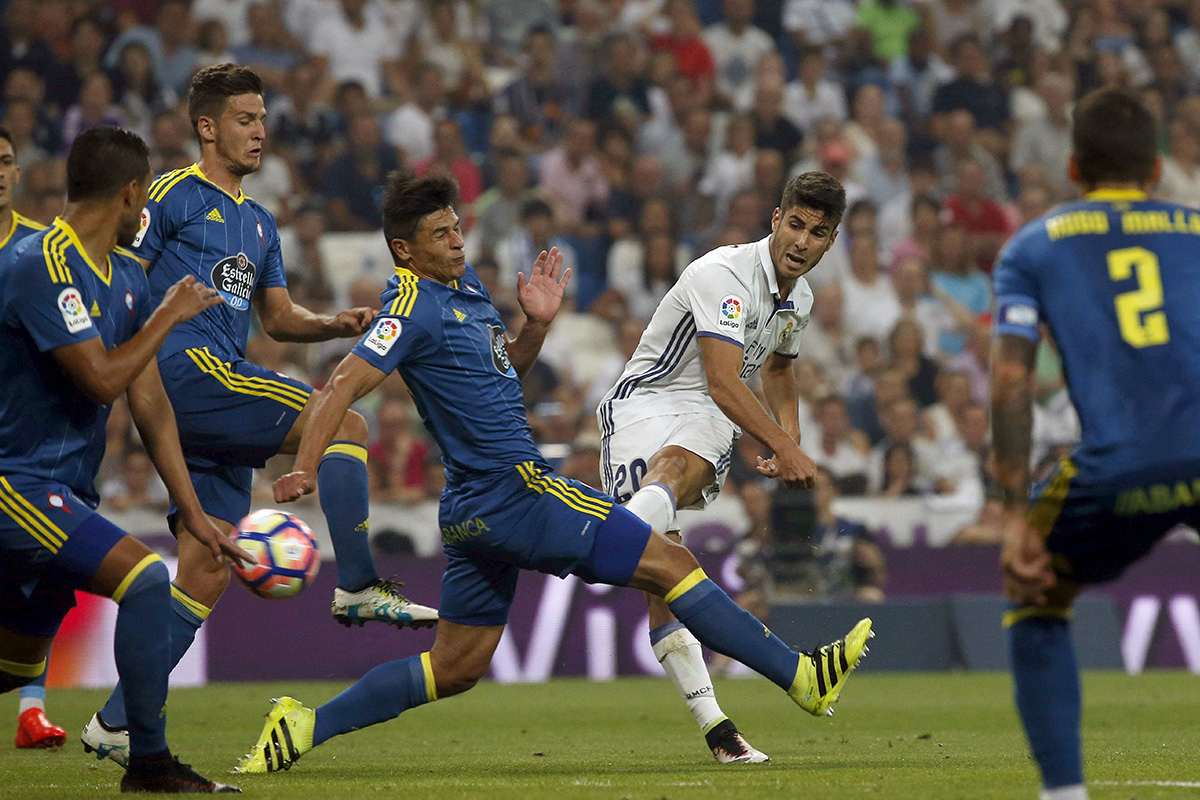 To top it off, he has found himself on the scoresheet twice, already. The first of those pair of goals against Sevilla was a superb 25-yard piledriver and the other at La Real was a beautiful lobbed finish after he controlled a long ball with a deft first touch. The two goals showed two sides to Asensio: graceful but ready to fight.

Perhaps what has impressed Zidane the most is the responsibility Asensio has taken on to make things happen for his side, and the ease with which he is able to deal with pressure. Asensio sees the pressure not as a burden or an excuse to hide but a perfect chance to display his fearless attitude. Taking all of that into account, it is not unreasonable or sensationalistic to suggest that Real Madrid have a potentially world class player on their hands.

That much was figured out by Mallorca; the team at which Asensio honed his skills at youth level. The strides he was making as a teenager in the island club’s youth ranks were so great that he could no longer be ignored, and by the age of 16 he was promoted to the ‘B’ – or reserve team – in the fourth tier.

The Tercera Division is by no means a walk in the park; a semi-professional league that contains many a grizzly character, rough pitches and is one that can be brutally ruthless. It did not put Asensio off, instead his vision, technique and end product were so good that he was attracting major attention from scouts from Europe’s biggest clubs.

He would inevitably make the rise to the first team in the 2013/14 campaign, although it was not until the final stretch of that season that he began to hold down a regular place in the side. Things would only move quicker for Asensio as he became a certain starter under new manager Valeri Karpin the following season, who tweaked his position and made him the absolute creative hub of the team. That switch was vindicated with three goals in the first month of the new term and brought Real Madrid calling within a couple of months – they would eventually snap up the youngster for a mere €4 million.

Asensio has remained humble for the two years in between signing for Real and making his debut. He completed the 2014/15 season at Mallorca and spent the next year on loan at Espanyol where he shone brightly, picking up 12 assists. The application that goes along with the ability is now being rewarded on the highest stage.

Real Madrid’s long-term strategy has been out in the open for some time: accumulating the best Spanish talent to form a generation of ‘homegrown’ winners. Aside from Dani Carvajal, no other player from the last wave of youngsters brought to the club has put their stamp on the team, nor has Isco been the leader many wanted him to become.

The next set of promising youngsters of whom big things are expected include Jesus Vallejo, Borja Mayoral and Marcos Llorente. It’s a tough ask for all of them to become integral components of a Real Madrid team, but if they do then at the head of that spine will be Marco Asensio. Spain has found its new golden boy.