Not so long ago, AC Milan were the grand old team of Europe. Utilising the Milan Lab and its techniques to measure player fitness and proactively prevent injuries, they were able to prolong the careers of an array of stars.

The likes of Paolo Maldini, Alessandro Nesta, Clarence Seedorf, Gennaro Gattuso and Filippo Inzaghi were able to play until well into their 30s, operating at the highest level for years longer than is traditionally expected. Indeed the Rossoneri won the Champions League in 2007 with the oldest team in the history of the tournament’s final, with an average age of 31 years and 34 days.

But, when that great side finally went into irreversible decline, departure and retirement, there was an inevitable void left within the club’s playing ranks. And, after failing to replace quality with equal quality, they fell down the Serie A table. Consequently, this season is the third consecutive year that Milan have been absent from continental competition. Fortunately, this run could come to an end soon courtesy of a complete shift in strategy.

While before they relied on keeping ageing talent fit, now Milan are focusing on developing and improving young stars. This season, they have consistently fielded a starting lineup with an average age of between 24 and 25 years. Among the most promising individuals are 21-year-olds Alessio Romagnoli, a ball-playing centre-back, and M’Baye Niang, a versatile forward with real pace and skill. Additionally, 23-year-old creator Suso has hit superb form this term, while 20-year-old right-back Davide Calabria is considered the long-term replacement for Ignazio Abate. 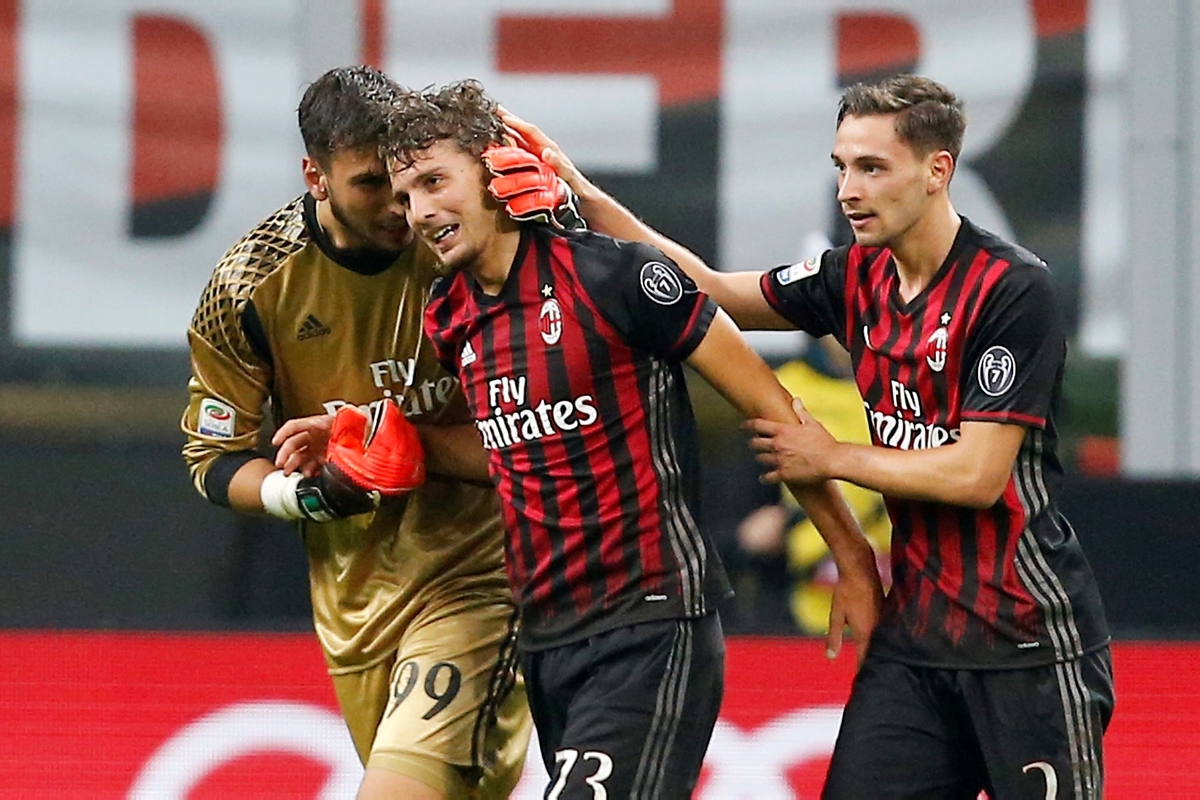 However, the two stars are Gianluigi Donnarumma and Manuel Locatelli. The former, a 17-year-old goalkeeper, established himself in the line-up last year and has quickly become one of the team’s most important players with a series of match-changing saves. The latter, meanwhile, has arguably been the breakout star of the 2016-17 Serie A campaign.

Locatelli was handed his starting spot in the absence of Riccardo Montolivo. The club captain and experienced midfield pivot picked up a long-term injury while on international duty with Italy in a friendly against Spain and, while he had been in poor form, Milan’s lack of squad depth made his being unavailable a dilemma. But the 18-year-old Locatelli was on hand immediately, not only to fill in, but improve the team’s play from the base of midfield.

His emergence began with a Roy of the Rovers-style goal. Coming on as a substitute at home to Sassuolo with the team 3-1 down, Locatelli proceeded to lash home a wonderful left-footed strike from outside the box. His celebrations will be remembered for years to come; he wheeled away frantically, unable to quite grasp what he had just done, before emotion overcame him. Tears filled his eyes while team-mates and fans congratulated his equalising effort.

Milan’s next home game came against reigning champions and league leaders Juventus. Montolivo was injured by this point, and so there was no choice but to play Locatelli, whose cousins are Juve fans, from the start. He repaid head coach Vincenzo Montella with another stunning goal, this time with his right foot. The Rossoneri held on to win 1-0 and his goal was seen as the definitive beginning of a new chapter in Milan’s history. 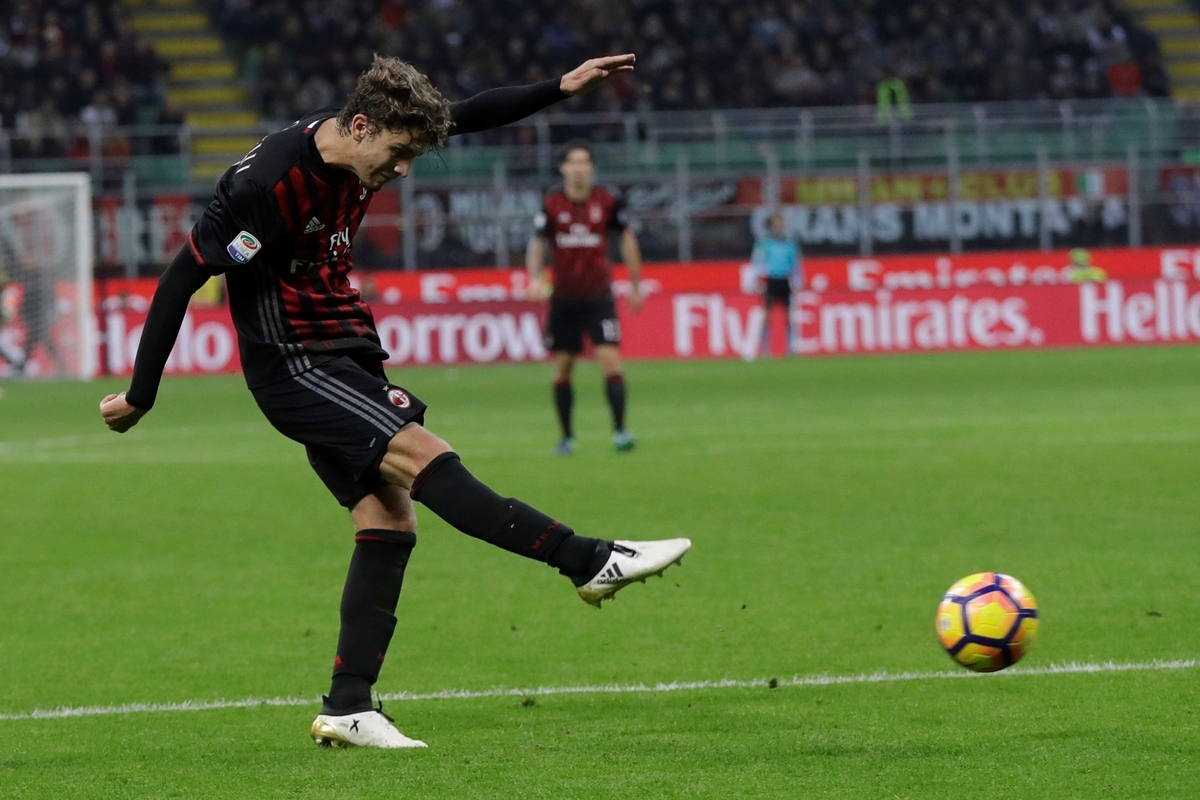 Andrea Pirlo comparisons were being made long before Locatelli announced himself to Italian football with those stunning strikes. Yet, while the two operate in the same area of the pitch, there are fundamental differences between them in terms of playing style and character. Pirlo was always nonchalant, a carefree figure who moved and passed in an unhurried manner seen more often in Spain. But, along with his shots and passes, Locatelli brings the sort of industry and passion that is typical of Italian midfielders.

He couldn’t have had a better schooling in the game, starting his career with Atalanta — a club renowned for producing elite players — before joining Milan’s youth academy at the age of 11. He has been involved with the Italy national setup at almost every age group, from under-15 through to under-19, and a senior call-up may not be far on the horizon. He was brought in to the national team squad for a get-together and impressed coach Giampiero Ventura, who said: “Being called up for a get-together is not the same as a proper call-up, but that doesn’t mean he’s not ready for the Nazionale.”

The early signs are extremely promising, and beyond the goals and widespread praise lies a young midfielder who possesses just as much substance as he does style and hype. In nine league starts this term he has averaged two tackles and 0.8 interceptions per game, making him one of Milan’s more reliable defensive players. He is surprisingly assertive for a young and lithe director, is a committed tackler, and has sound positional nous.

His awareness carries through into the possession phase, where he not only seems to have a better understanding of where to be than Montolivo, but is also quicker in getting there. Constantly looking to ensure he is able to receive a pass from his central defensive team-mates, Locatelli is key to Milan’s patient ball circulation in the early stages of their build-up.

Few average more passes per game than he, but his distribution is more about intelligence than quantity. He is always looking to break the lines, playing through rather than around the opposition. While this occasionally has led to giveaways and trouble, as it did against Juventus, he has an unerring composure and willingness to try and find more advanced colleagues. 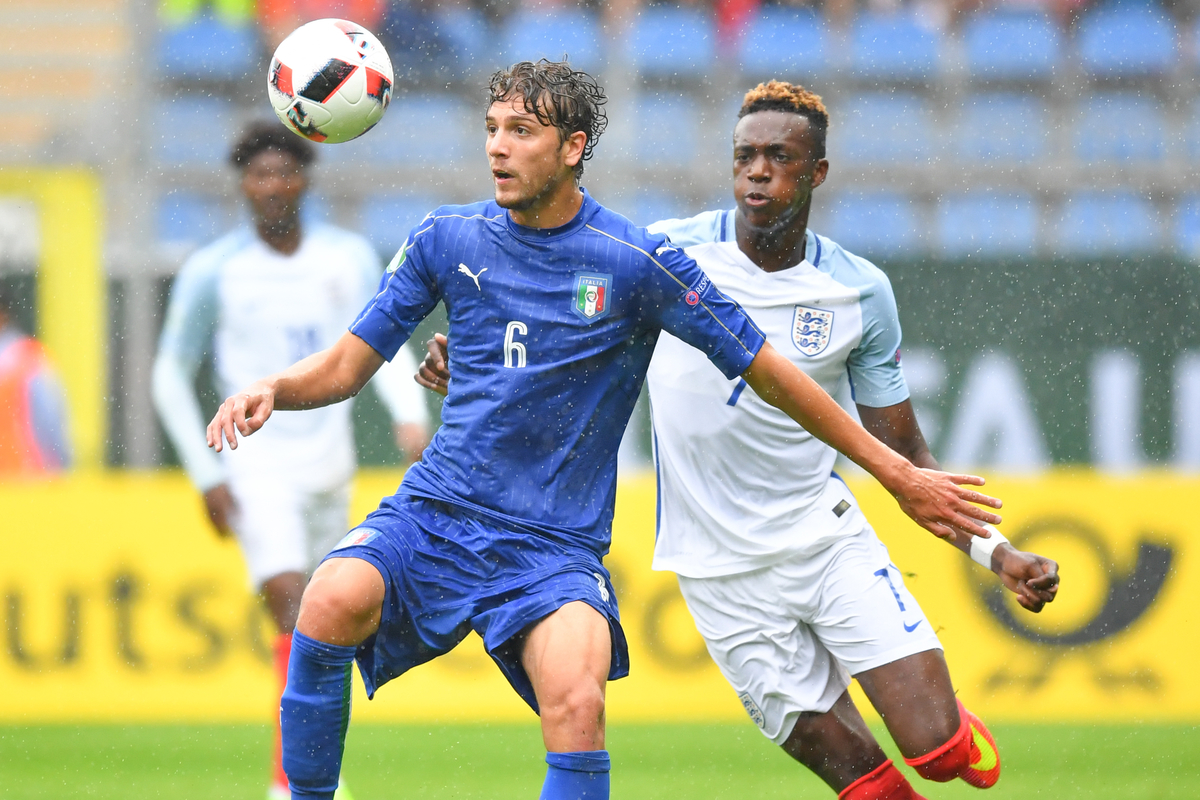 Tactically astute, wholehearted, comfortable on the ball and rugged off it, Locatelli is also keen to keep learning. “It [2017] was an important year for me, as I made dreams come true and things happened that I never expected, but I have to continue like this and hope to do well in the next year too,” he recently told the press. “I have to keep working, because the best is yet to come.”

Perhaps what is most exciting about the current Milan side is not simply their youth, but the fact they are competitive despite a sizeable gap in experience when compared to their rivals. Currently, they sit fifth in Serie A and are well in the race for a top-three finish and a return to the Champions League. At just 18, time is on Locatelli’s side, but he is already playing a vital role in his club’s resurgence.