Everton make the short trip across Stanley Park on Saturday afternoon looking for their first win away to Liverpool since September 1999. It’s perhaps their best opportunity in close to two decades to end their Anfield jinx.

The last time the Toffees claimed three points at the home of their Merseyside rivals, Westlife were Flying Without Wings at the top of the charts, Kevin Spacey was starring in American Beauty, Liverpool's Ben Woodburn was one month away from being born and nine-year-old me was smug at the fact he was allowed to stay up late on a school night.

Richard Gough played for Everton last time they won at Anfield. He made his debut as a footballer before Kolo Toure was born.

Walter Smith was at the helm as Kevin Campbell scored the deciding goal early on. It was a passion fuelled game which saw Liverpool finish with nine men after red cards to both Sander Westerveld and a young Steven Gerrard; Francis Jeffers received his marching orders for the away side.

The Guardian wrote up a report after the match and you could be forgiven for thinking they were describing Liverpool’s modern-day defence.

However, since that defeat the aggregate scoreline at Anfield reads 27-9 in favour of the home side.

To say it's been an unhappy stomping ground for the boys in blue would be an understatement. In three of the last five Anfield derbies, Liverpool have run out as winners by a margin of three or more goals.

These recent results have come when Everton have had their best team since the 1980's. During the 2013/14 season, the Toffees earned their highest ever points haul with Roberto Martínez reopening the School of Science, yet still lost 4-0 at Anfield.

For quite some time now, Merseyside has been red. But is that bubble about to burst?

Why the Reds Should Be Wary Of The Blues

First off, all streaks come to an end, just ask The Undertaker. Everton head into the game in fine form having won seven of their last 10 matches since the turn of the year.

They sit in seventh position, just six points behind Liverpool, and have only tasted defeat in the league once since the derby loss the week before Christmas.

As unlikely as it is, if they have a strong finish to the season Everton could be in the mix for Champions League football come May.

Ronald Koeman's men aren't just winning games; they're putting teams to the sword with complete performances. They have seven clean sheets, conceded seven goals and have scored 26 times in the Premier League during 2017. 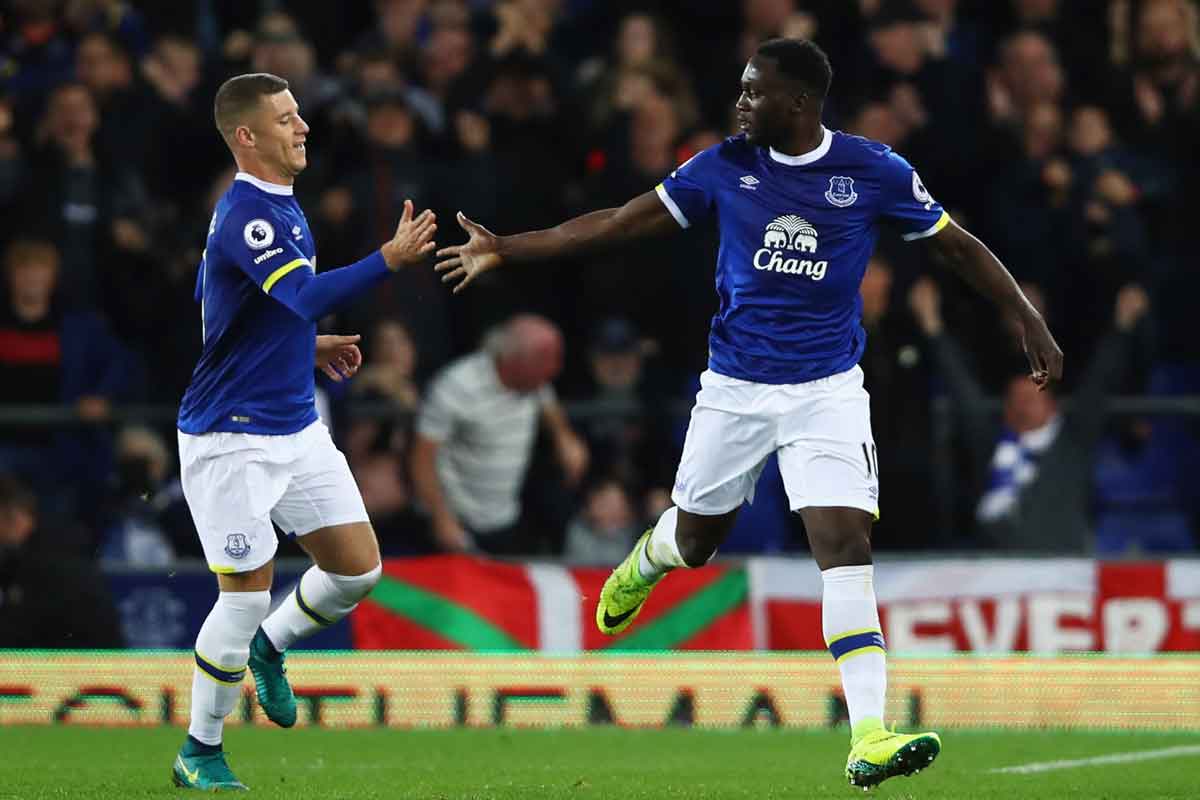 Contract rebel Romelu Lukaku has been involved in 15 goals in his last 11 matches — he's scored 12 and assisted a further three. He's scoring a variety of goals and looks almost unplayable in current form.

Ross Barkley has rediscovered his swagger after a mid-season blip. The England international has five assists to his name in his last nine starts. The 23-year-old looks to finally be delivering on his potential under the guidance of his Dutch manager.

If Morgan Schneiderlin is passed fit then, aside from the injured Seamus Coleman, it's Everton's strongest eleven.

The defence is possibly the weakest part of their team, but with the the former Manchester United midfielder, Idrissa Gueye and the energetic Tom Davies shielding it, they don't look likely to give up many chances.

However, if Schneiderlin isn't passed fit and Gareth Barry starts, then Sadio Mané could have a lot of joy against the ageing midfielder, Leighton Baines and Phil Jagielka, as he drifts from his wide position.

Jürgen Klopp's men know they can't afford to drop anymore points in their quest for Champions League football, which means they have to come out and attack. This works in Everton's favour as the attacking trio, especially Lukaku, seem to thrive when playing on the counter.

READ MORE: WHY SADIO MANE IS THE MAN TO GET LIVERPOOL FIRING

It will be up to the Reds to nullify the effectiveness of Koeman's midfield, but without the injured Adam Lallana they have a task on their hands. Jordan Henderson has reportedly been training this week but if he's not passed fit, Liverpool have a conundrum on their hands.

Does Klopp start Philippe Coutinho in a deeper role and bring in Divock Origi? Or does the German play it safe and use Lucas Leiva in his natural centre-midfield role? The latter would see Emre Can play a more box-to-box role as opposed to the defensive midfield one he's been utilised in in the absence of the captain.

The 23-year-old German has put in some impressive performances at the heart of the midfield as of late and moving him would have an impact. If Lucas starts in that holding berth there's a risk the Reds will be overran centrally.

If Klopp tries to counter this by using Can alongside the Brazilian then the home side could come across as being too defensive. It wouldn't be a bad thing if it wasn't a must win game. 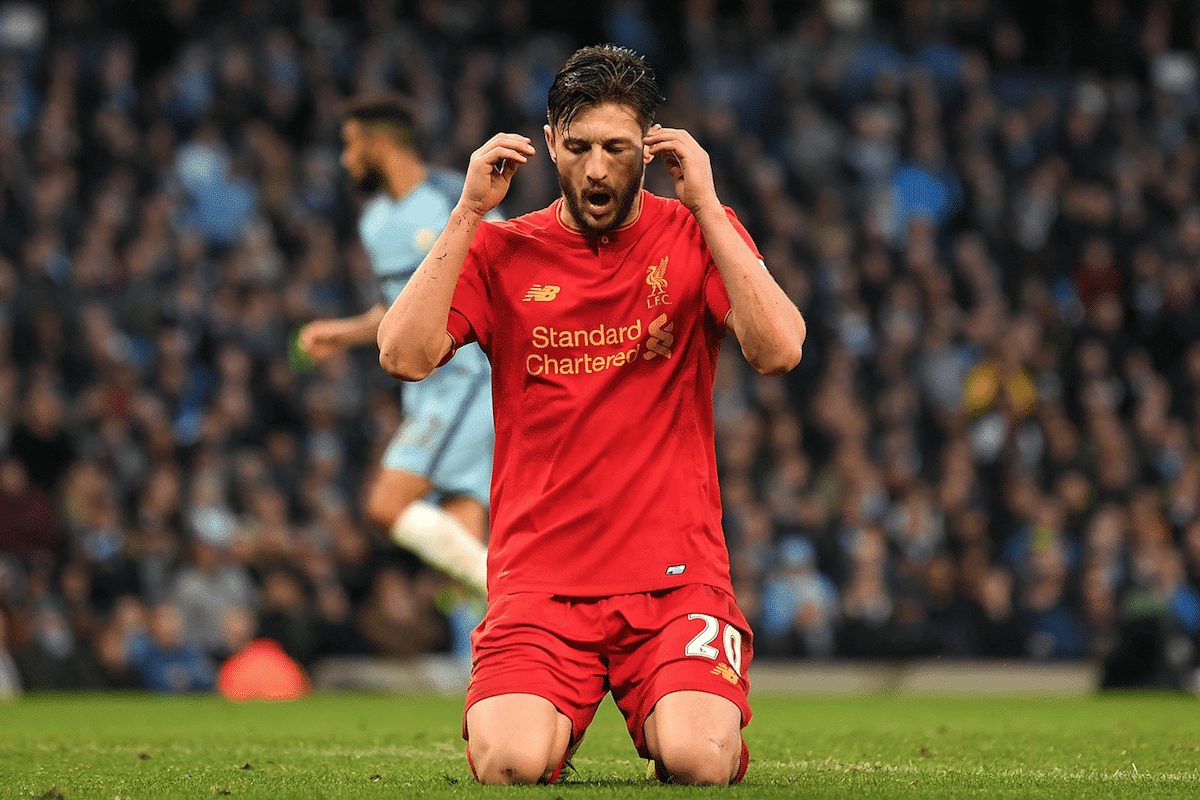 READ MORE: CAN LIVERPOOL COPE WITHOUT THE INJURED LALLANA

Everton could, and should, look to take advantage of a makeshift Liverpool midfield — there could be a disconnect between the trio as well as the defence they're protecting.

Dejan Lovren is expected to return to the side following on from an injury which kept him out of recent wins over Arsenal and Burnley as well as the draw against Manchester City.

The Reds know a win against their neighbours lifts them up to second in the table on level points with Spurs, albeit having played two more games than Pochettino's men and three more than Manchester United and Arsenal.

Having said that though, it's better to have points on the board as opposed to games in hand. Especially when you consider after the match against Everton, Liverpool don't face any of the top seven teams for the remainder of the season.

They are all games a side with top four aspirations should be winning, and if Liverpool do, they have every chance of playing in Europe's premier club competition next season.