In the 28th round of the 2020/2021 Premier League edition, Manchester United will be hosting West Ham at Old Trafford. This article aims to provide you with the latest information about the squads, as well as the best free betting tips on the game.

Our predictions for Manchester United vs West Ham

Here you can take a look at our experts' unbiased take on the match-up. For a detailed write-up and prediction scroll down below.

The odds are true at the time of writing, but you should always remember that they are subject to constant change. Our recommended bookmaker for this match is Ladbrokes.

West Ham is having a magnificent season breaking into the big 6’s chokehold. However, it’s hard to believe that their form will be enough to take down the Red Devils. Manchester United is still into the title race, so a win here is extremely needed. What's more, we haven't seen United lose since 27.01 which means they have been undefeated in 12 consecutive matches. West Ham pretty much either loses or wins. In their last 4 matches, they have been victorious 3 times and lost once.

Both sides are quite capable of finding the net. Here the major factor will be whether United can keep a clean sheet. We can easily predict Solskjaer’s team to get on the scoresheet, and the only risk is that West Ham fails to. West Ham is a relatively good guest, though. in their last 5 away matches, they have scored 8 goals.

Bruno Fernandes to have 2 or more shots on target

The absolute star-player at Old Trafford Bruno Fernandes has been making highlight after highlight. The top contender for the player of the year award is a key figure in his team's line-up. Scoring 16 league goals so far this season, and providing multiple assists, getting 2 shots on target doesn't seem like it will trouble Fernandes.

Man Utd vs West Ham: Explore the best odds and the top stats

Check out which operators give you the best value but also pay attention to the recent numbers posted by both teams.

The Hammers are enjoying a spectacular season, taking 5th place in the PL. Their last 5 games have resulted in wins over Tottenham, Leeds, and Sheffield United, while also losing to City and drawing with Fulham. West Ham also faced United a little over a month ago in an FA Cup tie which saw additional extended time being played, after a goalless draw. McTominay made it 1-0 in the 97th minute, which saw the Red Devils through.

On the other hand, Manchester's last 5 include 2 wins and 3 draws. Notable results are a 2-0 victory in the Manchester derby, which brings back United's chances in the title race and draw with Thomas Tuchel's Chelsea. During this time the Red Devils have also won 4-0 against Real Sociedad in Liga Europa and kept a clean sheet in the 0-0 rematch. 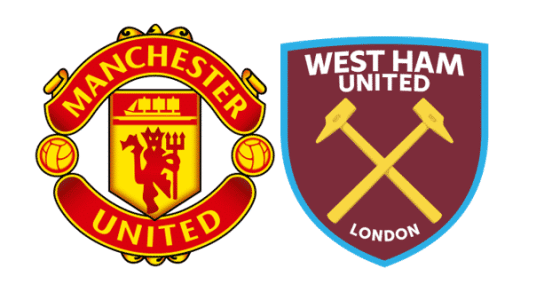