Manchester United and Watford meet this weekend in a clash of two teams enjoying a resurgence.

Since their 4-0 defeat to Chelsea last October, Jose Mourinho’s United have reignited their hope of qualifying for the Champions League, going unbeaten in 15 Premier League games, although seven of them were draws.

Meanwhile, Walter Mazzarri’s Watford are undefeated in four in the league, winning two and drawing two to move nine points clear of the relegation zone and edge closer to safety.

When and where is the game?

United and Watford faced each other last in the Premier League on September 18 at Vicarage Road, a game in which the Hornets stunned their visitors in a 3-1 victory.

Etienne Capoue opened the scoring on 34 minutes, side-footing home from a Daryl Janmaat cross to give Watford a 1-0 lead at half-time.

United equalised on 62 minutes when Marcus Rashford lashed home from close range after a defensive blunder, but Mourinho’s side couldn’t build on the goal.

Instead, Watford went on to secure a shock victory through an 83rd-minute Juan Zuniga strike and a Troy Deeney penalty deep into stoppage time. 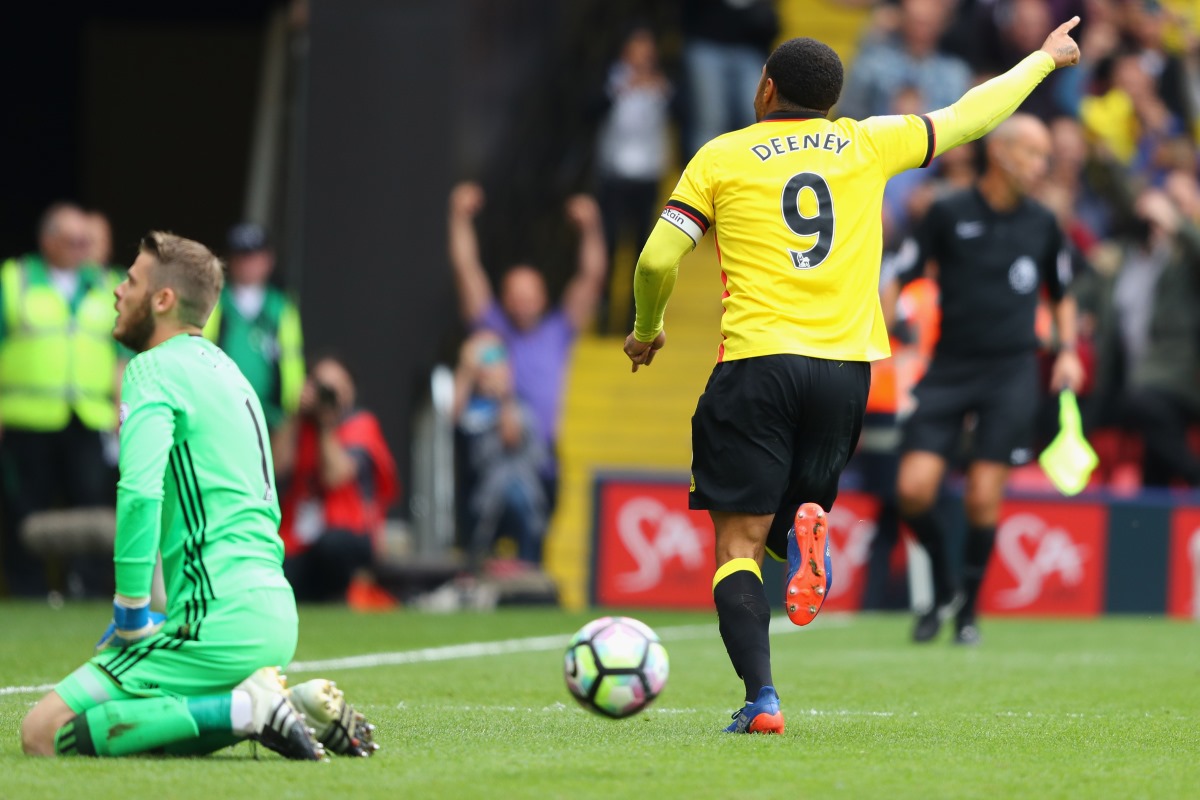 Wayne Rooney missed United’s game against Leicester last Sunday due to an illness, but he has been seen in training this week. However, even if the captain is fit for this Saturday’s game, there is once again no certainty that he will start considering the good form of Juan Mata and Henrikh Mkhitaryan, who both scored in last weekend’s win over the reigning English champions.

It remains unclear when Phil Jones will return to the first team having not played since the draw with Hull, meaning Mourinho will likely pair Eric Bailly with Chris Smalling in central defence. They should be flanked by Antonio Valencia and Marcos Rojo in a back four.

The central midfield duo of Ander Herrera and Paul Pogba should continue, though Michael Carrick is available should Mourinho want more central stability and balance within the team. Mkhitaryan and Mata should play alongside Rashford, just behind the in-form Zlatan Ibrahimovic in a 4-2-3-1.

READ MORE: Where Manchester United need to strengthen in the summer transfer window

Mazzarri will continue to be without a creative outlet in Roberto Pereyra. The Argentine suffered a knee injury in December and, after having knee surgery, he will now continue his recovery at his former club Udinese as “he can work with a better mind when he is away from the team”, according to Watford medical director Luca Gatteschi.

Goalkeeper Heurelho Gomes will likely be protected by a back four of Craig Cathcart, Younes Kaboul, Sebastian Prodl and Jose Holebas, though Mazzarri could alter the look of his midfield. Against Burnley he fielded more of a 4-3-3, but the Italian coach may go for the 4-1-4-1 used against Arsenal, with the more defensive Janmaat on the right wing. Up front, Deeney should receive support from M’Baye Niang, who has been in good form from the left wing since joining on loan from AC Milan. 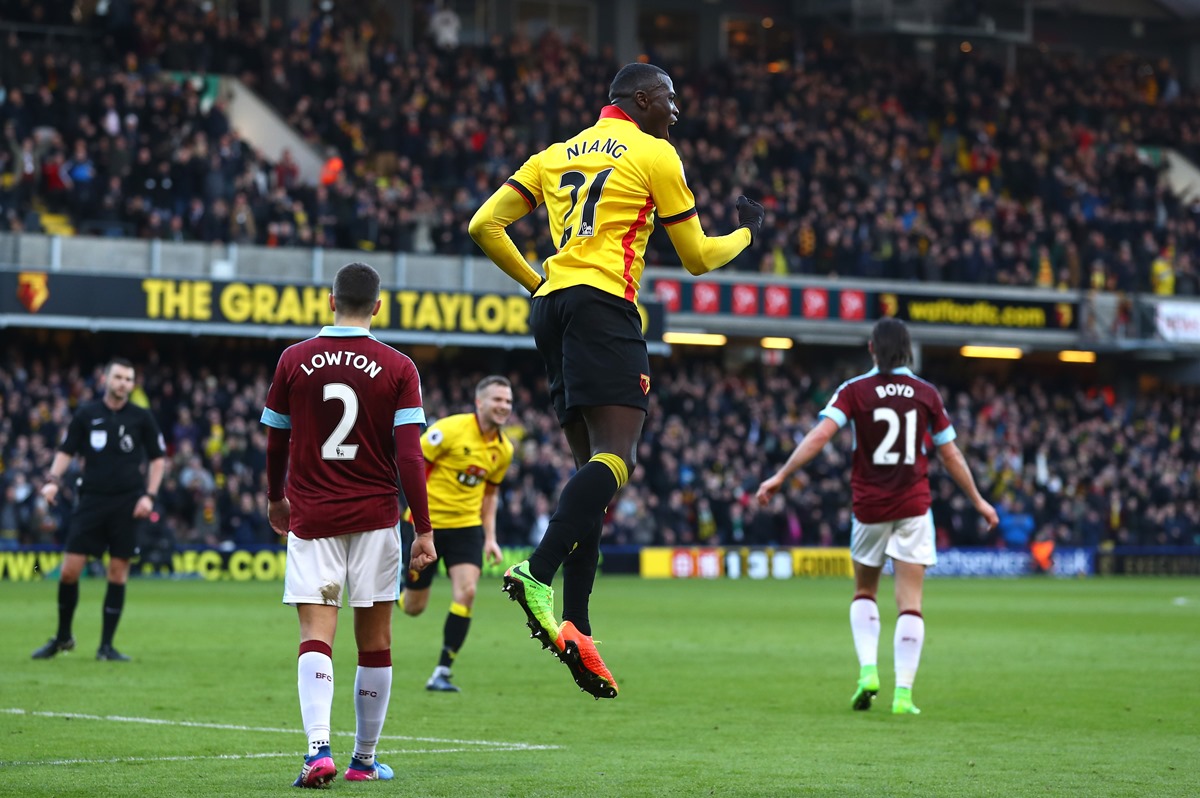 60 – The number of yellow cards Watford have picked up this season, more than any other team in the Premier League. Mazzarri’s side will need to watch their discipline against a team with as much individual attacking potency as United.

3 – The number of offsides per game forced by United. Watford will need their attackers to concentrate when trying to spring such a successful offside trap.

6.1 – The average shots on target per game made by Manchester United, a tally only Liverpool can top. Up against such accurate finishers, Watford will have to restrict the home side’s shooting opportunities in and around the box.

2.3 – The number of key passes per game completed by Tom Cleverley since joining Watford on loan. Up against his old club, the midfielder could prove key to unlocking Manchester United’s defence. 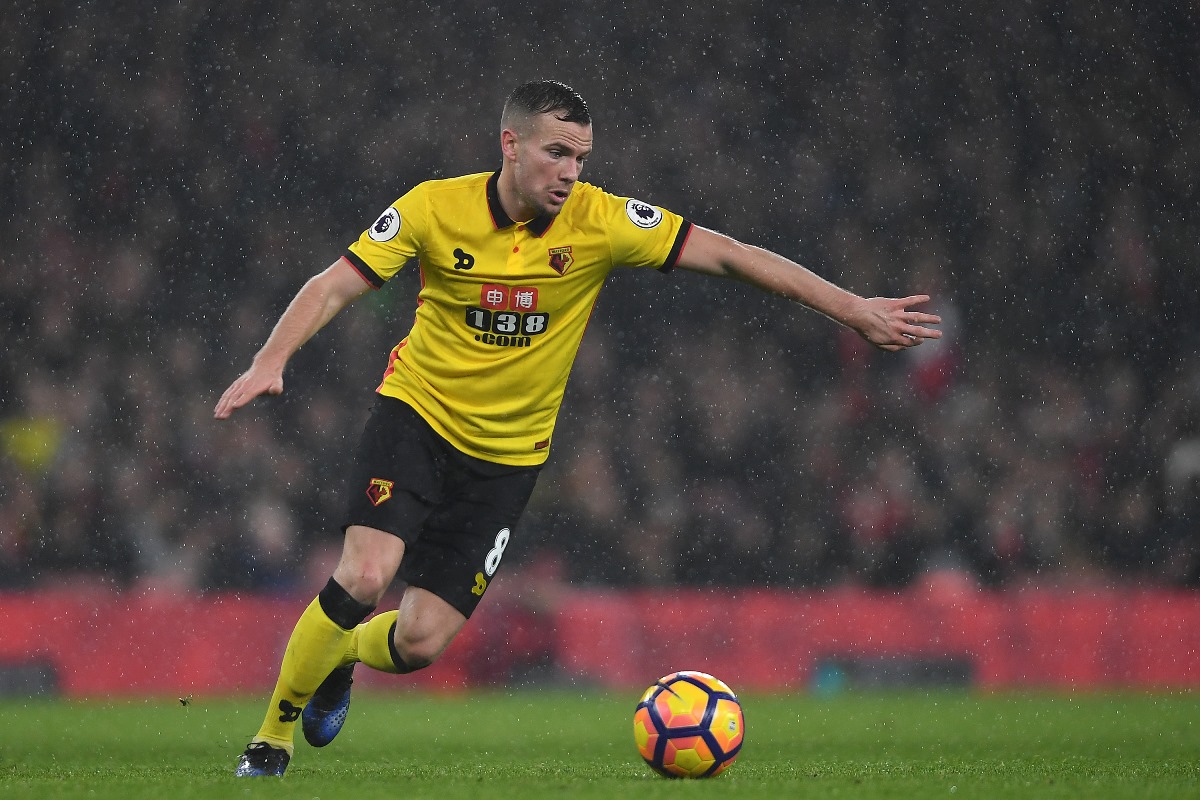 Watford will look to sit back in a deep defensive block and make the gap between their defensive and midfield lines compact, in order to suffocate the space in central areas and force United to go wide.

Mazzarri’s side will look to counter-attack with direct play, using Deeney’s aerial strength and Niang’s pure speed as outlets. Indeed, only three Premier League teams have played more long balls per game than the Hornets, and only five teams have averaged less possession than their 46.3 per cent.

Mourinho will look to create numerical overloads in attacking areas, with Pogba joining the attacking quadrant – probably made up of Mata, Mkhitaryan, Rashford and Ibrahimovic – in an attempt to pin Watford back, work combinations in and around the final third and create scoring opportunities.

With Bailly back from African Cup of Nations duty, Manchester United have less to worry about in defensive transitions, with his speed and athleticism neutralising the threat posed by counter-attacks. The Ivorian’s ability to recover should allow the Red Devils’ defensive line to operate higher up the pitch if required, enabling more effective pressing to keep play in Watford’s half and build pressure on the visitors. 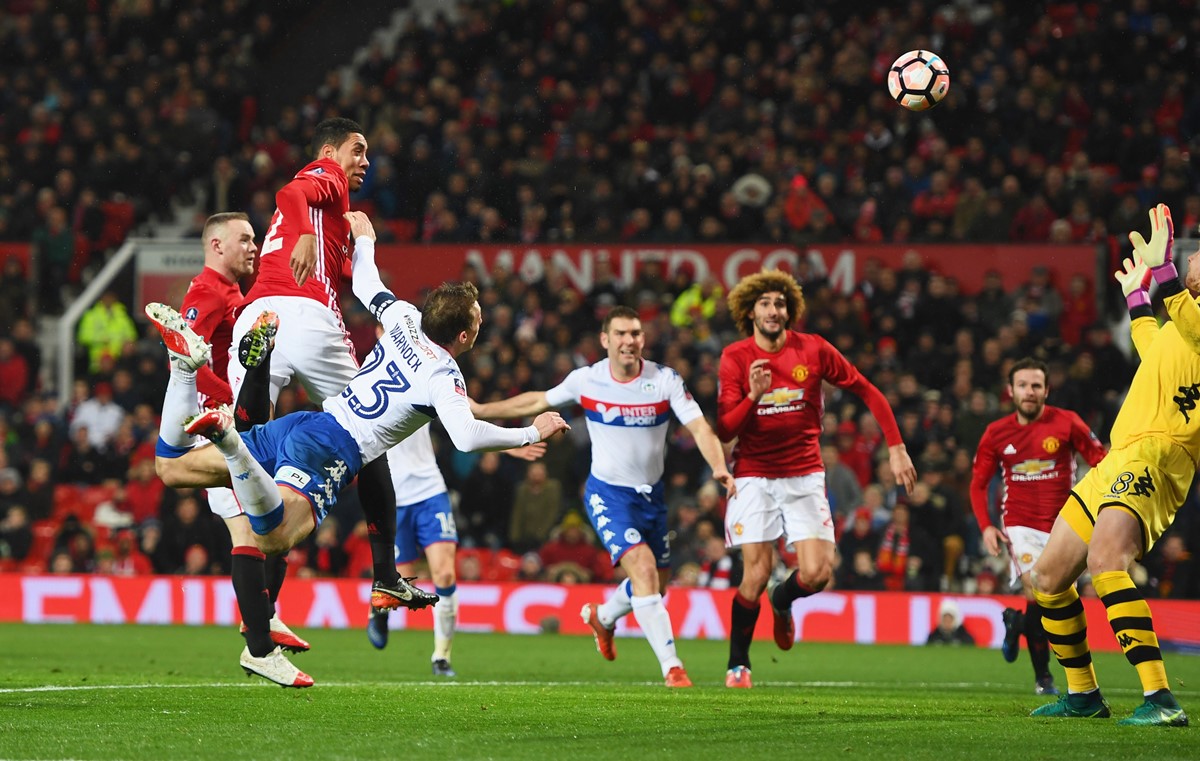 Smalling looks to have regained a more regular spot in the starting lineup for Manchester United but, while he played well against Leicester, he could encounter difficulties against Niang, assuming the Frenchman plays off of Deeney, coming in from the wide left position.

The English central defender is no slouch, but when it comes to one-on-one situations, Niang will provide him with a real threat. The attacker has completed 1.5 dribbles and 2.5 shots per game since joining Watford on loan in January, and most recently against Burnley he scored one goal and set up another.

With his confidence high, the 22-year-old’s audacity, pace, strength and skill could give Smalling serious headaches. This will prove particularly troublesome on the break, as Watford look to exploit any space in behind Manchester United’s back line.