An Ander Herrera strike sent Manchester United to their second FA Cup final in three years while extending Tottenham Hotspur’s run of semi-final defeats in the competition to eight.

Herrera, making a relatively rare appearance start for Jose Mourinho’s side this season, drilled home just past the hour and from then on the Red Devils were in control of the contest.

The defeat will be another difficult pill to swallow for Mauricio Pochettino, especailly given how his side started the contest. And it's with Spurs that we start the five things we learned from the clash at Wembley.

Spurs lost all momentum at half time

During the opening exchanges United struggled to contain Tottenham’s forwards. The likes of Alli, Christian Eriksen and Son Heung-min interchanged positions, pulled the Red Devils’ midfielders out of position and found themselves in constant space.

Spurs' goal was a great example. As they played out from the back down the left flank United pressed high up the pitch. But with Ashley Young out of position, Eriksen sprinted into the space and Davison Sanchez found him with a sumptuous pass. From there the Dane fired a cross into the six-yard box where Alli was on hand to touch home.

Son’s chance on 41 minutes highlighted the fluidity of the Tottenham attack further. Dele Alli dropped deep, drawing Herrera out of position. Ben Davies made a run forwards and inside, Dembélé played a beautiful vertical pass and the Korean was unable to finish.

However, in the second period, Spurs' movement off the ball wasn't incisive and, as United dropped deeper when Pochettino's side had the ball, their possession became stagnant.

And with Harry Kane unable to influence the contest, Tottenham were left without an idea of how to break down United.

The Spaniard was guilty of lax defensive play in the opening twenty minutes, but improved during the opening half and that enabled United to assert themselves in the game.

Herrera screened both in front of and behind United’s other two central midfielders, Pogba and Nemanja Matic, and in the second period worked hard to restrict Alli's influence on the game. 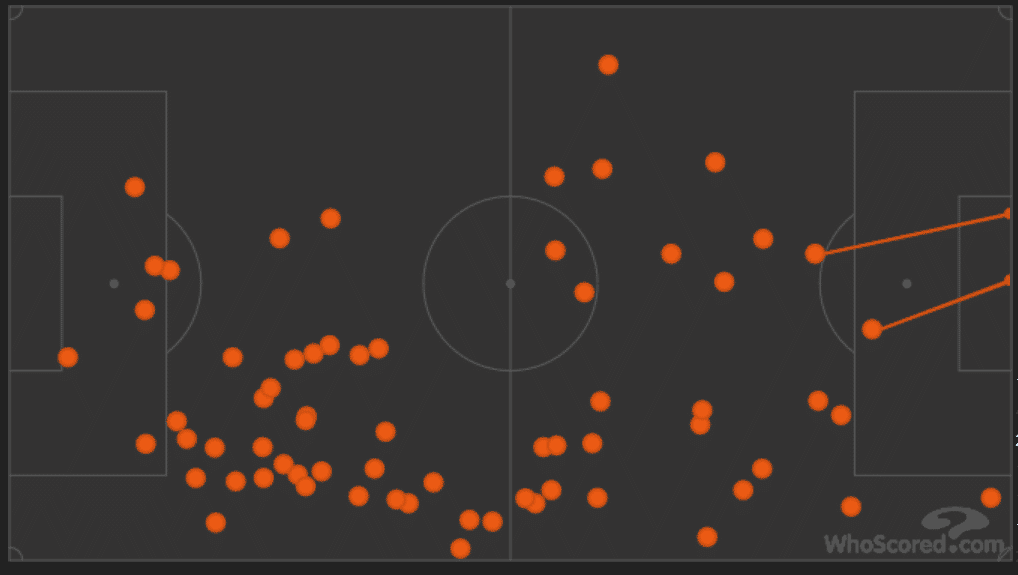 That man-marking job is one he has undertaken diligently in the past, most notably against Eden Hazard at Old Trafford last season. However, he still has the energy and desire to break forward when United turnover possession.

He is a player Mourinho knows will perform his duties to the letter and, given he was the club's Player of the Season last term, it's surprising he hasn't featured more regularly under the Portuguese during the current campaign.

The French midfielder has been one of this season's big conundrums. His talent is not in doubt but his temperament and ability to stick to Mourinho's tactical instructions have been questioned.

Many claim United won't see the best of Pogba until he is deployed on the left of a three-man midfielder. At Wembley he was given his chance. 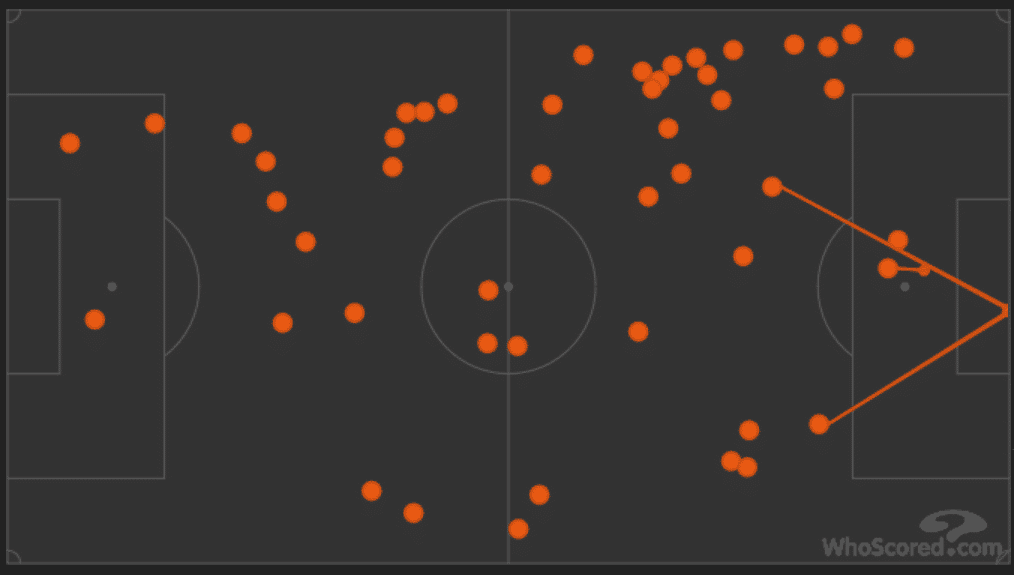 However, it meant Spurs players often found pockets of space on the right side of central midfield, holes that a more defensive left-sided centre-midfielder for United would be covering.

Eriksen exposed that space for Tottenham's opener while Son and Dembélé also enjoyed time on the ball when they moved into that area of the field.

Pogba displayed what he can do from the left side of midfield by creating Sanchez's goal with a sublime cross. Yet he still has to do more when United are not in possession.

Dembélé looked his age in youthful Spurs side

Mousa Dembélé has been a star in Tottenham’s midfield for several years and has produced several impressive performances this season, most notably away against Juventus in the Champions League.

However, there’s no escaping the fact that he’s ageing and was sluggish against United. The Belgian struggled to have his usual effect on the game and was dispossessed five times, one of which led to United’s equaliser.

Perhaps most tellingly was his work without the ball. When at his best the Spurs midfielder can be a one-man wrecking crew, winning back possession before transitioning from defence to attack instantly.

But against United he failed to make a single tackle and only managed one interception.

There are rumours of him moving to China in the summer and while no Tottenham fan would be happy with Dembélé departing, a big offer for a 30-year-old may prove difficult for Tottenham to turn down.

The fact Manchester United’s back four at Wembley were all bought during Sir Alex Ferguson’s tenure, and had an average age of 29.5, is a stark reminder of how difficult it's been to improve the Red Devils defence.

David de Gea’s hold on the goalkeeper’s gloves is understandable given he is world-class talent, but if you’d told United fans in 2013 that their back four in five years would be Valencia-Smalling-Jones-Young they are likely to have been somewhat bemused.

Yet credit where credit is due. While the defence may have been breached early on by Spurs, after United went ahead they looked solid and restricted Tottenham to hopeful shots from distance.

Is that back four a long-term solution? Probably not. Antonio Valencia and Young are both in their thirties, Phil Jones constantly struggles with injuries and Chris Smalling's form is wildly inconsistent.