The degree to which Manchester United’s return to form this season has coincided with Michael Carrick having been brought back into the side is almost eerie.

The Red Devils overcame a shaky start to the campaign by putting together an unbeaten run stretching from late October right up until a recent revese in the EFL Cup semi-final against Hull City; Carrick’s fingerprints are all over that streak.

But, at 35, the former England playmaker is in the twilight of his career, and can’t be expected to play two games a week over an extended period of time. Effectively replacing Carrick will be one of Jose Mourinho’s most difficult and vital tasks in the summer.

The Portuguese coach may have just been given a leg-up, however. Roma boss Luciano Spalletti admitted earlier this week that gifted 22-year-old midfielder Leandro Paredes could soon leave the club, with Juventus and Liverpool thought to be interested in signing the young Argentinian. 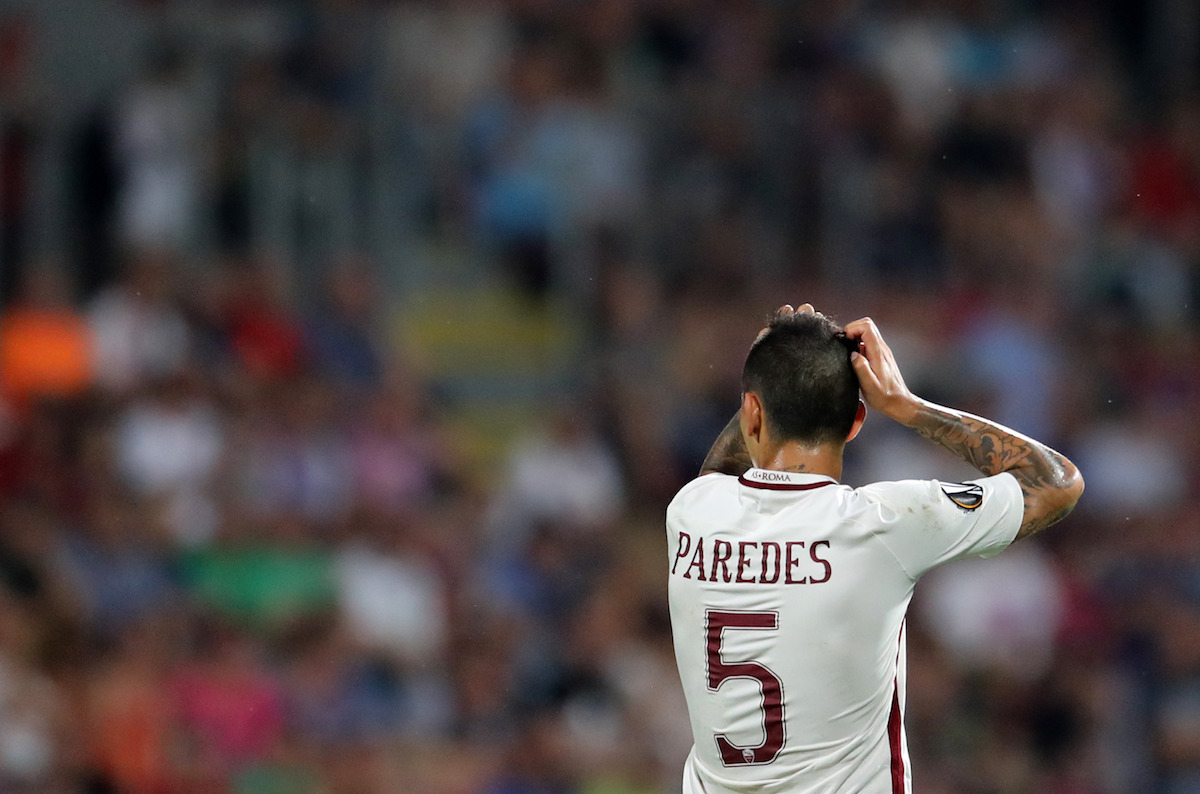 What’s more, Paredes is thought to be available for around £25million, a bargain in the current transfer market.

If Mourinho is wise, he’ll be throwing his hat into the ring too.

Signed from Boca Juniors, initially on loan in 2014 then permanently a year later, Paredes was loaned to Empoli last season to gain experience.

The role Paredes plays is known in Italy as that of a regista, a deep-lying playmaker in the mould of Andrea Pirlo. Typically, top-level registas are blessed with a tremendous passing range, excellent vision and sound positional awareness. 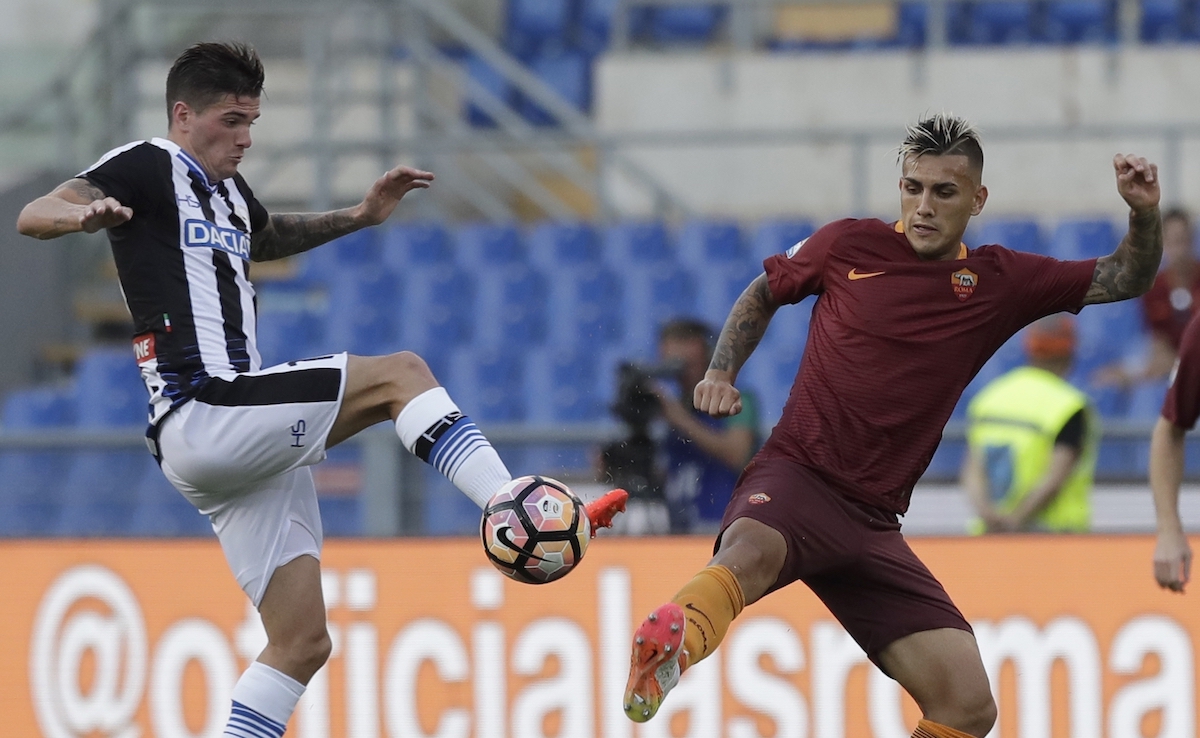 Paredes is blessed with all of the above traits. In his 33 Serie A appearances for Empoli, the youngster showed an impressive degree of tactical understanding and caught the eye with his responsibility and creativity with the ball at his feet.

He returned to his parent club last summer, but the presence of midfield dynamo Radja Nainggolan and the return to fitness of Kevin Strootman has meant that Paredes has had to content himself with a bit-part role.

Even so, his class has been abundantly clear to anyone who has witnessed his performances.

Despite his tender years and relative inexperience at the highest level, Paredes is no shrinking violet. Indeed, if there were any question marks over the player during his time at Empoli it was his discipline, having received 11 bookings.

At almost 6ft tall, he has the requisite physicality to ensure that he cannot be bullied in any midfield battle, while his willingness to get on the ball and dictate the game from deep is evidenced by the fact that he has averaged 78.3 passes per 90 minutes in Serie A and a whopping 99.8 passes per 90 minutes in his five Europa League outings for the Giallorossi.

By way of comparison, Carrick, who is United’s chief conductor at the base of midfield, strokes an average of 71.5 passes around the pitch for every 90 minutes that he plays in the Premier League.

Paredes also picks out a team-mate with 89.1 percent of those passes, ever so slightly shy of Carrick’s 90.5 percent pass accuracy.

And, although Carrick is thought of as the kind of deep-lying pass master who looks to play the ball forward at every opportunity, Paredes actually creates more chances than the former West Ham United and Tottenham Hotspur man. The Roma star conjures an opportunity for a colleague a stunning 2.5 times per 90 minutes, dwarfing Carrick’s average of 0.3 per match. 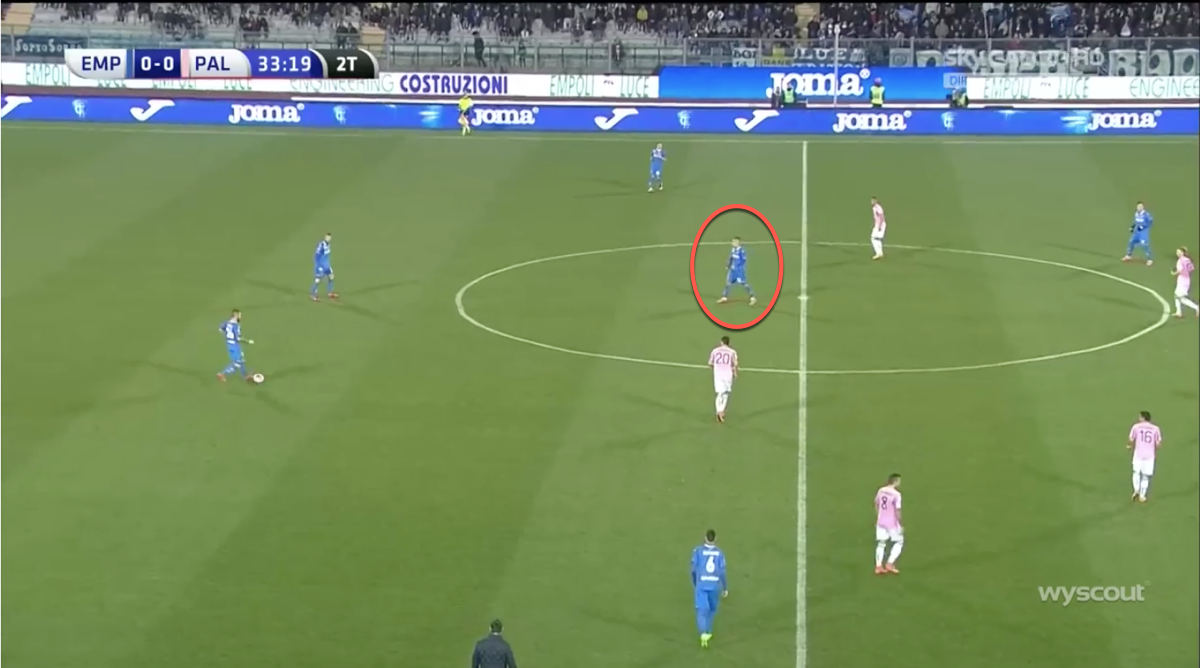 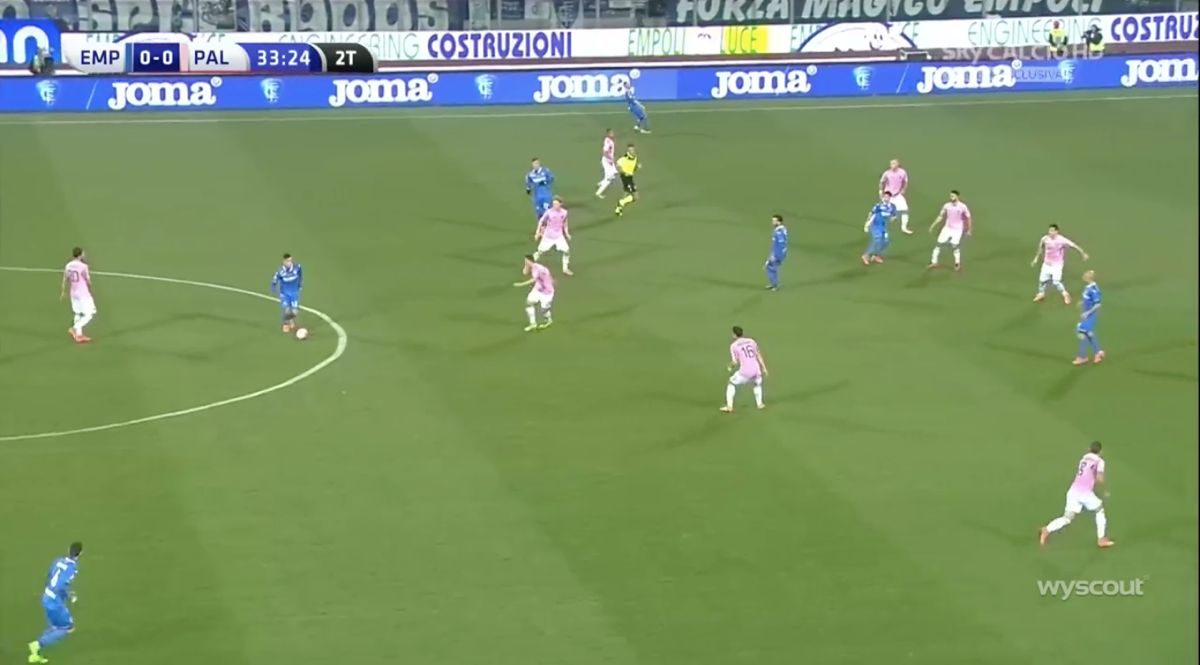 On the defensive end, Carrick’s experience and knowhow enables him to take up the optimum positions to intercept and stifle opposition attacks. However, his average of 2.9 interceptions per 90 minutes is only slightly better than Paredes’ (2.5).

Despite his technical prowess, as is typical of an Argentinian midfield anchor, Paredes is not afraid to put his foot it — something that will undoubtedly be valued by Mourinho. His 2.7 tackles per 90 minutes beats Carrick’s 1.5, but the 22-year-old’s occasional over-eagerness leads to him being dribbled past 2.1 times to the United man’s 1.3.

Parades is also a free-kick specialist. His delivery, either from wide areas to create chances for others or when shooting for goal himself, would add another dimension to United's all-round attack.

Throughout his managerial career, Mourinho has tended to prefer deploying a defensively-minded destroyer at the base of his midfield, with Costinha doing that job for Porto, Claude Makelele and Nemanja Matic across his two spells at Chelsea, Esteban Cambiasso at Inter Milan and Lassana Diarra at Real Madrid.

These are the kind of players who prioritise sitting in front of the back four and breaking up play, before then handing possession to a more technically gifted team-mate to begin attacking.

If that is the kind of player Mourinho envisages taking his United team forward, then perhaps Monaco’s Tiemoue Bakayoko or Atalanta’s Frank Kessie would be better options.

But if Carrick’s perfromances this season have convinced the Portuguese tactician that a deep-lying playmaker is needed at Old Trafford in order to get the best out of world-record signing Paul Pogba, he need look no further than Paredes.