Almost two years on from his £75million arrival at Old Trafford, Romelu Lukaku is yet to hit the heights anticipated of him with Manchester United.

United had to fend off rival interest from Chelsea to land the Belgian striker from Everton, and much was expected of the prolific striker, with mouths salivating at the prospect of him being fed with through-balls from Paul Pogba and cut-backs from Marcus Rashford.

And his two seasons with the 20-time champions cannot be classed as an abject failure, having scored 27 times last term and boasting a healthy average of 0.51 goals per 90 minutes in the Premier League in 2018/19.

But at best Lukaku's move to United thus far has been a qualified success, a statistically solid spell in which high points – such as his brace against Paris Saint-Germain in the Champions League – have been juxtaposed with barren stretches and sluggish performances.

Now, with reports of Antonio Conte negotiating to take charge of Inter Milan next season, rumours abound the Italian tactician, who tried to sign the 25-year-old for Chelsea two years ago, wants to take Lukaku to Serie A.

But should United let him go? 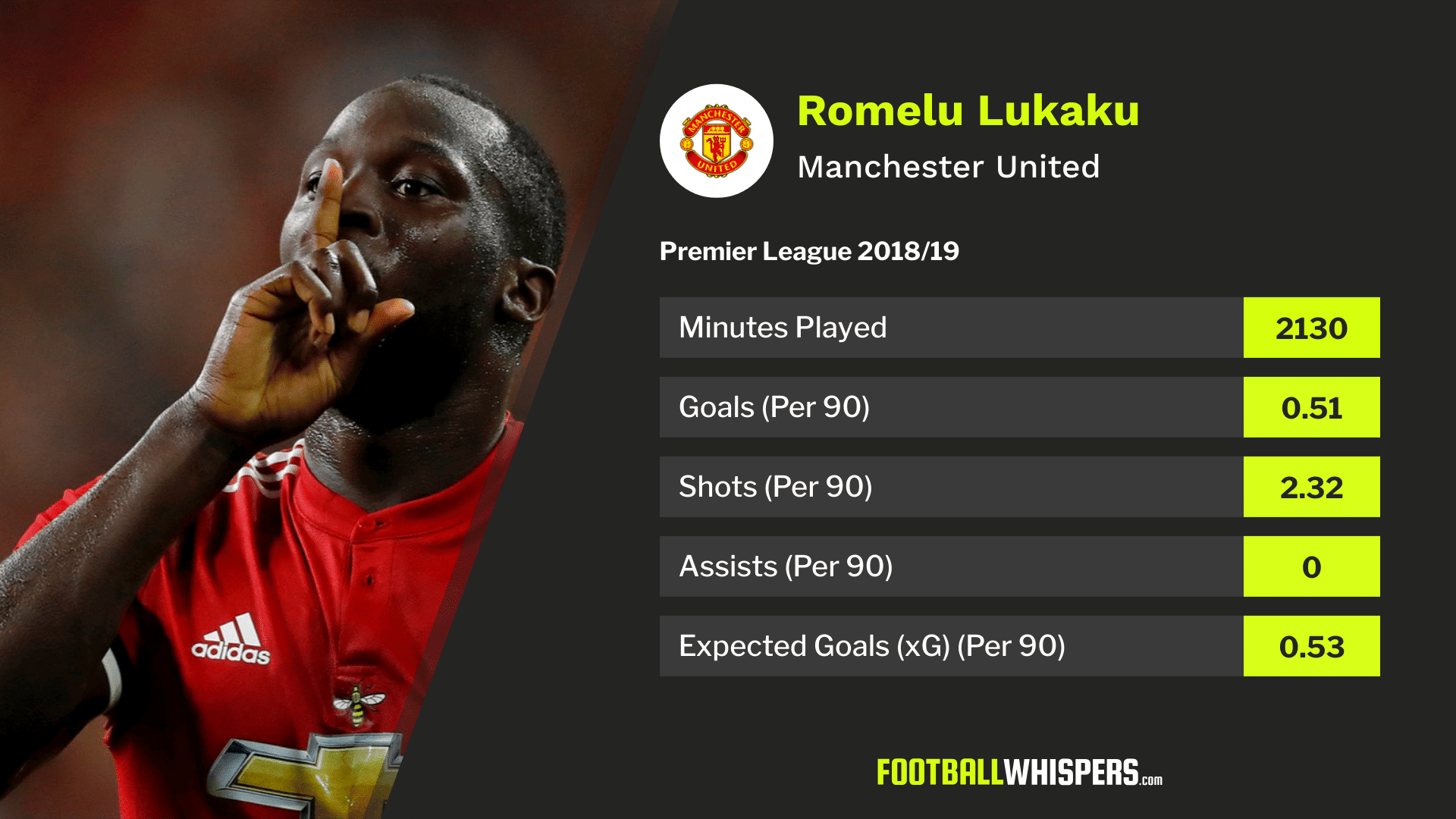 This summer is shaping up to be one of change for United. It will be Ole Gunnar Solskjær's first real chance to shape the squad as he sees fit, cutting dead weight and bringing in players to suit his preferred way of playing.

Though it is not yet clear exactly howSolskjær intends to set up tactically, having chopped and changed throughout his time in charge to date, it seems apparent that he is not overly enamoured with Lukaku, having often preferred Rashford in the central striker's role.

At Everton, Lukaku's strength was his pace over short distances, movement in behind defences and rocket of a left foot. Under José Mourinho last term, he was more often than not asked to perform as a target man, a destination for long balls upfield, tasked with holding the ball up and linking play.

Despite his size and physicality, this is not a role Lukaku is well suited to. As a result of bulking up to increase his upper-body strength and ability to shield the ball when he receives it to feet, he appears to have lost half a yard of pace and a split-second of reaction time, attributes that made him a £75million asset at Goodison Park.

As such, now that United are attempting to play a faster, counter-attacking style of football under Solskjær, Lukaku looks ill-suited to a system he would previously have thrived in.

This isn't to say he can't rediscover the rapidness that has eluded him of late, or shed a few pounds of muscle in order to regain a dash of speed. And given the scale of the overhaul required to restore United to title contention, shipping out a player who still delivers goals as reliably as Lukaku should not be deemed a priority.

But if United receive an offer close to what the paid for the Belgian, thus allowing them to funnel those funds into signings better suited to what Solskjær is trying to build, that might just be a win for all involved.