It may have taken a while but Manchester United have joined the January transfer window party. The pursuit of Bruno Fernandes came to a successful end on Thursday but the Red Devils didn’t bask in the victory. Instead, they quickly turned their attention to former player Joshua King.

According to the Daily Telegraph, the former United player topped the club’s wishlist as they searched for someone to replace the injured Marcus Rashford. The report went on to claim manager Ole Gunnar Solskjær ‘viewed his fellow Norwegian as the perfect addition to add a cutting edge to his attack.’

However, Bournemouth aren’t entertaining the idea of parting ways with their No.7, not when the club is in a relegation battle. The Cherries sit 18th and are one of three clubs on 23 points. Goals have been a problem this season with Eddie Howe’s men averaging less than one a game.

King has struggled with injuries this term but when fit and firing, he’s a threat. The explosive attacker bagged 12 during the 2018/19 campaign and 16 during the 2016/17 season. If he’s over his injury issues, the former Blackburn Rovers attacker could do a decent enough Rashford impression until the England international returns.

Solskjær has been using his No.10 on the left and allowing him to cut inside. It’s a role King has been doing for Bournemouth for quite some time. Even when starting centrally, the Norway international likes to drift to the left so he's then able to isolate players and uses his pace and trickery to get the better of them.

This is backed up when looking at his numbers. Of the 4.10 dribbles he attempts per 90, he completes 2.14 of them. 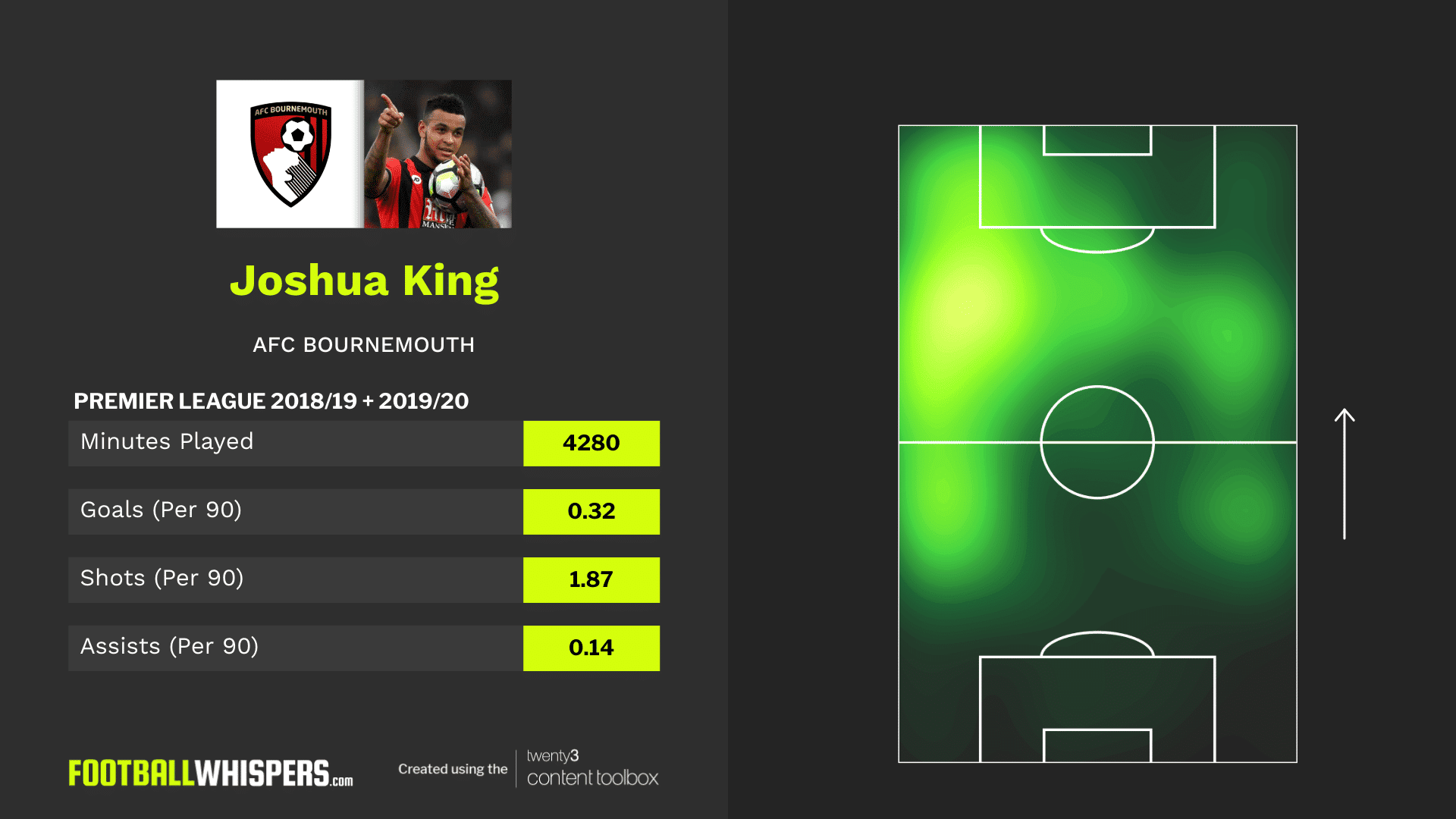 King was the match-winner when the two sides met earlier on in the season, scoring an audacious finish from close range after wriggling his way past Aaron Wan-Bissaka. A reliable finisher on either side, 25 per cent of his shots over the past two seasons have come via his left foot.

United's initial enquiry was rejected but if they return with an improved offer and King pushes for a move, Bournemouth may have no option but to cash in on the 28-year-old. He'd be a short-term stopgap for the Red Devils but he could be an important one at that.