Paul Pogba wants to leave Manchester United, or so claim the countless reports coming from Spanish and Italian media. The World Cup winner has been linked with a return to Juventus but Real Madrid are the favourites to land him as they look to finalise their final Galactico addition.

The Red Devils don’t want to part ways with their record signing but with just two years remaining on his contract, now might be the ideal time to make a profit on their £89million man.

And that is especially true if United want to change the way they’ve recruited players in recent seasons. No egos. No reputations. They want players who play for the badge.

With this in mind, we've taken a look at how United could not just replace Pogba but upgrade on the France international. Perhaps not on an individual basis, as the 26-year-old is one of the best on his day, but on a collective front. After all, the whole is greater than the sum of its parts.

It's no easy challenge. Pogba, in many ways, is unique. He seems to play a number of roles and deciding which version of the Frenchman they want to replace will dictate who they identify.

Pogba the goalscorer, for example, could be replaced by Donny van de Beek. 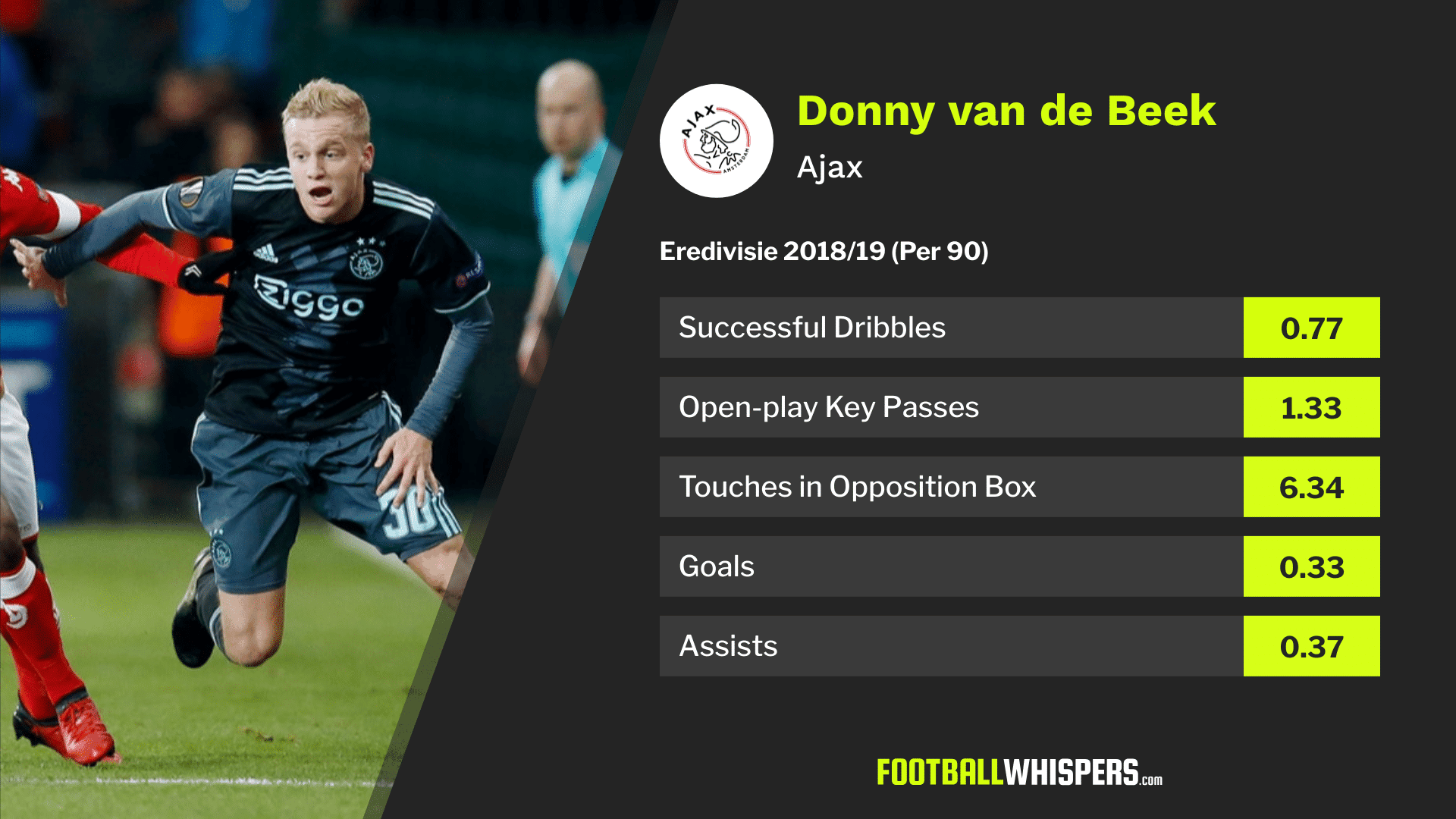 The Ajax midfielder was instrumental in the Amsterdam-based club winning the Eredivisie and reaching the semi-finals of the Champions League. He may not have got the same attention as Frenkie de Jong and Matthijs de Ligt but without him Erik Ten Hag's men aren't the same.

Van de Beek finished the season with 12 goals and 12 assists across the two competitions despite primarily playing as a central midfielder.

His late runs into the penalty area often caused chaos and he displayed a poacher's instinct to get into goalscoring positions with great regularity.

The 2018/19 season was the second successive campaign in which van de Beek involved himself in at least 15 goals. It showed his output is sustainable, something any club would want from their midfielder.

However, if the Red Devils want to replace Pogba's creativity then options include Giovani Lo Celso and James Maddison. United have been linked with both over recent weeks.

The Leicester City playmaker enjoyed a stellar debut season in the top flight but making a move this summer would be a gamble. His game needs to be refined before £60million seems like fair value. Simply put, Old Trafford isn't a finishing school. For around the £40million mark he'd be a shrewd investment but the Foxes are in no rush to sell.

Lo Celso, on the other hand, could be a game-changer for Ole Gunnar Solskjær. 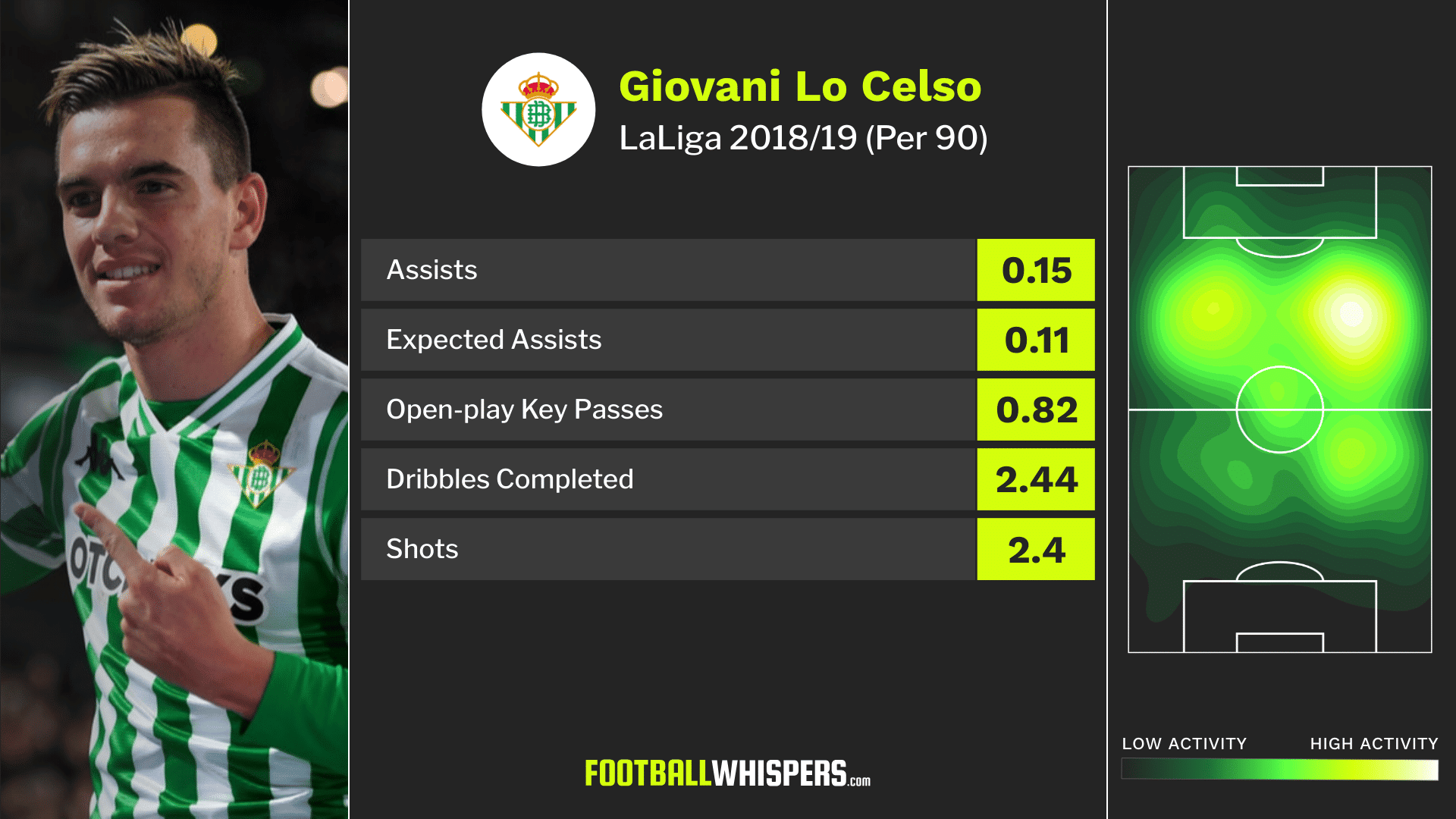 Paris Saint-Germain made a mistake loaning out the Argentine to Real Betis last summer. They made an even bigger one when they inserted a £20million option to buy in the deal.

Betis now want around the £70million mark for the 23-year-old, and there are several clubs interested.

It may seem like a steep valuation but Lo Celso could well be worth it in the current market. Adept at playing as a number ten as well as in a deeper role, the Argentine dictates the game with ease. He's press-resistant, a key trait for all modern-day midfielders, and he likes to play football in the opposition half.

His vision coupled with his ability on the ball makes Lo Celso a skeleton key; he's able to unlock the sternest of defences. He's also a goal threat and averaged 0.33 goals per 90 last term. If United want an all-rounder similar to Pogba then Lo Celso could be the man.

If they're more interested in replacing the Frenchman as a pure midfielder then his compatriot Tanguy Ndombele might be the best fit. 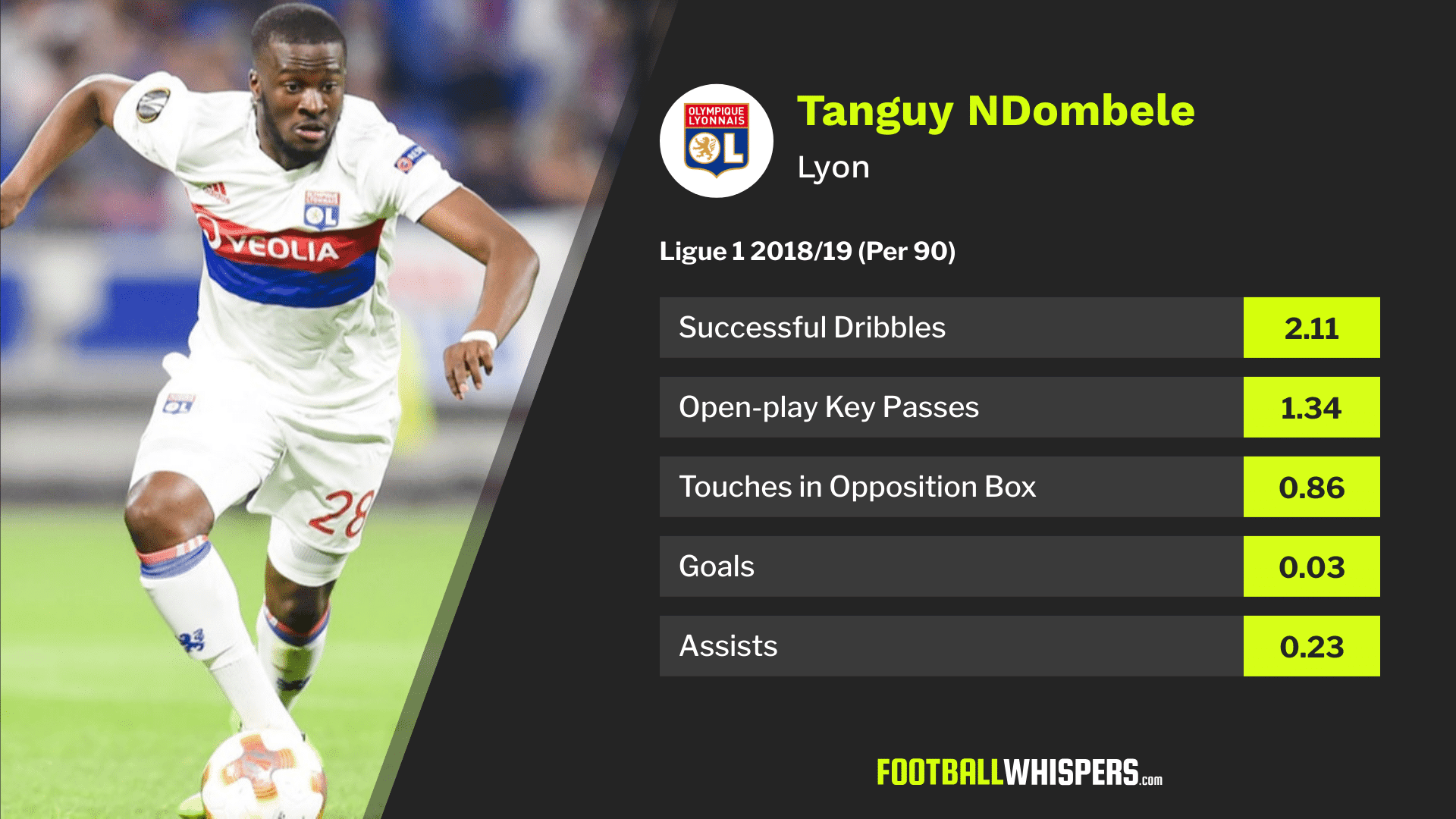 Ndombele has everything. He breaks play up, regaining possession 6.37 time per 90, with 3.67 of those regains coming in the middle third. He's press-resistant, completing 2.11 dribbles per 90, and he's something of a creative force despite that not being a primary job of his.

Last season in Ligue 1, 89 per cent of the 65 passes he attempted found its mark. He also played 35 per cent of his passes forward, showing just how incisive he could be.

Ndombele is not as much of a goal threat but that isn't his job. He bosses the middle third and impacts the final third. He's the sort of midfielder a team is built around because he can turn a game on its head with one pivot.

So selling Pogba might be a difficult decision for United, especially from a commercial perspective. But it would allow Solskjær the opportunity to build a functioning midfield without the need to crowbar in the French star.