“When the team is defensively stronger and doesn't need people in midfield that are more worried about giving some balance to the team than being involved in creation and attacking dynamics, I think the horizons for Fred change completely,” José Mourinho said last week.

With only 15 minutes on the pitch against Arsenal and none against Fulham, perhaps the same applies to Paul Pogba.

Central midfield has caused Mourinho selection problems throughout the season. Fred and Pogba have been joined by Nemanja Matić, Ander Herrera, and Marouane Fellaini, with Scott McTominay and Andreas Pereira making sporadic appearances as well. The system has switched between a two and a three in the centre of midfield.

With his recent comments, it seems like Mourinho has finally decided on a strategy going forward; keep central midfield as a strong defensive base to firm up United’s soft centre until the team as a whole can take on more of the defensive workload.

And it makes sense.

United haven’t been a strong defensive team at all this season, far from the usual image of a Mourinho team. They concede the 11th-most expected goals per game in the league (1.49). They’re in the worse half of the league for the number of opponent possession sequences that get to the final third too. They’re not stopping opponents at any stage of the defensive process.

However, to pin Fred’s absence on this need for defensive solidity is perhaps a little disingenuous. Fred’s defensive numbers are higher than Matić’s, the Brazilian making 4.12 tackles and interceptions per 90 minutes to the Serb’s 2.91. These both dwarf Pogba’s 1.58 though, a measly number in the bottom 20 per cent of Premier League central midfielders.

Pogba will start in the Champions League against Valencia on Wednesday. With United already qualified from Group H and a trip to Anfield on Sunday, is Pogba actually stepping in to rest one of Mourinho’s other midfielders?

This isn’t how the manager is positioning the decision publicly.

This is a sharp change from the leaked quotes about him calling the Frenchman a ‘virus’. “You don't play. You don't respect players and supporters. And you kill the mentality of the good honest people around you,” Mourinho was also quoted as saying.

It was the latest spark in the now lengthy battle between the two. Perhaps Mourinho has realised that the criticism-based approach wasn’t working to motivate his marquee player and has, finally, switched strategies.

Everyone knows that Pogba isn’t the most defensively sound player, which would be fine if United could accommodate one. But they can’t.

The Pogba-United situation could be said to be similar to the one with Mesut Özil at Arsenal — a player who offers some fantastic attacking qualities but doesn’t, or can’t, always do the requisite defensive work.

Defending is a collective task, and teams can only spare so many players from these duties. Anyone who isn’t a striker usually doesn’t get this luxury, and particularly not central midfielders like Pogba. 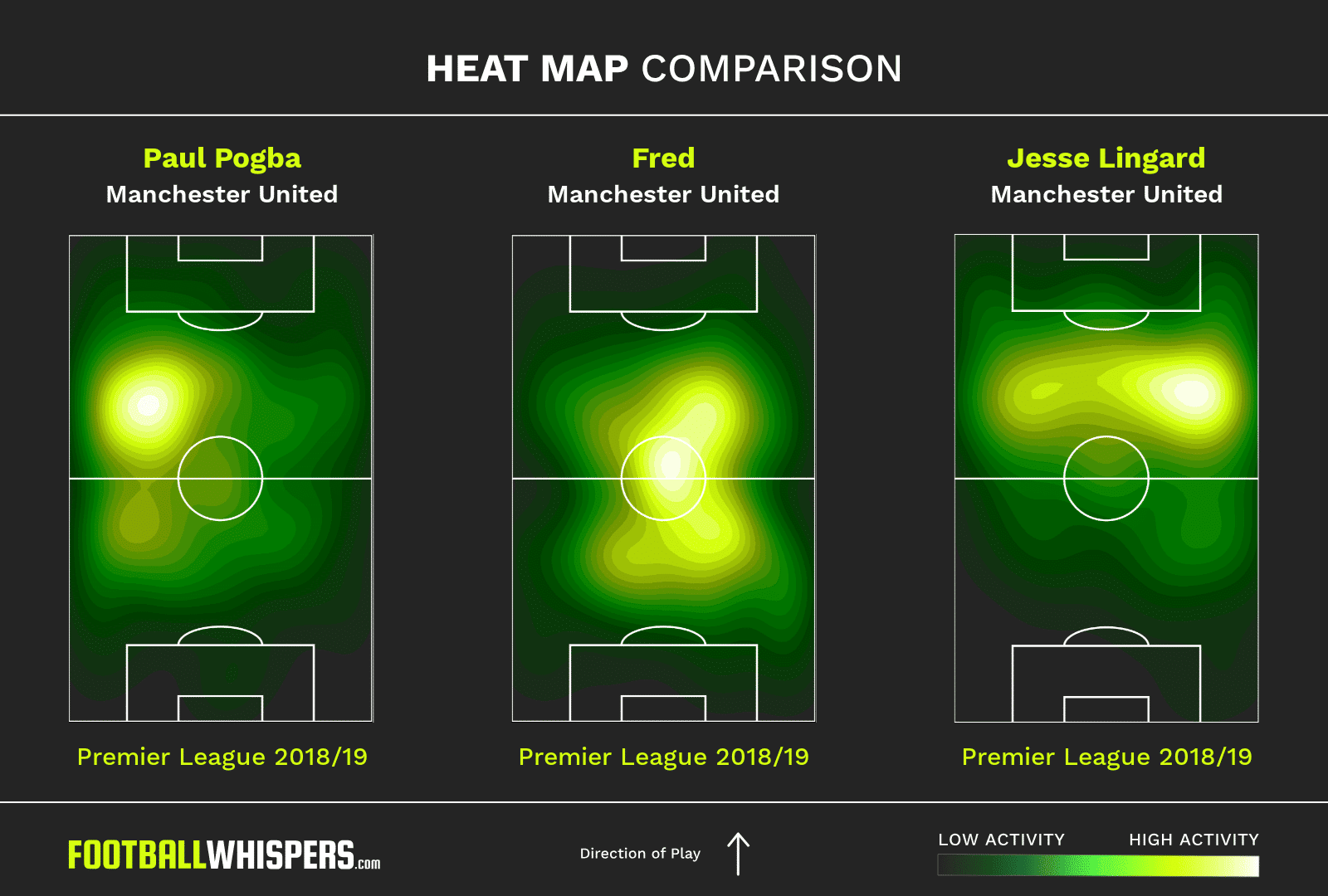 Pogba’s attacking output also puts him alongside attacking midfielders. His expected goals per 90 minutes are below , Marcus Rashford and Anthony Martial (naturally), but are virtually interchangeable with Alexis Sánchez and Lingard. The value of the shots he sets up are below United’s leader, Sánchez, but comparable with Rashford and Juan Mata.

Having Pogba in the team is more like having an extra attacking midfielder. If he’s in his apparently preferred position on the left side of a 4-3-3, then it’s really a 4-2-4 that the team are playing. United can’t accommodate that.