Manchester United failed to carry on their good form as Bournemouth, who were winless in eight, took a point away from Old Trafford despite playing an entire half a man down.

Here are five things we learned from Manchester United 1-1 Bournemouth.

Over recent weeks many fans and plenty of pundits had implied Jose Mourinho had found a solution to their centre-back problem in the form of Phil Jones and Marcos Rojo. It's an unlikely partnership but it the dynamic seemed to work. 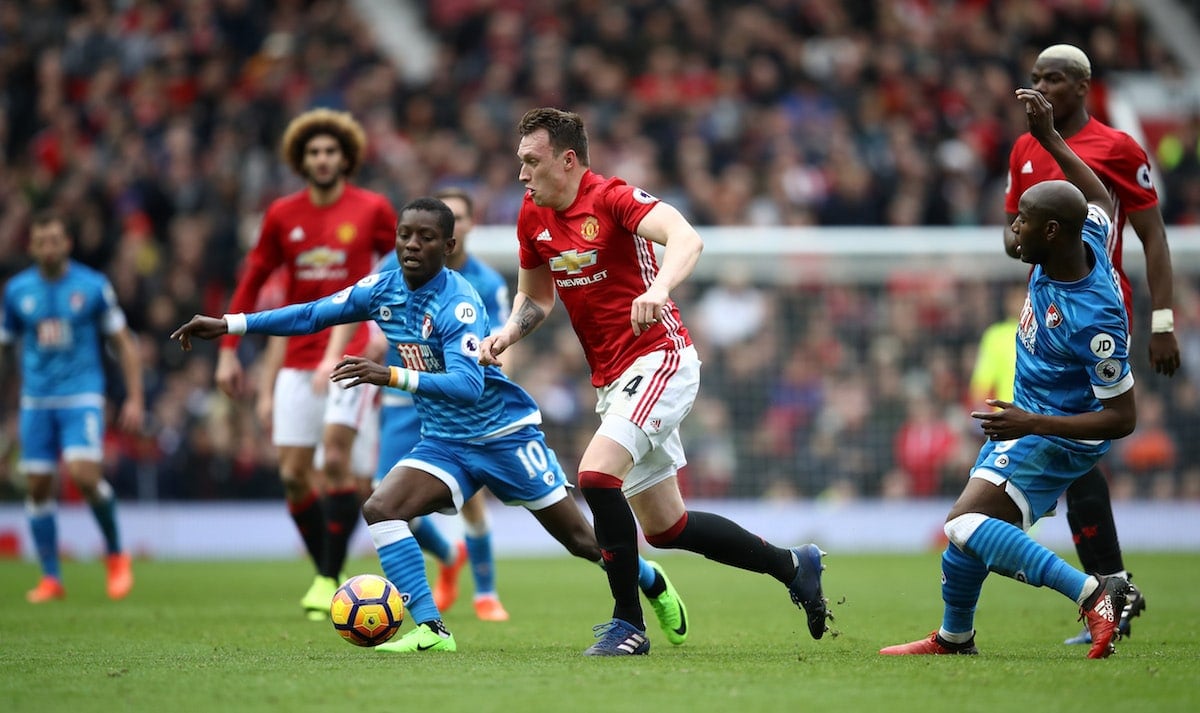 United were winning and they looked comfortable defensively. However, in the match against Bournemouth you witnessed why building a defence around Phil Jones is like building on quicksand. The former Blackburn centre-back gifted the away side a penalty, was easily rattled and looked generally uneasy whenever he was put under pressure.

Everything he touches has turned to gold as of late but Zlatan Ibrahimovic has arguably his worst performance in a Manchester United shirt today. He came into the match having scored seven goals in his last six games and he was the match winner in their last outing. 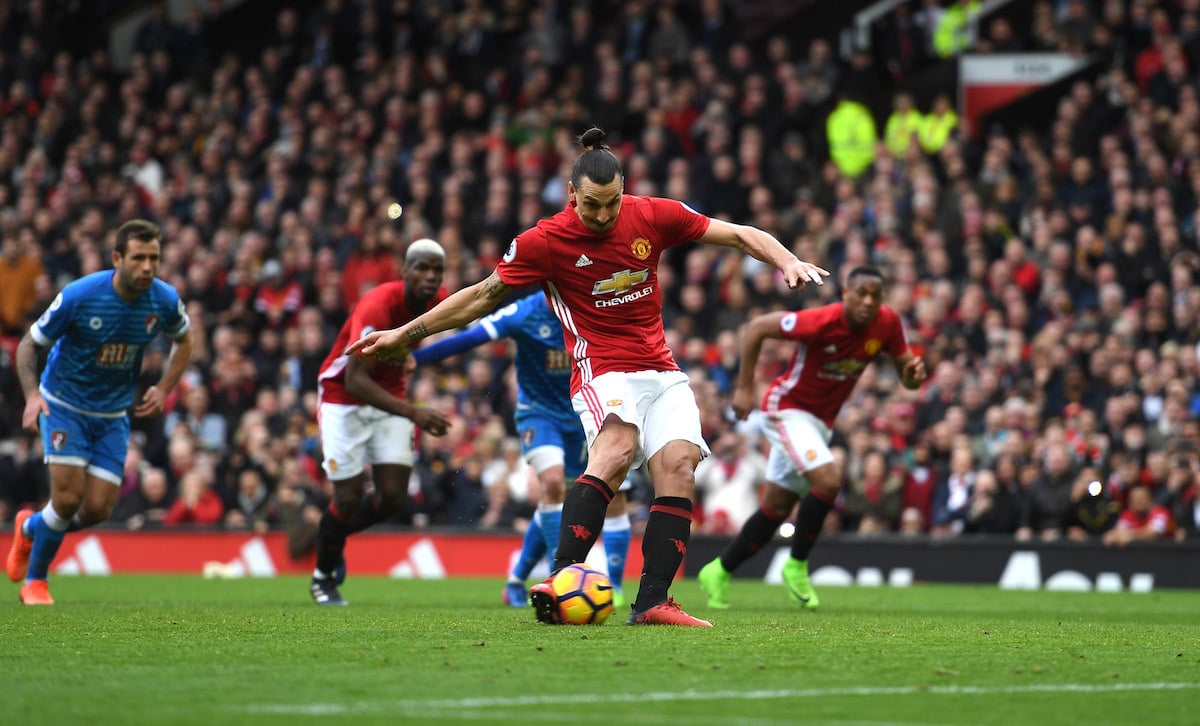 Everything looked set for his form to continue with a porous Bournemouth his next victims. It never materialised though. He was fortunate to stay on the pitch after numerous clashes with Tyrone Mings before missing a penalty which would have put United ahead.

Eddie Howe's men went to Old Trafford having lost seven of their last 10 matches in all competitions. They've conceded 24 in those games which works out at 2.4 goals against per 90 minutes. It appeared as though they had lost the ability to defend. 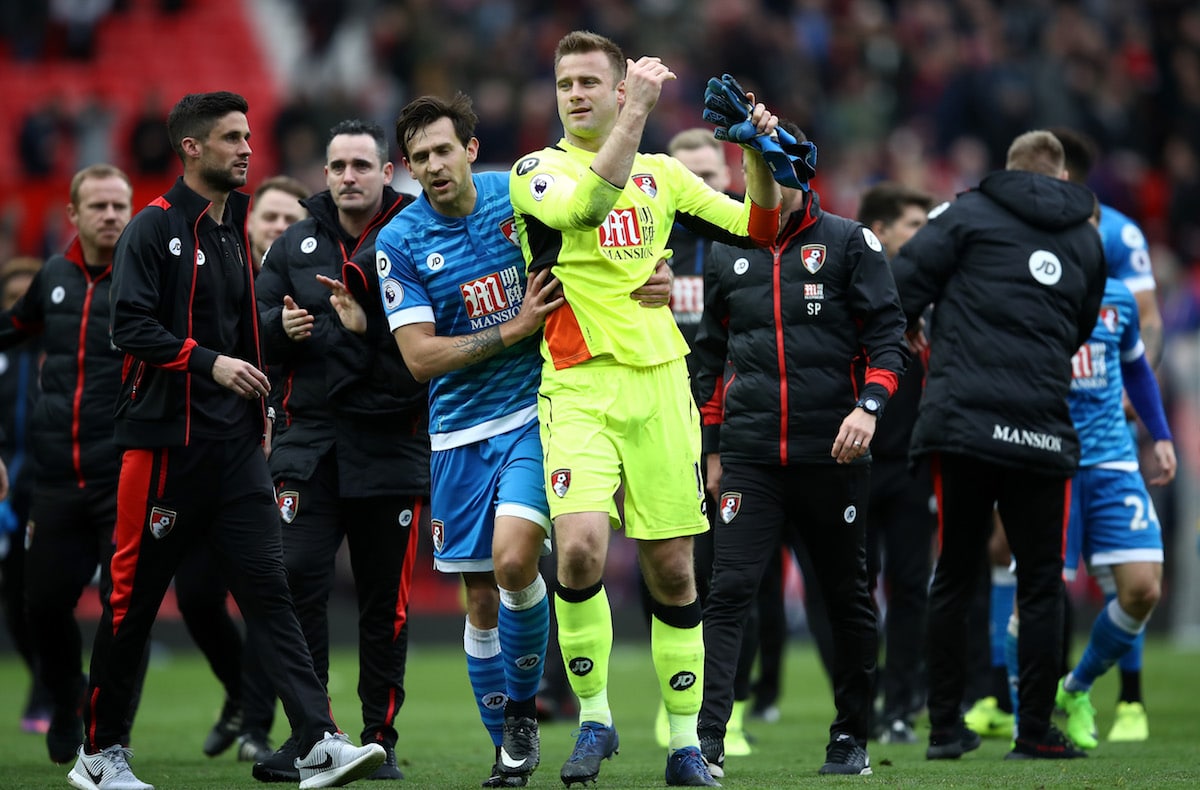 After going a goal behind to a Marcos Rojo strike everybody expected them to crumble but they didn't. They put in an organised and disciplined performance to frustrate the home side, even after going to ten-men. The erratic Artur Boruc put in a Man of the Match performance.

Is this a turning point in their season?

Officiating Once Again Called into Question 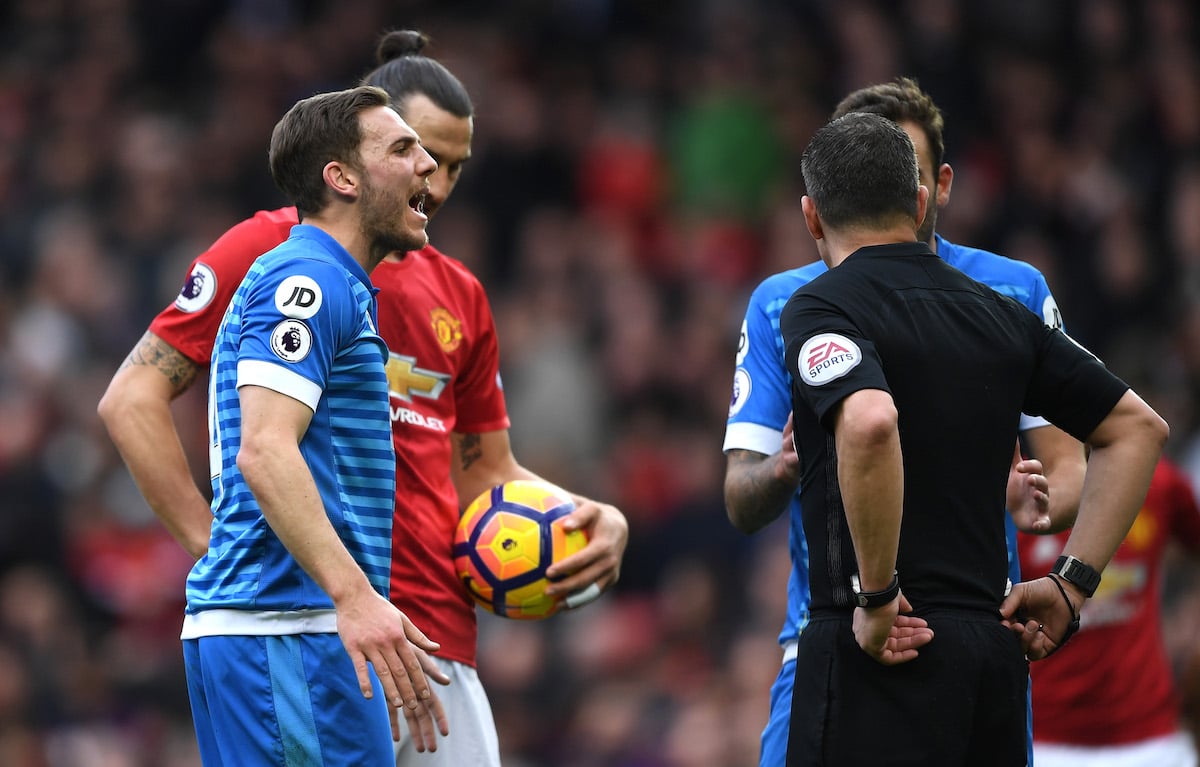 Kevin Friend had a nightmare as he lost complete control of the match. At one stage it looked as though he was handing yellow cards out like they were Easter cards.

It all started when he had a big decision to make after an already cautioned Ibrahimovic landed an elbow on Tyrone Mings. If the referee had seen it then the Swede was heading for an early bath but remarkably he just gave him a talking to. He then sent Andrew Surman off after earlier booking him for a tackle identical to one Luke Shaw made. The difference being the United left-back escaped a yellow card.

Harry Arter should have been sent off for a second yellow after mistiming a slide tackle on Paul Pogba, it was a clear yellow, but he was just given a talking to.

Manchester United were awarded a soft penalty after Adam Smith was harshly adjudged to have handled the ball in the area. There was no consistency from the officials as Smith escaped handball claims ten minutes later.

Plenty of decisions to make and the only one he got right was the one to award Bournemouth their penalty.