The Champions League Round of 16 is back with the second leg between Manchester City and Borussia Mönchengladbach. Stick with us to get the latest predictions and odds for the fixture.

Here are the latest free betting tips brought to you by our team of experts. Our predictions are researched using the latest available resources and stats.

The odds are true at the time of writing, however, they are subject to constant change. Act with caution before placing your final bet. Our recommended bookmaker for this match is Ladbrokes.

Being the clear favorite, the odds of Manchester City winning the game are minuscule. That's why we pick a –1 handicap bet at the odds of 4/6 to bring value back to the table while exposing yourself to minimal risk. This pick has hit in 3 of the last 5 City games, failing to do so against Manchester United, and getting a refund against Aston Villa.

Pep Guardiola's squad is simply outstanding in both the Premier League and the Champions League. Taking a look back at City's run in the CL so far, we can easily spot just how many clean sheets the Manchester team has. So far in this CL campaign, they've conceded just a single goal – in their first match against Porto. This makes 6 consecutive games with a clean sheet. Monchengladbach isn't to be underestimated, but it will be very hard for them to overrun City's defense.

Once again, a pick that has a high success rate in City's Champions League games. Similar to the BTTS bet, under 3.5 Goals has only failed to hit in the first game of the Citizens' CL – the 3-1 win over Porto. In the following 6 matches, there haven't been more than 3 goals. With City already having a 2-0 lead they will feel comfortable not forcing the issue and looking for the net.

Manchester City vs Monchengladbach: What are the latest stats and the best odds we can get?

See where the best odds for the match can be found. Additionally, we have highlighted the recent results by both teams.

Manchester City vs Monchengladbach: A short look at the recent form of both sides

Pep Guardiola's squad was recently on a rampaging streak of 21 wins in a row. However, that was ended by Manchester United in the infamous derby. Despite that, this was just the first loss for City since surrendering the 3 points to Tottenham back in November. The Citizens look poised to contest the CL this year, which is the only silverware that Guardiola lacks at Manchester.

After enjoying a fairly decent start to the season, Borussia Monchengladbach has recently fallen off hard. They were knocked out of the DFB Pokal by rival Borussia Dortmund and are currently on a negative streak, losing 6 times in a row. Their last 10 games include a single win, 2 draws, and 7 losses, which unfortunately is nowhere near good enough to have a chance at stopping City. 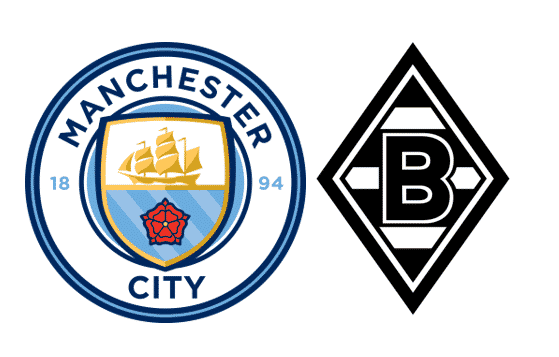