One of the biggest stories in football this week came at Manchester City as they signed World Cup winner, Carli Lloyd, to their women’s team for the upcoming FA Women's Super League Spring Series.

It is a huge statement of intent from the FA WSL Champions as they look to grow both on and off the pitch.

It's official now!!! So excited to have signed with @ManCityWomen and can’t wait to get started with the team and my new challenge ahead. pic.twitter.com/tgFeGQlDe9

After winning their first league title in 2016, the Women's Super League will revert to the winter calendar, so there will be an interim tournament taking place before the 2017 European Championships in the summer ahead of the 2016/17 WSL campaign.

City may have felt like they had to act. Arsenal quickly announced the return of Kim Little, BBC’s Women’s Player of the Year in 2016, after a hugely successful spell in America, while Chelsea, after finishing second in the league and losing the FA Cup final to Arsenal at Wembley, went big, signing Switzerland international Ramona Bachmann from VfL Wolfsburg and Crystal Dunn, an American international forward from the NWSL.

City have signed a superstar 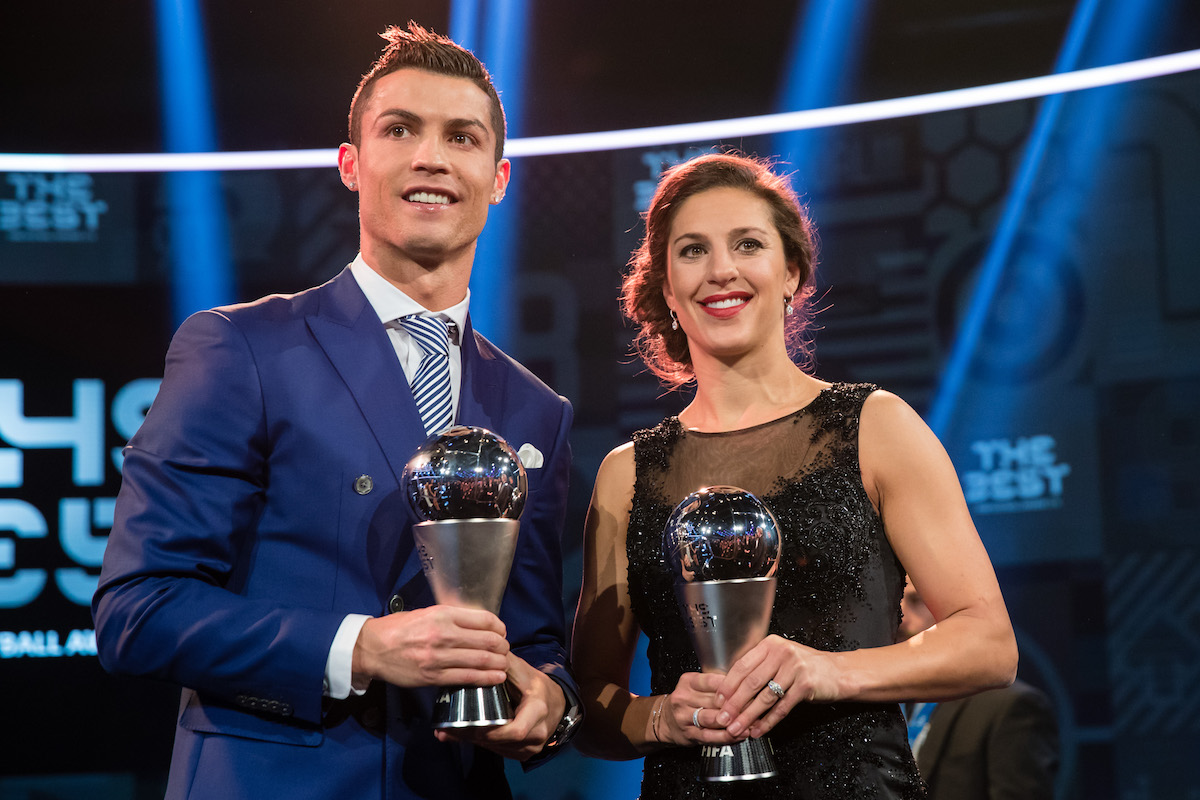 In something akin to footballing peer-pressure, the City fans were waiting for their club to move, and they went big.

Lloyd has won two Olympic gold medals, scored 96 goals for the USWNT and after countless individual awards, she was instrumental in scoring an unforgettable hat-trick in USA’s amazing 5-2 win in the final of the 2015 FIFA World Cup – including a stunning effort from the half-way line.

Not to forget she was awarded the 2016 Ballon d’Or in January last year.

She is joining, arguably, the biggest club in women’s football currently. Not in terms of ability – Lyon, Wolfsburg, PSG are ahead at the moment – but with regards to potential and brand reach.

Over the past three years, the City Group have gone about turning Manchester City Ladies into MCWFC, the leading club in England and now, taking on Europe’s finest.

“Having played in the US throughout my career, the chance to fulfil a long held ambition to test myself in a new footballing environment, as well as playing in the Champions League, is something I am relishing”. Lloyd said during her unveiling.

“With the challenge of the Spring Series and the FA Women’s Cup ahead of us too, I really can’t wait to pull on my City shirt in front of our fans and make them proud”.

The 34-year-old has announced that she will return to her previous club, the Houston Dash, after the Spring tournament, and there’s no indication that she will be back for the proper campaign later in the year.

“Carli has had an incredible career and is recognised as one of the best in the world,” coach Nick Cushing said on Wednesday. “There is much we can learn from her that will help us to improve as a team. We are all looking forward to working with her over the coming months”.

What will Lloyd add to City 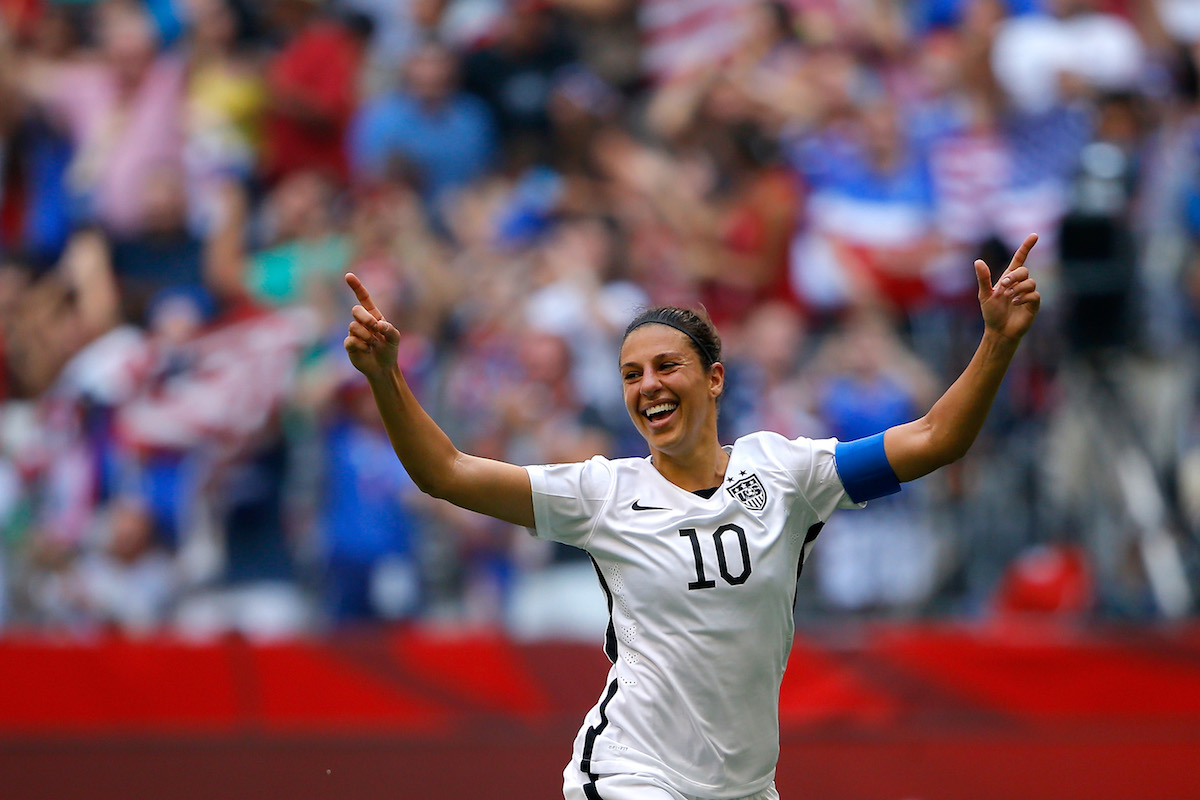 There is a suggestion that Lloyd’s influence won’t primarily come on the pitch, but with what she brings off it.

Last season, on the road to success, Cushing played 4-3-3, using a small squad of players to create a tight-knit group that grow stronger as each game passed.

The majority of the players were British and a superb mixture of youth an experience. Ahead of England’s No.1, Karen Bardsley, the defence has three more England internationals and either young Abbie McManus or Scotland’s Jennifer Beattie.

It’s ahead of this where Cushing has to find a place for Lloyd.

During the 2015 World Cup, USA coach Jill Ellis had the tough task of trying to squeeze, Lloyd, Alex Morgan and Abby Wambach into the attack.

Although her career started in the centre of midfield, as Lloyd has grown older, she’s naturally moved further forward and it was that shift with the national team that led to glory in 2015.

Where will she fit at City? 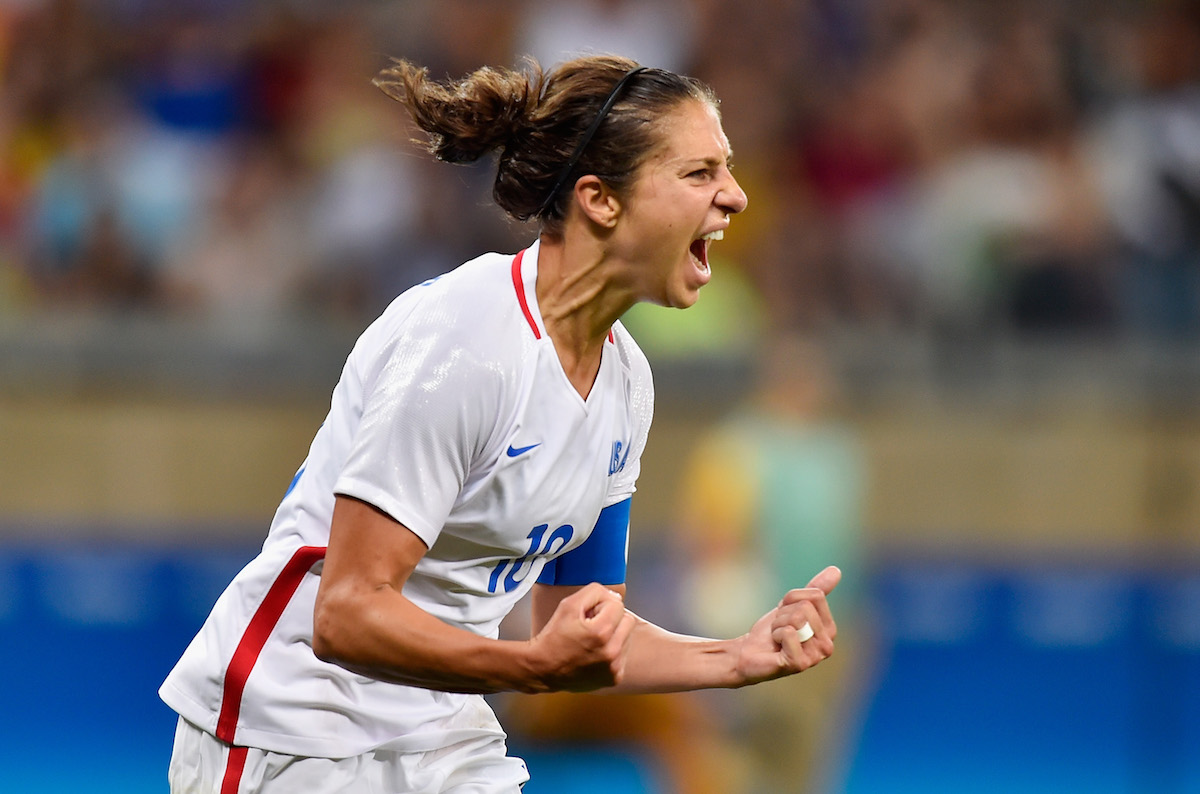 Playing 4-4-2, Ellis tried to play Lloyd in the midfield, but then, after somewhat stumbling through the semi-finals – after she scored the winner against China – the Portsmouth-born coach moved her best player into the attack.

Morgan lead the attack and Lloyd was given the freedom to pull the strings, using her superb skill and vision and eye for goal to led her country all the way to the trophy.

Unless City are going to change their whole system for what is a glorified pre-season tournament, it’s hard to see Cushing, who has spent years trying to develop a style, work-ethic and culture into this squad, for half a year – especially with a huge Champions League clash on the horizon.

At the end of March, City take on Fortuna Hjorring in the quarter-finals, with the winners facing either Wolfsburg or Lyon. That is the clash that everyone at the club wants, that’s the game that will see them discover where this group stands in terms of the women’s football ladder.

The 32-year-old boss isn’t going to take the risk to rip up all the work he has already done.

During their unbeaten league season, the Citizens midfield consisted of, once fit, teenager Keira Walsh plays the anchor role. She is the Sergio Busquets of the women’s game.

To her right is England international Jill Scott, they rely on her strong runs and ability to burst from box-to-box. Then, there’s 2016 PFA Players’ Player of the Year, Isobel Christiansen. Best likened to Paul Scholes at Manchester United, she’s full of energy and has an uncanny knack of arriving in the box at the perfect moment.

Jane Ross joined the club last season and quickly showed her credentials in adding a killer instinct in the City attack. She is a traditional No.9 and finished as the champions top goal-scorer.

On the wings, they look for the speed and trickery of Nikita Parris, Kosovare Asllani or Toni Duggan. Plus, they have the exceptional talent of teenager Georgia Stanway. She has the talent to be as good as she wants to be.

In the meantime, something has to give for Lloyd to find her place in this team. Christiansen is the most likely casualty.

The worry comes defensively, either City’s wide players are great defensively, plus, playing with a flat four negates the space that their full-backs are given in the normal system.

Lucy Bronze and Demi Stokes are much stronger going forward, but they need the wingers to cut inside to free up the channels.

The USWNT don’t play with the most attacking defenders, so the width comes from the midfield, giving Lloyd more freedom in the final third. 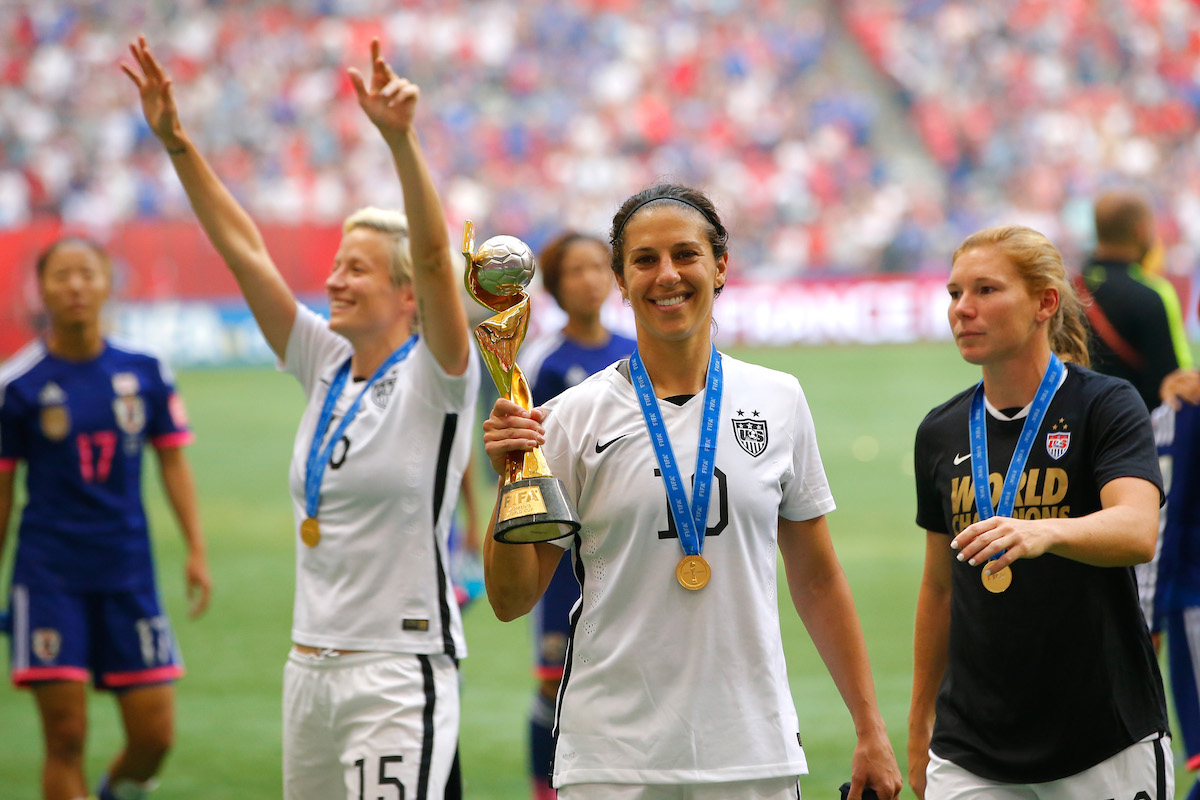 Lloyd has seen and done it all throughout her career, and she not only brings that experience to the CFA Stadium, but she has a tremendous work ethic and a desire to constantly improve her game.

That is contagious and the time she spends around the squad, especially the young players, she will be able to help improve and enrich everyone at the club.

As Cushing suggested, Lloyd isn’t just bringing her quality on the pitch, but off it and she will have a chance to share her wisdom, beliefs and professionalism.

Globally, Manchester City will become a bigger and better brand for her involvement. The American market are now invested and finding out about her every move – that is the next step in growing the project.

In September, more than 4,000 fans watched the team beat Chelsea 2-0 to guarantee top spot. With a capacity of around 7,000, the goal will be to use the Lloyd signing to break more records this season.

That will be very possible if they draw Lyon in the Champions League semi-final, as she would take on fellow USWNT striker Morgan. That would be a blockbuster event around the world.

Time will tell what Lloyd will bring on a basic footballing view and there is a debate as to whether she fits City’s system, but when it comes to taking the women’s game in England to another level, signing Lloyd is a masterstroke from everyone at the club.