Manchester City are close to losing defender Eric Garcia to Barcelona, as the defender has set his sights on a return to the Camp Nou. Manager Pep Guardiola has confirmed that there is a strong chance of Eric Garcia leaving the Etihad Stadium at the end of the campaign. However, he also urged the defender to consider staying with the club by signing a new contract.

Garcia’s contract runs out in the summer, but City will be eligible for the tribunal fee since he is under 23 years of age. 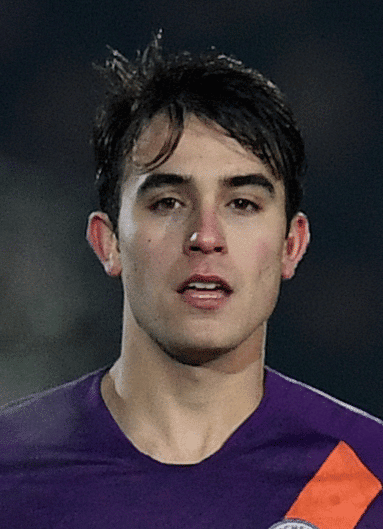 The 20-year-old was prized away from Barcelona’s La Masia setup by Manchester City in 2017. After spending just one season in City’s youth setup, Garcia was given an opportunity to make his first-team debut in December 2018. In his first full season with City, Garcia made 13 appearances in the Premier League. Even though many of the appearances last season from the bench, Garcia also had a crucial role in Champions League and Premier League matches. Despite his age, the young defender has shown a lot of promise.

However, he has now set his sights on coming back to the Camp Nou, where there may be a lot of opportunities to play on a regular basis. The centre back position has been a problematic area for Barcelona in recent years. The club, though, only prepared to spend around €5 million on Garcia given his contract situation.

Garcia is likely to be in the City squad for the upcoming match against Crystal Palace. Since the likes of Nathan Ake and Aymeric Laporte are still struggling with injuries, Garcia could be given an opportunity and runout in the first-team.

Owing to a mixture of injury and positive coronavirus tests, Garcia has not featured for Manchester City since his substitute appearance against Marseille in December. His last Premier League appearance was in November against Burnley.