Pep Guardiola has had plenty of headaches in his maiden season at Manchester City but none more so than in between the sticks.

When the former Barcelona and Bayern Munich head coach was brought to the Etihad Stadium he knew what he wanted. He did not have faith in Joe Hart's ability with the ball at his feet and that was imperative given his build-from-the-back ideals.

Hart was subsequently shipped out to Torino on a season-long loan deal with his long-term future seemingly away from City too. In his place, Guardiola forked out £12million on Barça stopper Claudio Bravo. The Chilean had not worked for the coach at the Camp Nou but his distribution was exactly what Guardiola needed.

Or so he thought.

In reality the signing of Bravo has been a disaster. The 33-year-old was under scrutiny from the off with supporters and the media refusing to accept the coach's decision to ditch the popular and perfectly reliable Hart.

Doubts were raised further when Bravo endured a less-than-comfortable debut in the Manchester derby. City won 2-1 at Old Trafford and Bravo's passing was impressive – completing 70 per cent of his passes versus David de Gea's 60. But he was fortunate not to see red for a challenge on Wayne Rooney and dropped the ball to enable Zlatan Ibrahimović to equalise.

It was an underwhelming start and things have hardly got better for Bravo who, remarkably, failed to save a shot in 2017 until March. Now the under-fire keeper has been ruled out for the rest of the season with a calf injury.

We look at what Guardiola needs to do this summer to address City's problem position.

Move on Bravo and Caballero

“The definition of insanity is doing the same thing over and over and expecting different results.”

By that logic it would be ridiculous for Guardiola to persist with Bravo and Willy Caballero next season given their comedy of errors this season. It will be easy enough to get rid of the latter given his contract is up is up at the end of the season – though there has been talk of a new deal for the 35-year-old.

But Bravo's shortcomings should not paper over the cracks. Caballero has been far from convincing either and the fact Guardiola has switched between the two since January suggests the head coach has little confidence in either player. 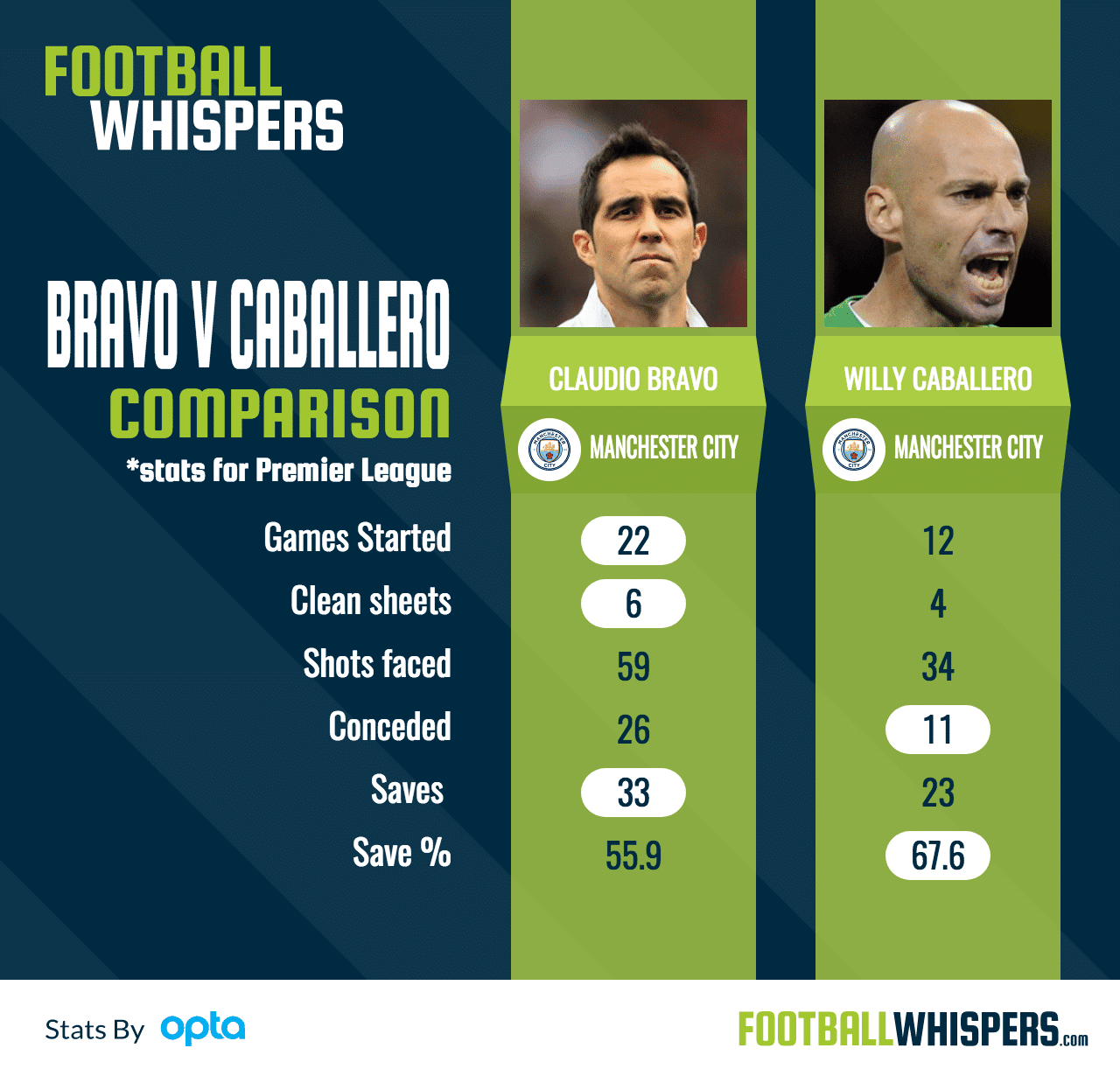 As the graphic highlights, Caballero has a comfortably better save percentage than Bravo and only two fewer clean sheets despite playing ten fewer matches in the Premier League.

Despite that he has been backup keeper at the Etihad Stadium for a reason. He was at fault for Radamel Falcao's diving header in the 5-3 Champions League win over Monaco (below).

read more: can agüero and gabriel jesus work together?

Most recently he was culpable for Eden Hazard's opener for Chelsea at Stamford Bridge, showing weak hands at his near post to allow the Belgian's shot past him.

The former Málaga keeper has been an improvement on Bravo this season but he is no more than a stop gap. A solution has to be found for the medium to long term this summer.

Turn back to Joe Hart

Hart was handed his only appearance of the season for City as captain of a weakened side that beat Steaua Bucharest 1-0 in the second leg of City's Champions League qualifier. At that stage there appeared to be no way back for the England international.

And there still might not be. Guardiola is famously stubborn and it will take an almighty – if not humiliating – comedown from the Spaniard to welcome Hart back to the Etihad next season. However, Guardiola's positioned has been weakened by the catastrophic failing of Bravo to replace Hart.

But City have a problem which the 30-year-old could solve while saving them time, money and uncertainty, Guardiola would be foolish to look a gifthorse in the mouth – even if it was a single season fix.

It was Hart's distribution that the incoming coach took exception to but while in Italy Hart appears to have been doing all he can to prove a point. 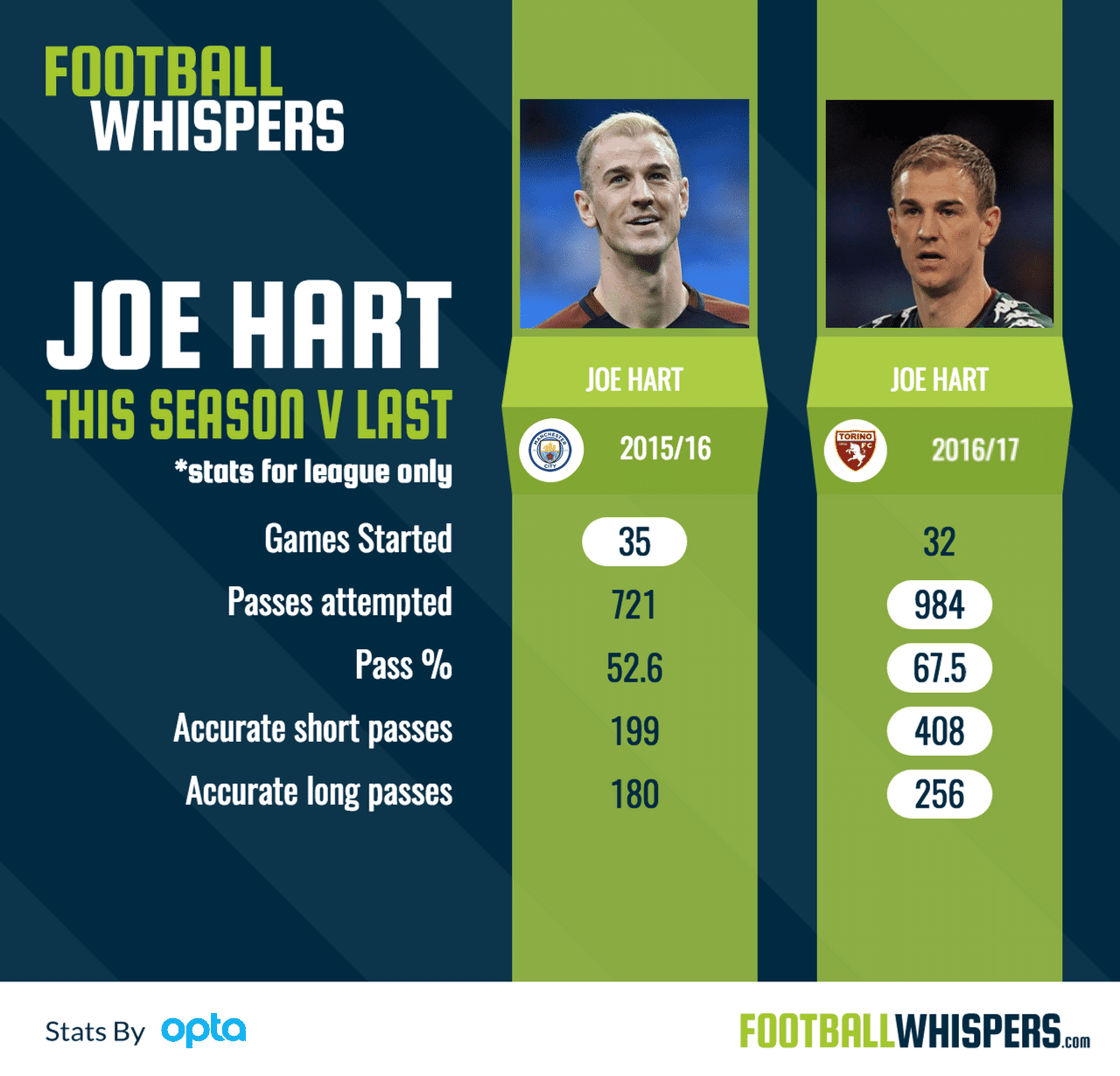 As the graphic above highlights, Hart has attempted considerably more passes this season than last – 263 to be precise – while completing almost 15 per cent more.

Whether that is down to the style of play Torino coach Siniša Mihajlović employs or Hart's own determination to prove he can fit into Guardiola's style of play is unclear.

Even more interesting are Hart's passing statistics compared to Bravo's. There is a large discrepancy in the number of games played so all statistics are taken per game. 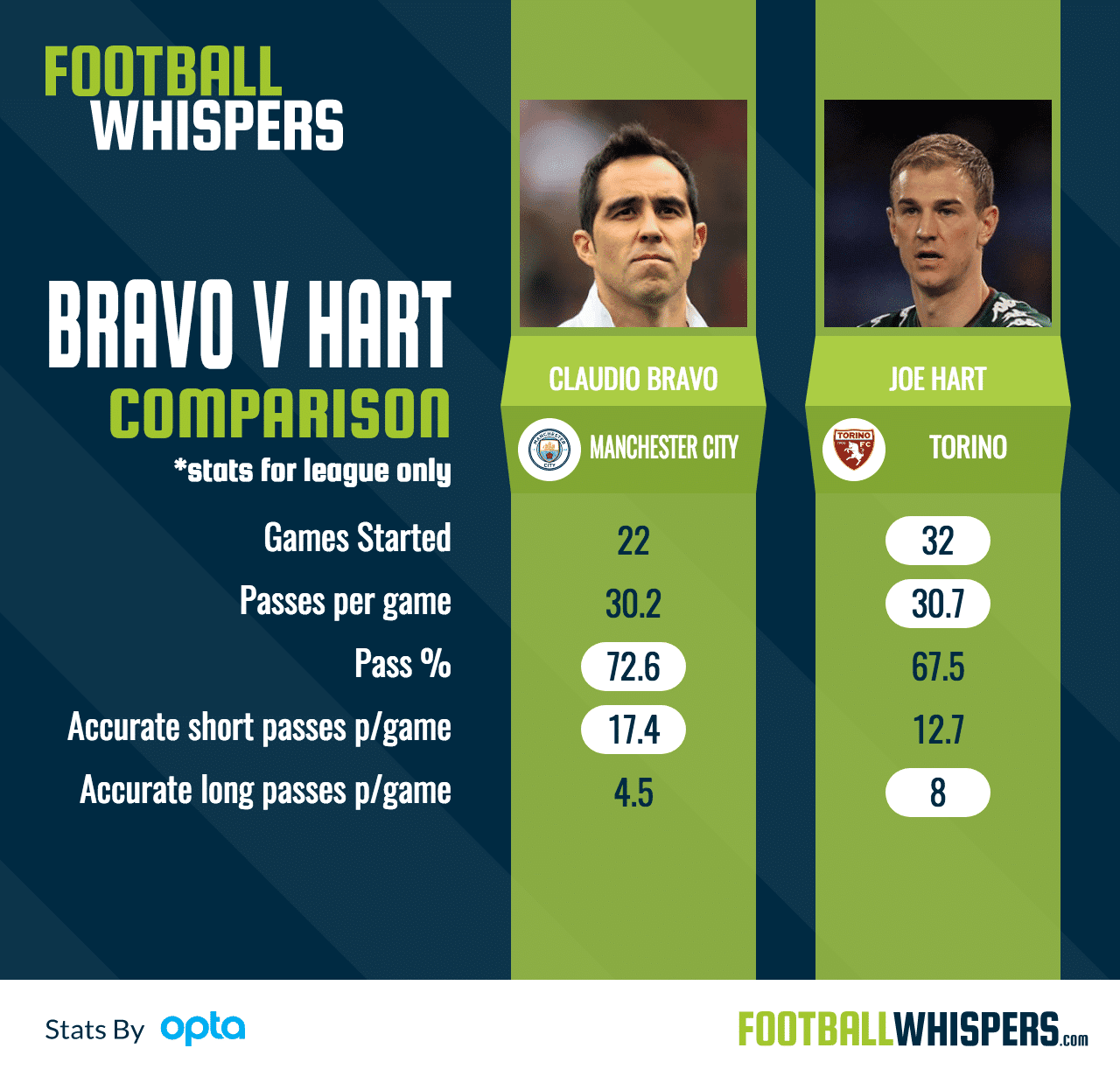 As the graphic above indicates, Hart more than holds his own against Bravo. The Chilean boasts a marginally better pass completion percentage and more accurate short passes per game.

However, the current City number one is only just ahead of the England keeper. Hart comes out on top with the accuracy of his long passing which is presumably what Guardiola signed Bravo for. 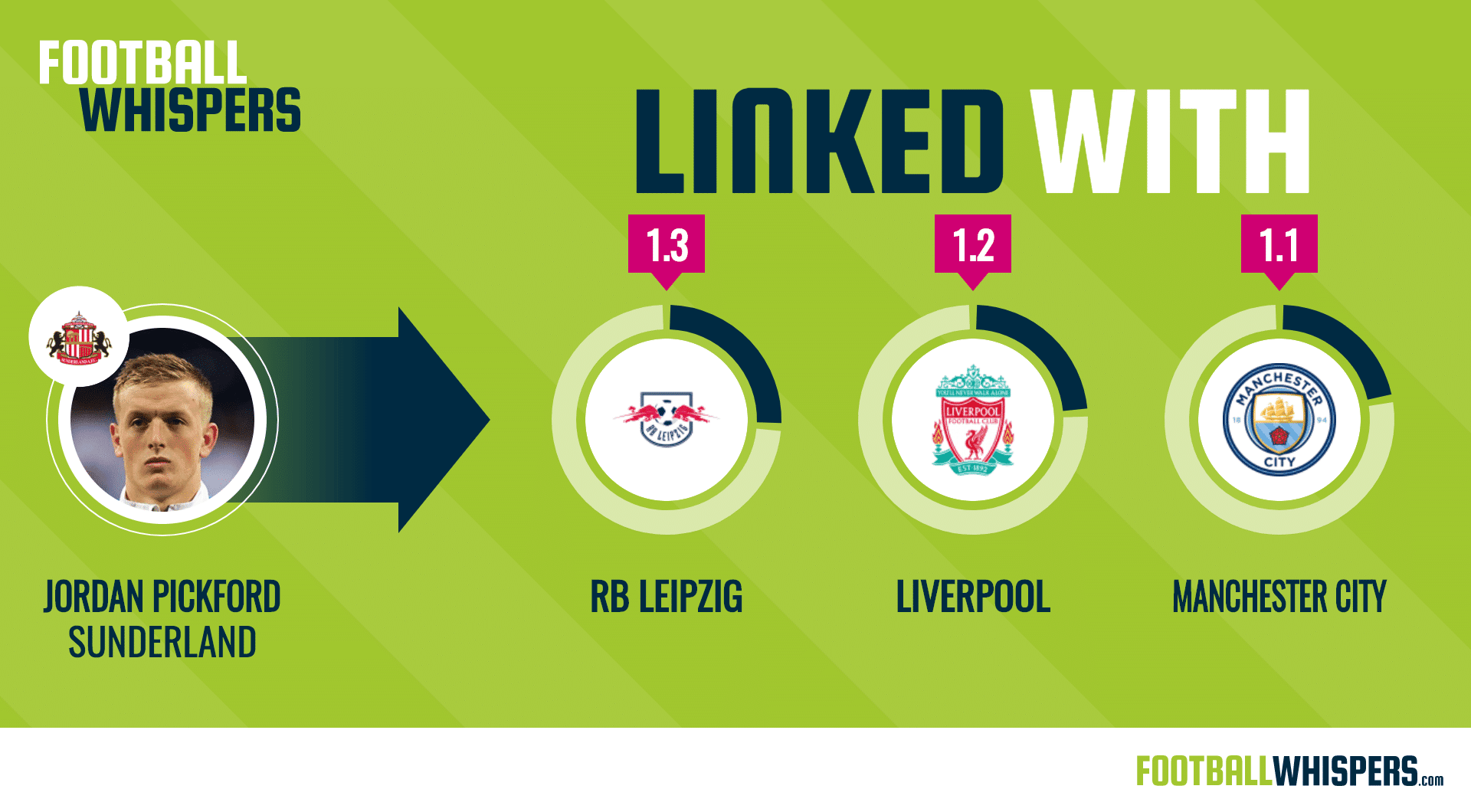 read more: comparing jordan pickford to keepers his own age

Easier said than done given the calibre of goalkeeper required, Guardiola will have to sign a new keeper at some stage if he maintains his firm stance on Hart. Signing the number one of a rival club is out of the question meaning the Citizens will either have to find a keeper who is on the up at a smaller club or take a gamble.

One keeper who will be available this summer is Sunderland's Jordan Pickford. The 23-year-old has been one of the few bright spots in a dismal season for the Black Cats with his form earning an England call-up.

Pickford would be available for around £20million following Sunderland's relegation. He has made 92 saves this season – the third-most in the Premier League – at an average of 4.6 per game, a figure which is impressive given the number of shots he has faced (133). That means Pickford has a save percentage of 69.1 – more than either of City's current keepers.

Whatever happens at the Etihad this summer will be dictated by Guardiola's willingness to admit he got it wrong. History suggests it's usually his way or the highway.