Manchester City are willing to test Liverpool's resolve by offering £35 million in an attempt to convince the Merseyside club to part company with Nathaniel Clyne.

The right-back, who joined Liverpool in July 2015 in a deal potentially worth £12.5 million, has been identified as Pep Guardiola’s main defensive target as the under fire City boss looks to find a long-term solution to the Bacary Sagna and Pablo Zabaleta conundrum.

It is widely acknowledged that when Guardiola was appointed as Manchester City manager he decided the defensive overhaul was going to be spread over two summer transfer windows. John Stones was phase one and a new set of full-backs is planned for phase two.

Sagna has struggled in Guardiola's new inverted full-back system and, at 33-years-old, he isn't getting any younger. Zabaleta, who looked destined to leave the club in the summer, had embraced the new system at City but there are still question marks over his suitability and at 31-years-old the Argentine full-back isn't one for the future. The Manchester City no.2 seemingly has many admirers in Italy with Roma, Juventus and Inter Milan all reportedly interested. There’s unrest amongst the Manchester City support with many wondering just how long the need for fresh blood in right-back position can be overlooked.

Clyne's stock is on the rise after an impressive start to the season. He's been ever-present in the Premier League for Liverpool as the Reds have played their way to the top of the league. A lot of praise has been directed the way of the Liverpool attack but the full-backs are an integral part of Klopp's fluid system. With Sadio Mane, who is seen as the right-winger in the Liverpool team, cutting inside to link with Roberto Firmino and Philippe Coutinho, it's Nathaniel Clyne who is responsible for the width on the right-hand side and he seems to be relishing the increased influence on the team he's being afforded.

The 2016/17 season is only 9 games old, it's a small sample, but Clyne's stats back-up just how influential he's been for Klopp. On average he's attempting 50 passes and completing 81% of them per 90 minutes. He makes 2.3 tackles, 1.3 interceptions and the opposition only manage to dribble past him 0.4 times per 90. He's also renowned for preventing the opposition from putting crosses into the area. 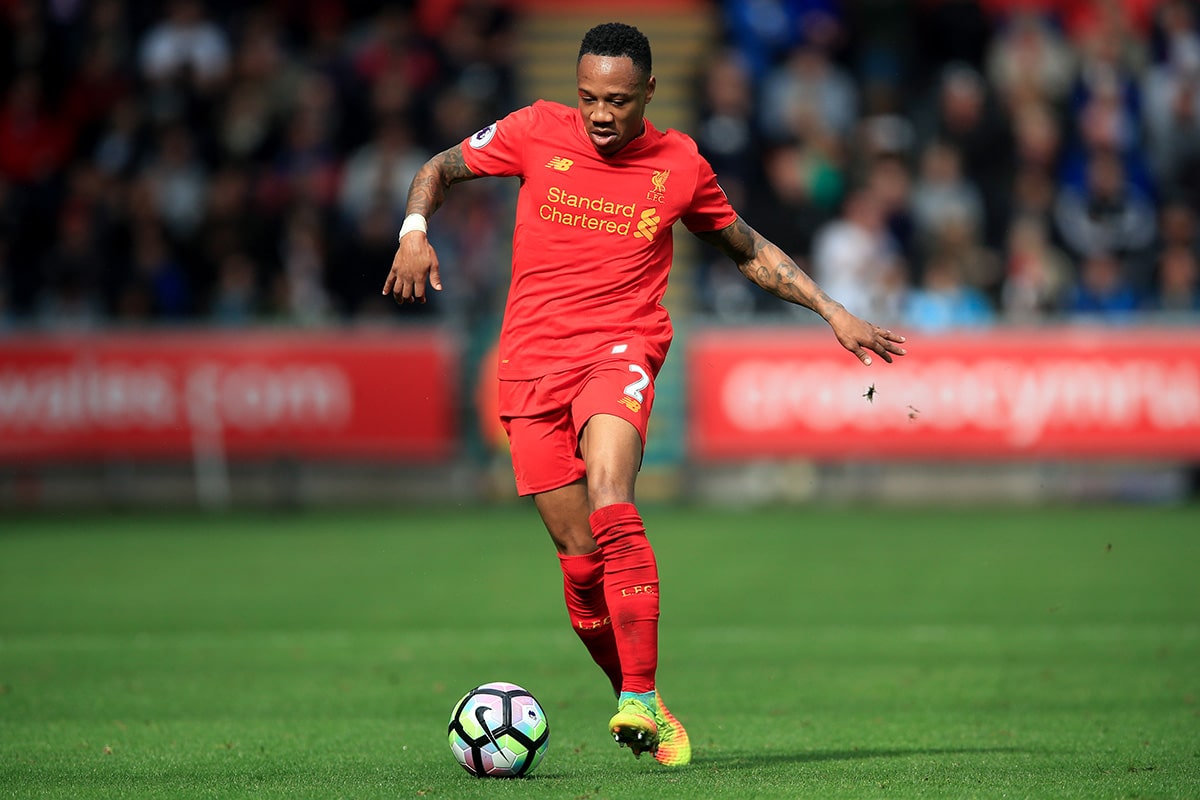 When compared to his Manchester City counterparts Clyne doesn't come up short.

The 25-year-old, who was linked with a move to Manchester United before joining Liverpool, seems ideally suited to the style Pep Guardiola is trying to implement at the Manchester club. Although the England International primarily keeps the width when playing for Liverpool there are instances in matches where he drifts inside and takes up central positions, similar to what Guardiola wants from his full-backs. He's composed on the ball, intelligent in his play, doesn't naively surrender possession, and is one of the few full-backs in the Premier League who appears to have been able to balance defence and attack.

However, there is no pressure on the Reds to cash in on Clyne with the full-back having a contract with the club until 2020. Manchester City know the onus is on them to convince Liverpool to sell the defender if they are to land one of Guardiola's top summer targets and are prepared to almost triple what Liverpool spent to bring him to Anfield less than 18 months ago.

City know they're going to have to pay up if they are to convince Liverpool into selling them, their rivals for the title, their starting right-back and there's previous between the two clubs when it comes to transfers. Liverpool held firm when Manchester City came calling for Raheem Sterling in the summer of 2015 and resisted accepting an offer until their asking price was met.

It is not yet known whether Klopp would be open to selling Clyne but If he's looking to build a squad capable of competing then keeping hold of his starting players, especially when rivals come calling, is a necessity.