Judging by other pairs, it seems that Athletic Bilbao will have the easiest job against Real Mancha in this round of Copa del Rey. Still, we have prepared a preview and free betting tips for this match, so check them out.

Our top betting tips for Real Mancha vs Athletic Bilbao

If you are not sure what is the right bet for Real Mancha vs Athletic Bilbao, check our top betting predictions for this game:

Athletic Bilbao to Win with Handicap (-1)

Real Mancha already surprised everyone with their win over Granada in the last round, which was a huge upset. Doing that twice in a row would be a bit too much for a team that's fighting against relegation in the fourth rank of Spanish football.

With that in mind, we expect a convincing win for Athletic Bilbao in this match. In fact, we can see Bilbao winning this match by two or more goals.

Since we expect Athletic Bilbao to win this game convincingly, we obviously expect to see more than a few goals in this match as well. In fact, at least three goals should be scored in this game.

That being said, both Real Mancha and Athletic Bilbao have averaged fewer than two goals per game this season and they are among the worst teams in their respective leagues in this area. Still, Athletic Bilbao has too much quality for this game to end without three or more goals.

You don't have to waste your time looking for the best Real Mancha vs Athletic Bilbao odds – you can find them all right here:

It's clear that the guests are absolute favourites in this match, but let's take a closer look at both teams before they meet:

Reaching the 1/16 of Copa del Rey is already a success for a team that plays in Segunda RFEF, which is the fourth tier of Spanish football. After all, they are the only team from this rank to stay in the competition and they reached this stage by eliminating Granada. This was a huge upset, especially since Real Mancha is currently in the relegation zone in Segunda RFEF.

As far as their potential lineup goes, we don't have a lot of information about injuries and other absences for Real Mancha. So, we suggest that their lineup will look a lot like the one they played against Granada.

The Basque team has been pretty inconsistent this season, as is evident from their last five matches in La Liga in which they managed to win twice, lose twice, and draw once. Overall, Athletic Bilbao is right in the middle of the standings at the moment, with potential to either climb up or slide down further.

There are a few injured players and coronavirus cases at the club right now, so that will affect the starting lineup. Villalibre, Vivian, Berchiche, and Nolaskoain are all on the team's injury list, while Nunez, Lekue, Zarraga, Ezkieta, and Garcia are out with COVID. 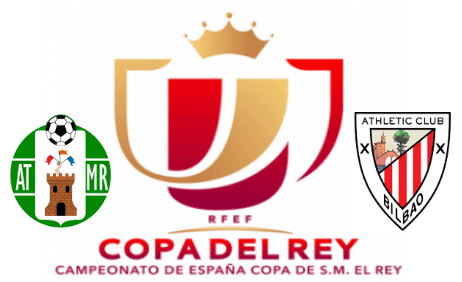