This preview focuses on Manchester United’s attempts to get a first Champions League when Ralf Rangnick and they take on Young Boys in this final group match.

Manchester United were able to get a narrow 1-0 win over Crystal Palace thanks to a second-half goal from Fred. Ralf Rangnick was able to pick up a victory in his first game as the interim manager. Young Boys suffered a 2-1 loss in the midweek Swiss Super League match at the hands of Servette.

Manchester United produced a solid performance against Crystal Palace during the weekend. Even though the challenge from Young Boys will be a lot difficult, the presence of a new manager in the dugout will undoubtedly have its say. Young Boys are also stepping into the match on the back of two losses in the recent three matches. Young Boys have also suffered a defeat in the last two away games in Europe.

United were really solid against Crystal Palace and Young Boys can expect more of the same. The lack of goals from the visitors is likely to be profound. The Swiss team have not scored in the two away games since the group began. United will be taking a completely different approach to the days under Ole Gunnar Solskjaer.

Cristiano Ronaldo has been the Messiah for Manchester United in the Champions League. The Portuguese superstar has been able to score in all of the group games – including two late winners. His experience will undoubtedly have a huge say in the direction of the game.

Manchester United made a good start to life under Ralf Rangnick but the crucial aspect for the club will be to build on the win over Crystal Palace. A victory from the final group match will also end any doubts about finishing top of the group. Rangnick will be without Edinson Cavani, Raphael Varane, and Paul Pogba due to injury. Meanwhile, Luke Shaw, Jesse Lingard, and Anthony Martial are doubtful for the game.

Young Boys continue to struggle with a number of injury problems that are unlikely to help them improve their poor away record in the Champions League. The visitors will be without as many as seven players due to injury including David von Ballmoos and Christian Fassnacht. 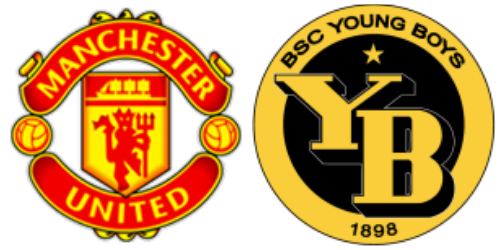 Where is the match scheduled? Old Trafford

Which team is the favourite to win? Man Utd