Ronaldo's Premier League looks set to be delayed due to an expected period of self-isolation that the Portuguese international is expected to complete but that won't shift focus on what is expected to be an entertaining 90-minutes at Old Trafford.

Our Free Betting Tips for Man Utd vs Newcastle

At least four goals have been scored in four of the last six meetings between these two clubs and were expecting another action-packed 90-minutes this weekend. Three of Man Utd's last five fixtures have produced over 3.5 goals, while two of Newcastle's last four outings have also witnessed at least four goals.

If there is to be no Cristiano Ronaldo at Old Trafford this weekend then Man Utd will likely stick with the team that has served them well so far this season, including young forward Mason greenwood. Greenwood has scored three goals in the league already this season and is developing really well at the Red Devils, so don't be surprised to see him on the scoresheet this weekend.

Man Utd vs Newcastle: The Stats and Figures

Is Ronaldo's return set to be delayed?

Man Utd claimed a narrow 1-0 win at Wolves before the international break, putting them 3rd in the table on 7pts. The return of Cristiano Ronaldo to Man Utd has dominated the closing of the transfer window and all the time since then as the Old Trafford fans await the 36-year-olds first steps back onto the pitch in the famous red and black.

Newcastle have endured a poor start to the season despite not yet playing any of the ‘big' teams in the division, so a trip to Old Trafford is bound to make the Toon army's fans nervous. Newcastle don't have the best of records against Man Utd, especially not at Old Trafford, and it's hard to see them getting anything out of this game.

Man Utd: Rashford, McTominay, Telles, and Henderson are injured and there remains doubt over the fitnesses of Jones and Sancho, while Ronaldo could also be forced to miss out on his second debut for the club.

Newcastle: Dubravka, Shelvey, Darlow and Anderson look set to miss the trip to the Northwest and there could be late fitness tests for Hayden, Dummett and Wilson. 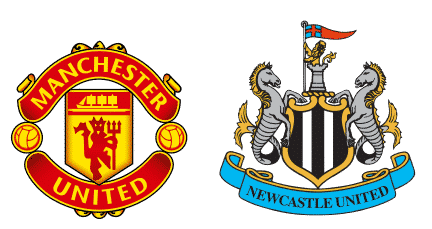