Man Utd have won the FA Cup 12 times in their history and how the club could do with making that 13 victories this season given that their title challenge has evaporated. Championship side Middlesbrough provide the opposition at Old Trafford and would love nothing more than to emulate the Boro side of 1997/98 that made it through to the final of this illustrious competition.

Man Utd claimed a 1-0 win in their last game at home to West Ham but were made to wait until deep into stoppage time in the second half before Rashford scored the all-important goal. Man Utd also had the home advantage in the last round of the FA Cup against Aston Villa where Rangnick's man secured yet another 1-0 victory. Three of Manchester United's last five matches have produced 1-0 scorelines, two of which have gone in their favour.

Middlesbrough beat Coventry 1-0 at the Riverside Stadium thanks to a 58th-minute effort from Sporar. That result leaves Boro sitting 6th in the Championship table and looking to compete for the play-offs and a return to the Premier League. Boro made the trip to Mansfield in the FA Cup 3rd Round where a 5-goal thriller ended in a 3-2 victory for the Championship side. Obviously, Boro will play their strongest starting eleven at Old Trafford and will genuinely fancy their chances of causing an upset.

Middlesbrough: Bola and Browne are the main injury concerns for the visitors this week. 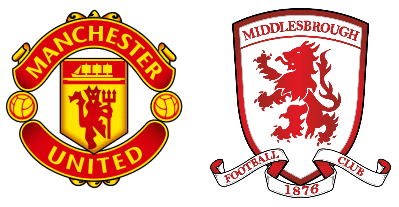