Man Utd continued their good form at the weekend and stopped their rivals, Man City, from officially getting their hands on the Premier League trophy for at least a couple more days. Leicester were left dumbstruck by struggling Newcastle on Saturday and will be looking for a response from their players at Old Trafford as the Foxes chase a spot in next season's Champions League.

Read on for our full match preview and prediction for Man Utd vs Leicester in the Premier League.

Both teams have scored in four of the last seven meetings between these two clubs, including both of the duo's clashes this season in league and cup. Four of Man Utd's last five fixtures have ended with both teams getting on the scoreboard, while four of Leicester's last six matches have also produced goals at both ends of the pitch.

Uruguay's Edinson Cavani has scored 8-goals in the Premier League this season, netting in his last appearances against Aston Villa. The 34-year-old striker is in great form right now, netting 8-goals in his last eight games for Man Utd in all competitions, so Leicester should be worried.

Man Utd put in a great effort away at Aston Villa considering they had been involved in a midweek Europa League semi-final against Roma, securing a 3-1 win at Villa Park on Sunday. The Red Devils are in great form right now and will be desperate to continue their positive results ahead of the Europa League final, which means avoiding defeat on Tuesday night against a Leicester side that have been more impressive on the road than in their own backyard. Martial, James and Jones will miss this midweek game, while there are fresh doubts over Maguire who injured his foot against Aston Villa.

The visitors will be without Juston, Barnes and Morgan for the trip to Old Trafford, while former Man Utd defender Jonny Evans is a doubt following the weekend clash with Newcastle. The Foxes were thrashed 4-2 at home by the Magpies and have now failed to win their last two league games, which will be a concern to Brendan Rodgers as his team hasn't secured a top-four finish just yet. Leicester do not have a good record at Old Trafford and haven't won there since way back in 1998.

Man Utd vs Leicester: Your Questions 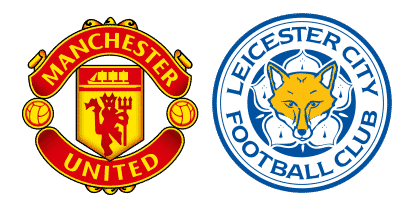