Man Utd head into Sunday's game against Burnley as the bookmaker's favourites to win, despite struggling to beat their guests at Old Trafford in recent seasons. Burnley could really do with another of their excellent away results against Man Utd this weekend as they remain in the thick of a relegation battle.

Read on for our full match preview and prediction for Man Utd vs Burnley in the Premier League.

The Best Betting Tips for Man Utd vs Burnley

Man Utd have picked up four wins from their last six games against Burnley and have kept clean sheets in each of those victories. The hosts have won five of their last six matches heading into the 2nd leg of their Europa League quarter-final against Granada, while Burnley have lost three of their last six fixtures.

Three of Man Utd's last four matches have produced over 2.5 goals, while four of Burnley's last six outings have also featured at least three goals. Two of the last three meetings between these two clubs at Old Trafford have ended with over 2.5 goals being scored.

Bruno Fernandes top scores in the league for Man Utd this season with 16-goals. The Portuguese midfielder is due a league goal soon as he has failed to find the back of the net in his last three outings in the Premier League, but will once again be on free-kick and penalty duty this weekend.

Man Utd to maintain good league form with a win

Man Utd secured a 3-1 win away at Spurs in their last league game and remain Man City's only rivals for the Premier League title this season. Man Utd sit 7pts clear of Leicester City as things stand and boast a good recent record against Burnley, so should be confident in their chances of increasing that gap on Sunday.

Admittedly, Man Utd have a midweek Europa League tie to negotiate before they can turn their attention to Burnley and the visitors will be looking to take advantage of any slip-ups the hosts offer. Rashford, Bailly, Jones and Martial could all miss the game through injury, though England striker Rashford will be given the chance to pass a late fitness test.

Burnley could be without their first-choice goalkeeper Pope, while Rodriguez, Long, Brady and Barnes are also struggling with injuries and could miss the short trip to Manchester.

Burnley suffered a very disappointing defeat at home to fellow strugglers Newcastle and will be looking to make amends at Old Trafford this weekend. Burnley beat Man Utd 2-0 when the pair last locked horns at the home of the Premier League's most successful club and have also secured draws on their two prior trips to Old Trafford. 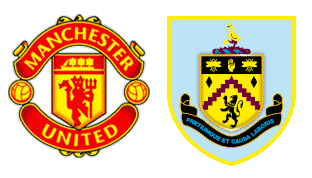