Man Utd were knocked out of the FA Cup prior to the international break and will be looking to make a return to winning ways at home to the Seagulls. Brighton have won their last two matches but have a poor record against the Red Devils over the last couple of seasons. Read on for our prediction for Man Utd vs Brighton in the Premier League.

The Best Bets for Man Utd vs Brighton

Bruno Fernandes top scores in the league this season for Man Utd with 16-goals. The Portuguese midfielder is overdue another goal in the red and black of Man Utd as he has only netted in one of his last five appearances. Fernandes has also scored three goals in his last three games against Brighton and appears to really enjoy playing against them.

Man Utd's excellent away run came to an end in the FA Cup against Leicester last time out but with the home advantage this weekend, a return to winning ways could well be on the cards this Sunday. The hosts have won three of their last five matches in all competitions and love playing against the Seagulls. Man Utd have won their last five encounters with Brighton, including the duo's last two meetings at Old Trafford. Jones remains sidelined with a knee injury, but Mata, Rashford, Greenwood and Martial could all return to the squad to face Brighton.

Brighton look like they have hit form just at the right time in the season and will be hoping that the international break hasn't ruined their flow ahead of a tricky trip to Old Trafford. Brighton have won their last two Premier League games, but before that they lost three on the run against Leicester, West Brom and Crystal Palace. The Seagulls sit 6pts clear of third from bottom Fulham and a win on Sunday could move them even further away from the ongoing relegation battle. Andone, March, Webster and Lamptey have all been ruled out this weekend through injury, but Connolly could return.

FAQ about Man Utd vs Brighton 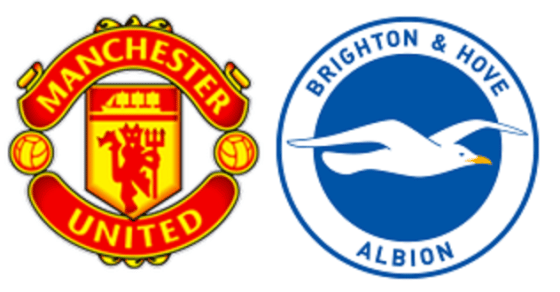