Man Utd take on the Group F leaders Atalanta on Wednesday night where they will be hoping to use their home advantage to bring an end to their guest's unbeaten stage to the Champions League this season.

Our Top Tips for Man Utd vs Atalanta

Here are our predictions for Man Utd vs Atalanta.

We're going against the odds with our first betting tip and backing Atalanta to leave Old Trafford with at least a point to show for their efforts and maybe even more. Man Utd have only won two of their last six matches in all competitions and have already lost in the Champions League this season against Young Boys on matchday 1. Atalanta have only lost one of their last six matches in league and cup and have so far secured a win and a draw from their opening two group games in the Champions League.

Cristiano Ronaldo already has 2-goals in the Champions League this season and we're expecting the Portuguese legend to find the back of the net against Atalanta as well, even if we're not convinced that Man Utd will win the game. Ronaldo has been a key figure since his return to Old Trafford but the club have been going through a poor run of form lately. Ronaldo has 3-goals in four Premier League starts but is due to score again after failing to score in his last two appearances for the Premier League giants.

Man Utd suffered a 4-2 defeat away at Leicester on Saturday and the pressure is starting to grow for Solskjaer. Man Utd took the lead in that game through Greenwood and managed to equalise 8-minutes from time through Rashford, after going 2-1 behind. However, late strikes from Vardy and Daka won the game for the Foxes. The last win for the English club arrived in the Champions League against Villarreal and Ronaldo and co will be hoping to return to winning ways on Wednesday night.

Atalanta recovered from their 3-2 defeat at home to AC Milan before the international break with an emphatic 4-1 win at Empoli on Sunday. Ilicic scored the opening two goals of the game before Atalanta conceded in the 30th-minute. However, an own goal from Viti and a late Zapata strike helped ensure all 3pts went to Atalanta. The Serie A side are yet to lose in the Champions League so far after drawing with Villarreal and beating Young Boys but a trip to Old Trafford is likely to prove to be their toughest game of the group stage.

Man Utd: Anthony Martial is a doubt and both Raphael Varane and Amad Diallo have been ruled out through injury until late October.

FAQ about Man Utd vs Atalanta 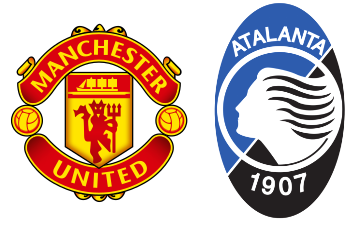