In April, former Manchester United flop Memphis Depay hit the headlines all over Europe when his wonderful half-way line lob for Lyon against Toulouse went viral.

It was a stunning, opportunistic strike from the Dutch international and a moment that perfectly encapsulated just how far he has come in such a short space of time since his move away from Old Trafford.

It was always going to be a risky move for the French club. Adept at bringing through their own talent, they have been stung in the past when spending a lot of money of big-name players, something they have only just recovered from.

“We’ve bet on a player who wants to show his immense talent,” president Jean Michel Aulas told RMC Sport when the transfer was on the verge of completion.

“There was a lot of interest in him from his time with Holland and in Eindhoven, where he had two fantastic seasons. When you see him developing, you get the impression that he really wants to show his immense talent. So we hope, as we hoped with the women’s team by bringing in Alex Morgan, and we are not disappointed.” 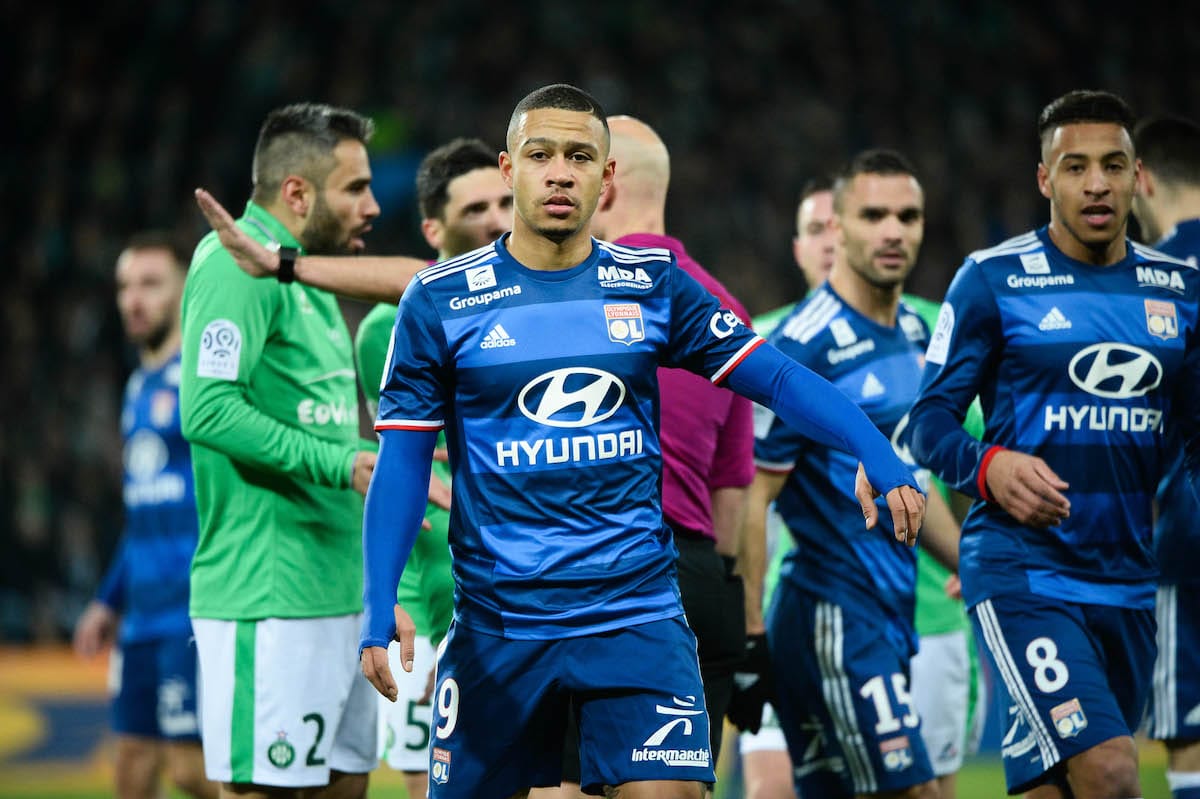 Lyon’s system instantly suits a player of his talent. A team whose success is built on movement, free-flowing attack and interchanging positions, they hope is that they could roll back the clock and revive the player that was so eye-catching in Eindhoven.

“This is a big operation, because I think it will be around €16.5m, with up to eight million in bonuses,” continued Aulas. “It’s a major investment.”

Moments like the aforementioned audacious strike catch the headlines, but his success in Ligue 1 has been built on more than viral videos. His first goal in that match showed more of the player Manchester United had hoped they had signed. 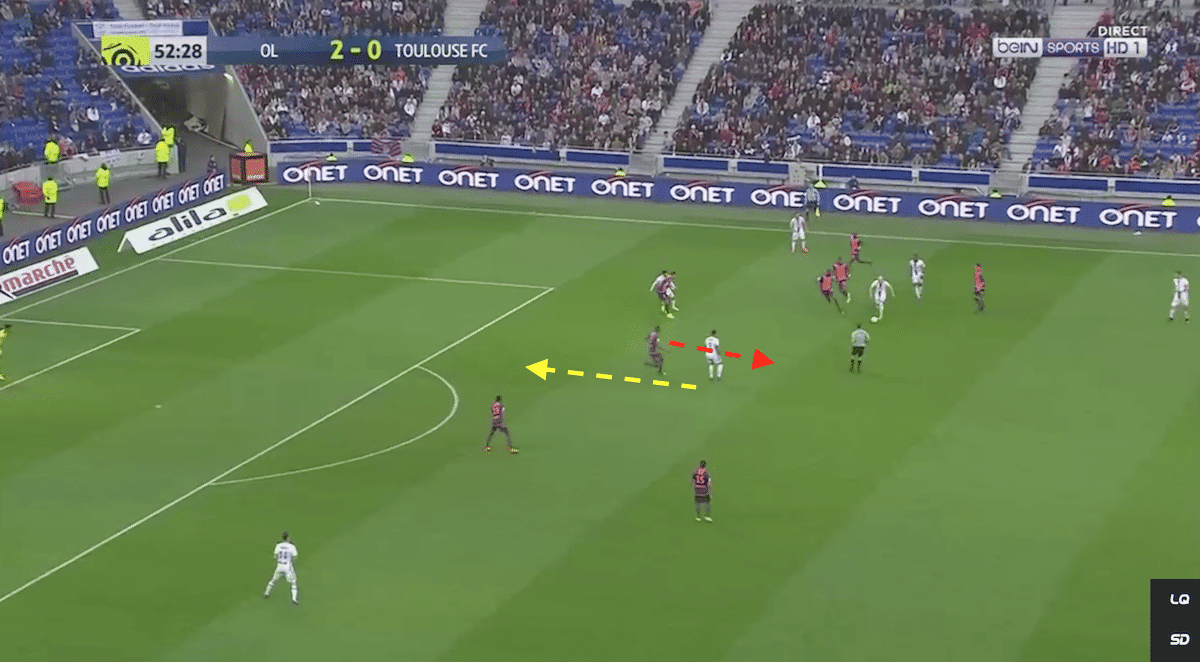 Drifting through the middle, he pounces on Issa Diop’s decision to charge out of the back line to float in behind the defence. 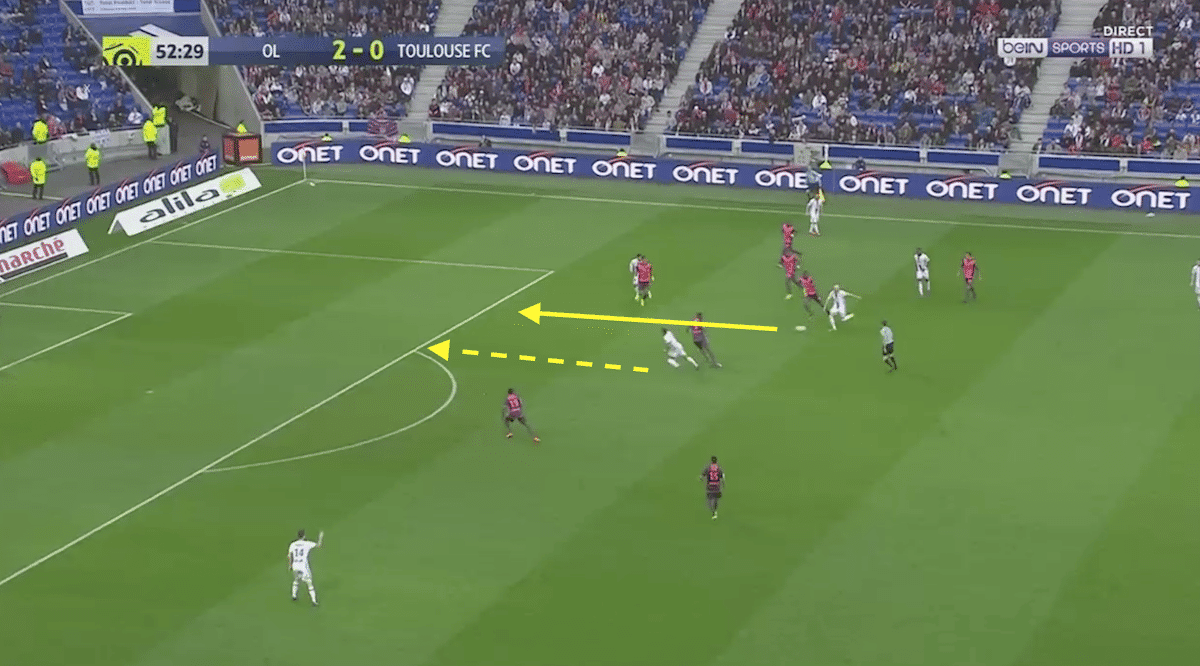 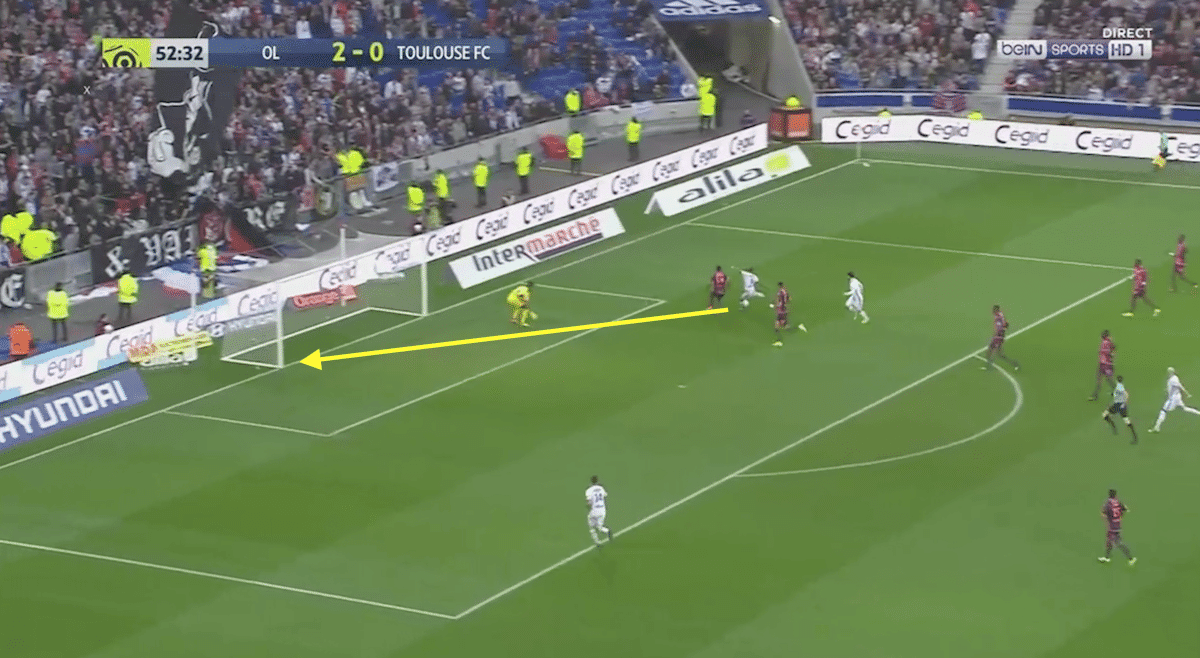 The 23-year-old takes two touches with the outside of his right foot before finishing low into the far corner.

Depay showed composure, confidence and the look of a player that is much more comfortable with life in his new surroundings.

Statistically, it’s easy to see why.

The Dutch winger, who was a transfer target for Spurs and Everton in January, has shown improvement in every area possible. He’s taking more shots, nearly more than double on target.

Despite doing more on the ball, he’s losing the ball less, from being dispossessed 4.2 times per 90 minutes to now only 2.2.

Sometimes you see some gradual improvement, but Depay’s numbers have jumped up massively in such a short space of time. It’s hard not to be impressed.

“Once again, through what he showed, Memphis regaled us,” Aulas beamed after Sunday’s win. “He made an effort that Pele had missed, I do not remember what year. In any case, Bernard (Lacombe) did not fail to remind me.”

“This is a sign of a very high-class player. He is someone who makes fans come to the stadium,” Aulas told press after the Sunday’s win.

“Today, we are lucky to have exceptional home players and now foreign players of international level.”

What he brings to the OL attack

Goals build confidence, no matter how they come. At the end of February, Depay scored a tap in against Metz after some impressive build-up play – he wasn’t involved, but he got himself in the right place, at the right time. It was just his second goal in seven games and has sparked a run of great form.

Later in the second half the former PSV forward cut in from the right-wing, used great strength to muscle a defender off the ball – after his touch nearly lost possession – and then smashed a powerful shot beyond Thomas Didillion.

Every great moment Depay has shown for OL is miles away from the player we saw at United. He didn’t give up and demonstrated drive and determination to score the goal.

People will always be quick to pounce on the belief that Ligue 1 is not the Premier League and that it’s easier to score, but it’s far from the truth.

Tactically, through discipline and defences that are very well-organised from as far back as the youth set-ups, France excels in this area.

It may not have the strength in depth of England, Germany or Spain, but teams are very hard to break down and show better defensive application than their English counterparts.

Although the English game is played at a higher, more consistent pace, it doesn’t create a defensive first attitude.

Sometimes clubs are too cautious for their own good, but it means you must work for your opportunities and Depay has done that very well so far, integrating himself to the system and life at ParcOL.

His first goal for the club took four games, but it showed an area where both parties match perfectly.

When OL win the ball, they overload on the right-hand side, with Maxwel Cornet, Nabil Fekir and Lacazette (all circled) all on the same flank. 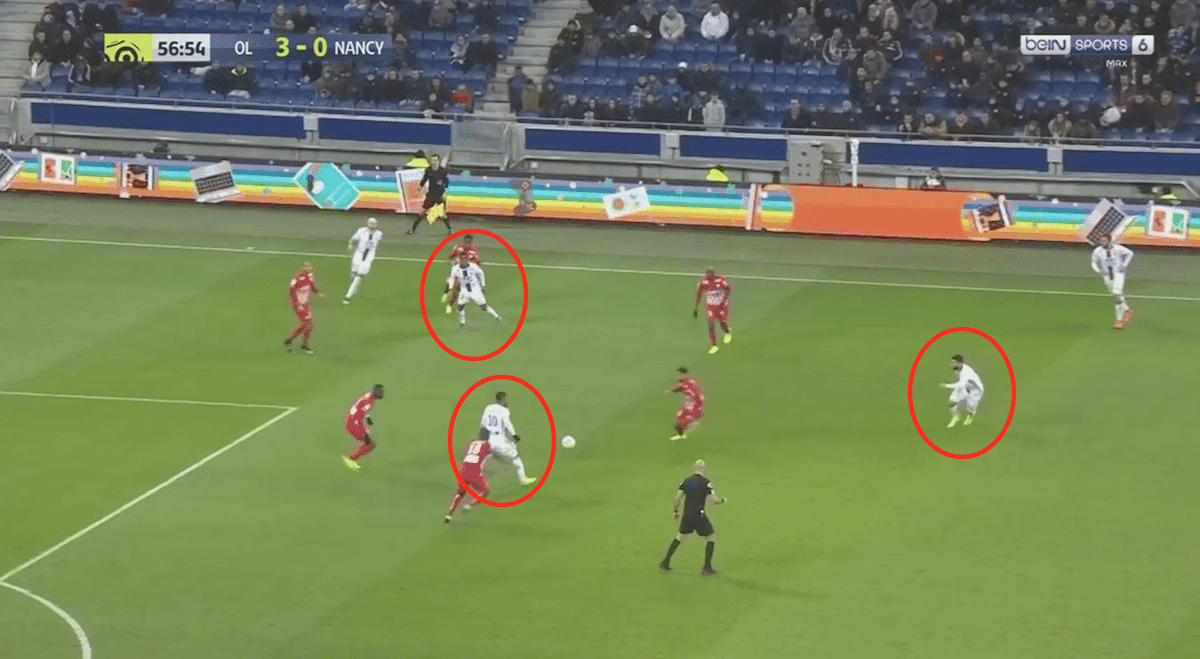 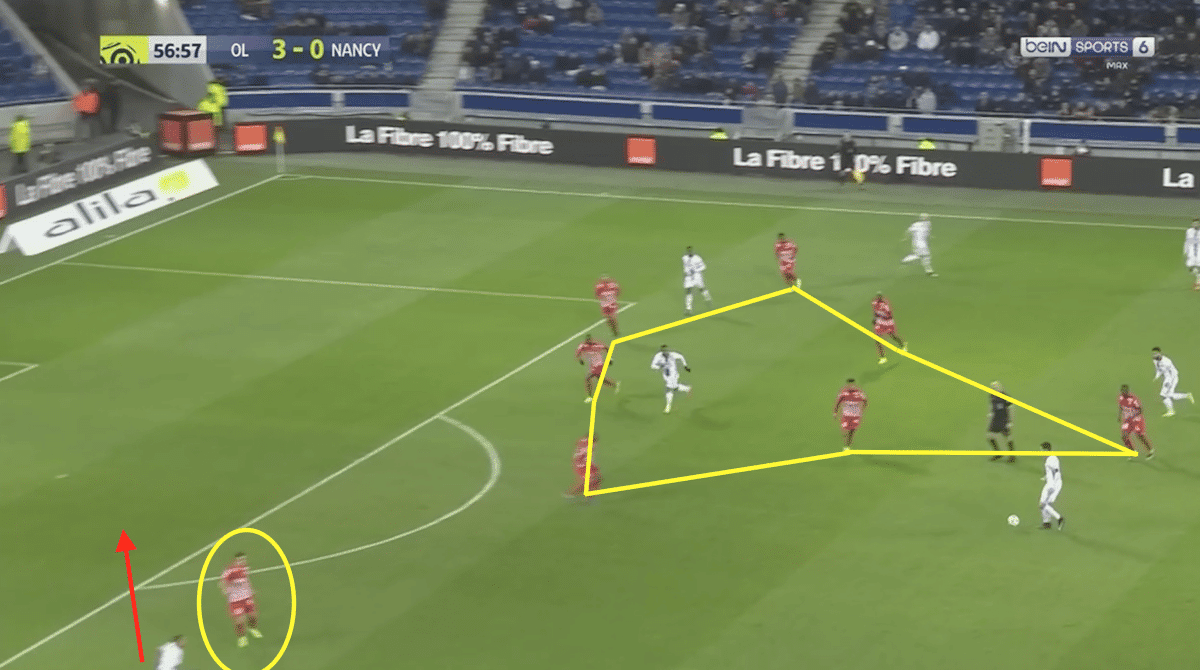 It forces seven of Nancy’s 10 outfield players to cover on that side. Lyon quickly work the ball from right to left and Depay is left one-on-one with the full-back.

Once slipped in-behind, the Dutchman makes no mistake in finishing calmly with his right foot. 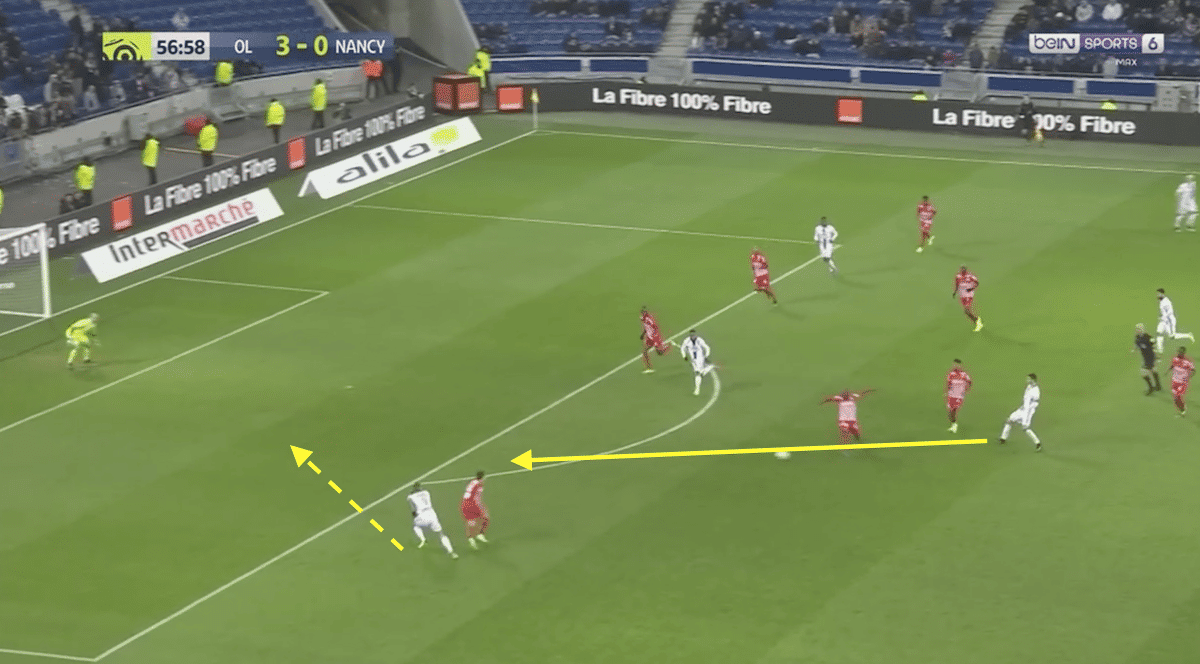 It was a brilliant example of how the French team work together and why they are a perfect fit for the skill set the winger brings to the club.

With 19 goals and 13 assists in Ligue 1 last season, Depay has been reborn in France and has established himself as a key component in what is a thoroughly exciting Lyon outfit.

As he returns to Manchester, to face Premier League champions City in the Champions League, it's fair to say he has recovered from his travails at Old Trafford and is ready to show English football fans why he was so hyped up in the first place.