Man City and Real Madrid served up a classic in the first leg; will this game follow suit? Find out with our Real Madrid vs Man City match preview with free tips, predictions and odds mentioned along the way.

These two teams went at it hammer and tong in the first leg and there is little reason to expect this match to be any different. With that in mind, we're steering clear of a match result tip and instead focussing on the goals; we believe there will be lots of them hence our top of over 3.5 total goals. Real Madrid and Man City both hit four in their respective league games after the first leg meaning their recent form is very strong in regards of over 3.5. Each of Real Madrid's last five have gone north of 3.5 whilst Man City have seen over 3.5 in four of their last five.

Both teams are guaranteed to score, aren't they?

Our next prediction for Real Madrid vs Man City is that both teams will score. After the first leg ended 4-3 you probably don't need much more convincing but the stats run deeper than just that one game. Real Madrid have scored 15 goals across their last five games – that's an average of 3.0 goals scored per game. In the same timeframe, Man City have scored 18; that's 3.6 per game. With both team's strength being attack, a clean sheet for either is highly unlikely.

This is undoubtedly the game of the week with many believing it could become one of the most memorable semi-finals in European Cup history. So often when that's expected, the game fails to deliver but this time it feels different.

Real Madrid were hopeless defensively in the first leg but, with that, they're still in the game and arrive in the second leg with what they'll feel is a stronger squad of players; Casemiro being fully fit is probably the big win. Can they keep City at bay whilst remaining an offensive threat?

Man City showed in the first leg that they're capable of taking any defence apart. Unfortunately, they also showed a couple of other traits that aren't irregularities, which is that they lack an out and out goalscorer and that they're far from watertight at the rear. All out attack is all City know so they'll approach this game with that as their main defence.

A quickfire FAQ on Real Madrid vs Man City 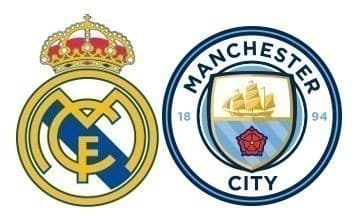