Premier League champions Manchester City have the home advantage against an injury-ravaged Everton side this weekend so it's no wonder the hosts are the odds on favourites to secure all 3pts at the Etihad.

Here are our predictions for Man City vs Everton.

Man City have an excellent recent record against the Toffees, winning each of the pair's last eight encounters across all competitions. Man City's last two victories against Everton have been accompanied by clean sheets and with Everton having so many injuries to their first-team squad, we're confident that the hosts will be able to keep things tight at the back on Sunday. Man City have kept clean sheets in two of their last four fixtures and Everton are without a win in their last five matches.

Man City to Win Both Halves

Man City secured a comfortable 5-0 win against Everton when the pair last locked horns, scoring twice in the first half and three more times in the second. We're backing the hosts to win both halves once again when they play host to injury-hit Everton, a side that have lost three of their last four outings in the Premier League, including a 5-2 loss at home to Watford.

Man City still lack a natural goalscorer that can guarantee them 20+ goals per season but that hasn't stopped them from scoring goals and remaining in the title race this season. England international Phil Foden joint-top scores in the league this season for City alongside Bernardo Silva on 3-goals. We're backing the youngster from Stockport to find the back of the net against a fragile Everton defence this weekend.

Everything you need to know for Man City vs Everton

Man City are the overwhelming favourites to beat Everton

Man City made the short trip to Old Trafford last time out where once again they earned the bragging rights of the city. An own goal from Bailly after just 7-minutes put City in front and a strike from Silva just before the break practically put the result beyond doubt. Man Utd were poor in this game and City kept them pinned in their own half for the majority of the 90-minutes, visibly frustrating the likes of Ronaldo. With that result, Man City sit 3pts behind the league leaders Chelsea and level on points with West Ham.

Rafa Benitez was looking to put an end to Everton's losing streak when the Toffees played host to Conte's Tottenham before the international break. The game itself ended goalless but Everton were unlucky to have a penalty taken away from them via VAR and had the better of the chances during the 90-minutes. Despite making a good start to the campaign, Everton are now in the bottom half of the table and really need to get their key players back from injury before they slipped too far behind the rest of the European hopefuls.

Man City: Ferran Torres and Liam Delap are injured and won't feature this weekend, neither will the suspended Aymeric Laporte. Jack Grealish is also a doubt having picked up an injury on international duty with England. 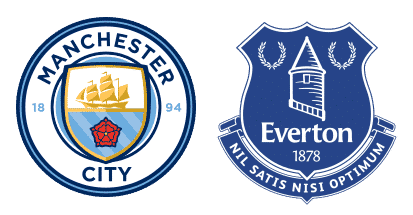