Man City sit 3rd in the Premier League table as things stand but could go top if they beat Crystal Palace at the Etihad and results elsewhere go in their favour. Crystal Palace have become the draw specialists this season and while Patrick Vieira would love a win at one of his former clubs, a point would be considered a great result.

Here are our predictions for Man City vs Crystal Palace.

Gundogan had a great goalscoring season for Man City last season and already has two goals to his name in the Premier League this time around. We're backing the German international to find the back of the net for the second week on the run, having scored one goal during the 4-1 win at Brighton.

Man City stuffed Brighton in their own backyard last time out thanks to an excellent first-half display which produced two goals for Foden and one for Gundogan. Mahrez added a fourth goal late on as City ran out 4-1 winners against a Brighton side that have started the season really well. Guardiola's side certainly look like they are going to be challenged for the title by Liverpool and Chelsea this season and will have to be at their very best to keep either of those sides from taking their crown.

Crystal Palace drew for the fourth straight game when they took on Newcastle last weekend. After a goalless first half, Palace took the lead in the 56th-minute through Benteke but Newcastle got themselves back on level terms in the 65th-minute and the game ended 1-1. Crystal Palace have played some good football under Vieira but need to start making the most of their games if they want to start moving away from the relegation places and into a safe mid0table battle.

Man City: Ferran Torres, Liam Delap and Raheem Sterling are the only injury concerns for Man City this weekend.

Crystal Palace: Eberechi Eze and Nathan Ferguson look set to miss the trip to the northwest due to injury. 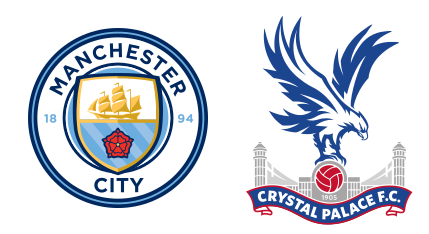