Arsenal are still yet to score or pick up a single point in the Premier League this season and now they face their toughest away game of the campaign against the champions, Man City. Guardiola's side are the big favourites to win this weekend and another defeat for the Gunners would put even more pressure on Arteta.

Man City kept a clean sheet in their last game against Norwich, securing a very comfortable 3pts, while Arsenal are yet to score this season and are really need to get Aubameyang and Lacazatte match fit and scoring goals. City have won five of their last six competitive encounters with the Gunners and have kept clean sheets in four of those victories.

Raheem Sterling scored in his last game against Norwich and finally looks happy again in a Man City shirt. The England international had a great Euro 2020 campaign and he has continued that good form into the new Premier League season. Arsenal are yet to keep a clean sheet in the league and will struggle to deal with Sterling's pace and movement.

As far as a final scoreline is concerned, we're predicting a 2-0 win for the home side. Arsenal have lost each of their opening two league games 2-0, away at Brentford and home to Chelsea, while two of Man City's last three outings have produced under 2.5 goals. Man City could potentially run riot over the Gunners this weekend but we won't see City at their best until De Bruyne and Foden are back from injury and fully match fit.

Everything you need to know ahead of Man City vs Arsenal

Can Arsenal end their losing streak at the home of the champions?

Man City cruised to a 5-0 win over Norwich last time out thanks to goals from Grealish, Laporte, Sterling, Mahrez and an unfortunate own goal from the Canaries keeper Kril. That victory ended Man city's two-game losing streak and provided Guardiola's men with a much-welcomed confidence boost. City have had a full week to prepare for this game as they have a bye into the next round of the League Cup and while Foden remains sidelined, De Bruyne could make his return from injury this weekend.

Arsenal still have plenty of injury concerns ahead of a tough trip to the Etihad on Saturday as Gabriel, Partey, Nketiah, White and Bellerin have all been ruled out of the game due to injury. Tierney and Lacazette could return to the squad to face Man City but neither are expected to be ready to start a match just yet. Following back-to-back 2-0 defeats against Brentford and Chelsea, the pressure is growing on Mikel Arteta with some sources suggesting that the Spaniard has until October to turn the club's fortunes around. The last thing a manager needs when his side is struggling is an away game against the champions and we just can't imagine a scenario in which the Gunners leave Manchester with anything to show for their efforts. 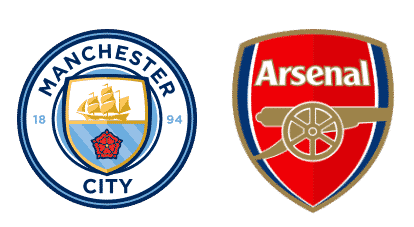