Manchester City welcome Tottenham Hotspur to the Etihad Stadium this Saturday in what promises to be one of the most fascinating tactical battles of this Premier League season. Pep Guardiola’s side have broken records on their way to the top of the table, but Spurs were the first team to defeat them last season.

Mauricio Pochettino’s men have returned to something approaching top form in recent weeks, with 2-0 and 5-1 wins over Brighton and Hove Albion and Stoke City respectively. They can use those victories to gain further confidence in the knowledge that most of their best team performances have come against attacking opposition.

Tottenham hammered Liverpool 4-1 at Wembley Stadium in a shrewd defensive display. They also overcame reigning European champions Real Madrid, Cristiano Ronaldo and all, in a stunning 3-1 Champions League win. Manchester City are scoring goals for fun, but they will need to be wary of their visitors’ propensity for stifling and countering.

Here, we at Football Whispers look into the statistics and performances of both teams to break down what should be an exceptionally high level football match.

Guardiola loves a ball-playing goalkeeper, he always has done. At Barcelona, Victor Valdes was often seen rushing out to sweep up behind a high line; at Bayern Munich, Manuel Neuer’s ability in possession was integral to his style of play.

The Catalan coaching icon tried to replicate this in his maiden campaign of Premier League football by very publicly ditching Joe Hart for Claudio Bravo, but the Chilean was error-prone and jittery. Those issues have since been erased, however, by the summer addition of Ederson.

Signed from Benfica for big money, the tattooed shot-stopper is one of the least conventional players ever to grace a Premier League six-yard box. However, with his commanding persona, bravery in one-on-one situations, speed off his line and technical quality, he has filled a crucial void in the Manchester City XI.

No longer does Pep worry about balls over the top of his aggressive defence, for Ederson will be there to sweep up. Additionally, the City boss can relax more during his side’s build-up play, as their Brazilian goalkeeper is a willing and able participant.

The simple but important benefit brought by the No.1 is that he allows his team to numerically overload opposition in the early stages of Manchester City’s possession – he can combine with the centre-backs, full-backs and defensive midfielder to help ensure there is always an extra man to pass to.

Ederson’s talents make City highly difficult to dispossess in their initial build-up, so Tottenham should consider eschewing this notion altogether. They have already shown several times this season that a high press is not necessary in order to intercept and exploit opposition in attacking transitions.

Attempting to win the ball while Guardiola’s side are building from the back is risky. Failure to succeed can see players being eliminated, leaving the defending team open in their middle and defensive thirds. When up against the likes of Kevin De Bruyne, David Silva and Raheem Sterling, that isn’t a nice situation to be in. 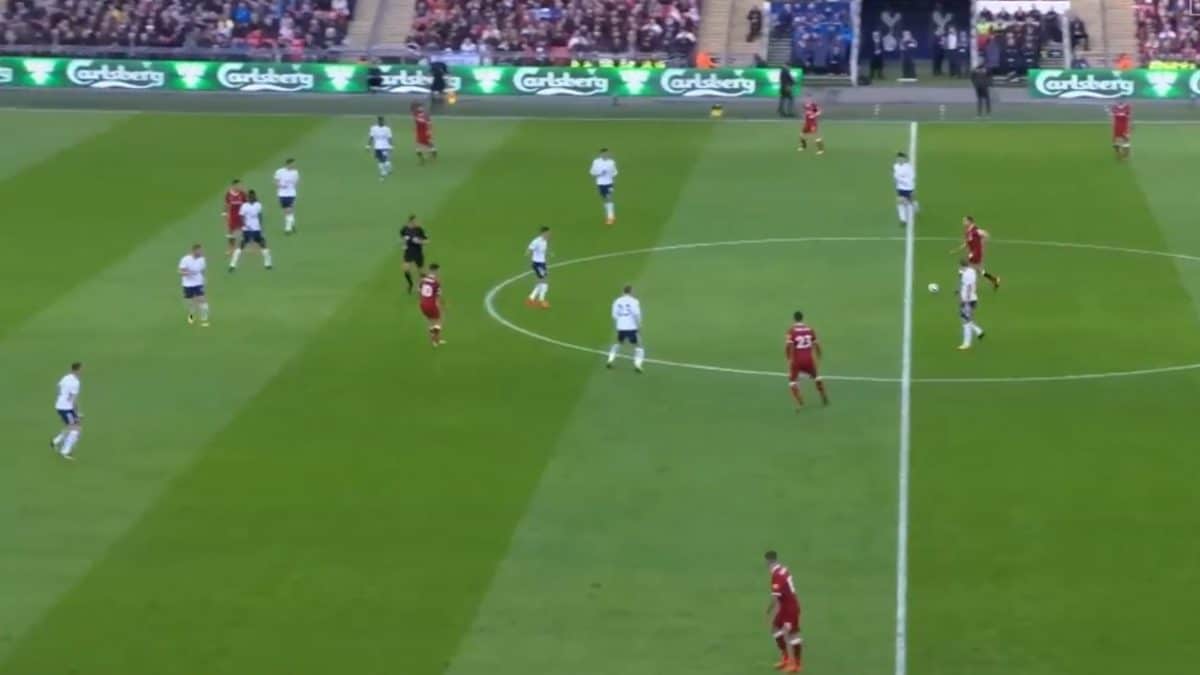 By dropping deep and attempting a midfield press (see above graphic), guarding their own half and only applying pressure when Manchester City threaten to enter it, Spurs can retain a compact defensive shape and compress the space between the lines for City’s subtle midfield creators to enjoy.

This approach can also encourage City’s back line to push up, leading to the creation of space behind to be countered by the pace of Son Heung-min, who had a field day against Liverpool in similar circumstances.

One of the great things about the fluidity of Manchester City’s system is that it enables them to gain superiority in midfield. While nominally they line up in a 4-3-3, the individual responsibilities of players within that shape means there are a number of ways for them to dominate the centre of the pitch.

The inward movement of the full-backs was the first major tactical innovation utilised by Guardiola in the Premier League. This has continued in 2017/18, with Kyle Walker and Fabian Delph on the right and left respectively pushing infield to support attacking moves. 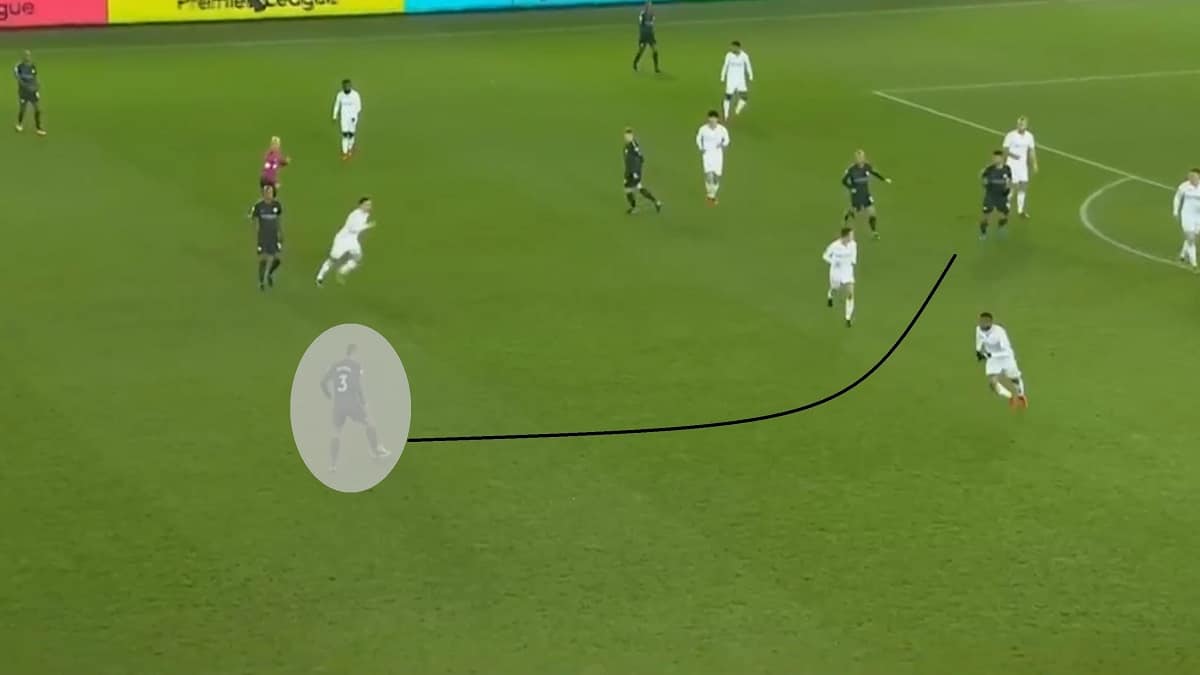 One reason behind these movements, demonstrated by Danilo against Swansea City above, is that it gives stability to the midfield area. With De Bruyne and Silva acting as floating interiors, there is a need for an extra body to come in and support from deep. Another reason is that it allows Sterling and Leroy Sané, the wingers in the nominal 4-3-3, to remain wide and stretch the opposition back line.

With one of the full-backs pushing on into midfield to join defensive midfielder Fernandinho, City are generally well positioned to mitigate counter-attacks at source. But there are also attacking benefits, notably gaining numerical superiority over the opposition and allowing Silva and De Bruyne to get between the opposition’s midfield and defensive lines.

To give Spurs an extra defensive headache, Guardiola may start Gabriel Jesus up front. The striker is an intelligent mover who often drops deep into midfield to link attacks and combine with team-mates. Pochettino may ask one of his centre-backs, perhaps Jan Vertonghen, to man-mark the Brazilian, but this will only lead to space being opened up in his back line.

Manchester City and Tottenham are two of the finest teams in Europe today. Both are outstandingly well organised, with clear principles imbued by respected managers. However, if City can enforce superiority in midfield, they can establish dominance, create scoring chances and seal three massive points.