It came down to the wire, but Alexis Sánchez‘s protracted transfer to Manchester City fell down on deadline day last summer.

With the Chilean out of contract at the end of the season and unwilling to re-sign with Arsenal, he is still one of the hottest properties in English football.

City have been repeatedly linked with making another move for the forward in January, and this time the Gunners players are said to expect the former Barcelona man will be allowed to leave the Emirates.

Still a Paris Saint-Germain target, it is believed that Neymar has Sánchez at the top of his signings wish-list and usually, just like with penalties, what the Brazilian wants, the Brazilian gets.

City are favourites, though, and Pep Guardiola is keen to be reunited with the deadly attacker. With Gabriel Jesus' injury, his wishes are only likely to get stronger.

With that in mind, we've decided to take a look at how City would line up with Sánchez in their starting XI, with everyone fully fit. His addition would improve an already talent filled attack at the Etihad and give the innovative Guardiola something else to contemplate as his side eases to the title. 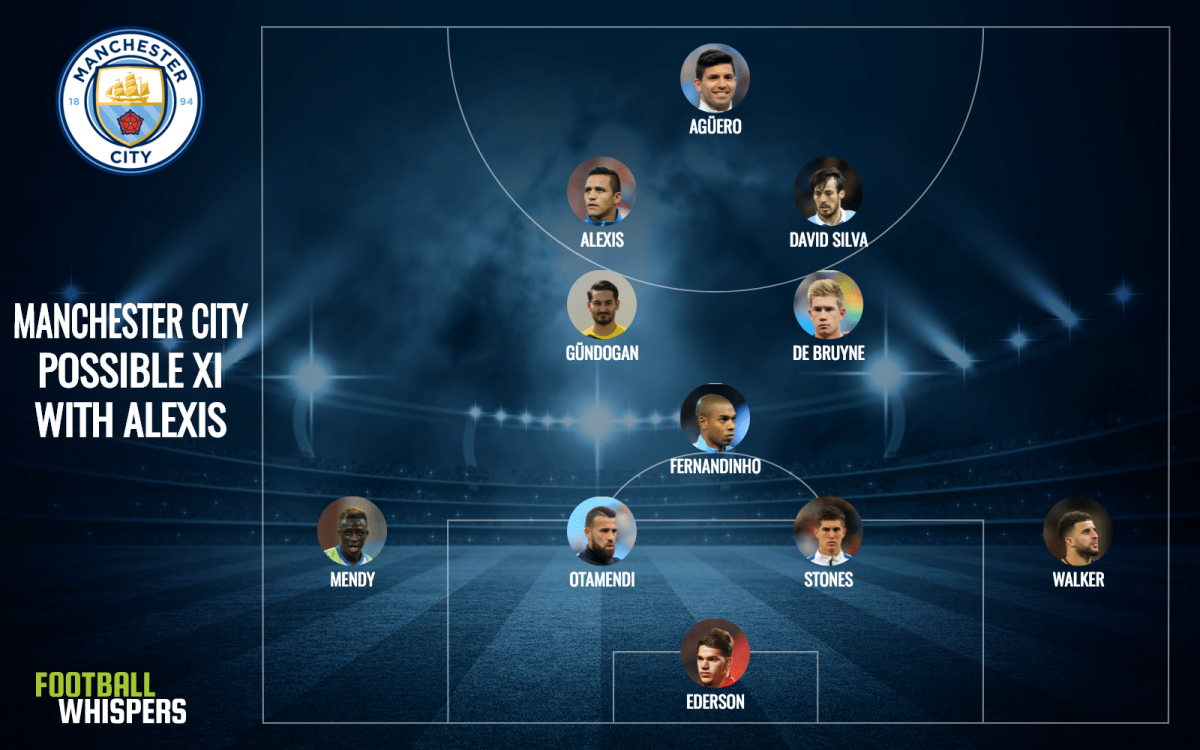 When Bernardo Silva, Leroy Sané and Raheem Sterling are on the bench you know you have somewhat of a bulked squad. This could well be a scenario for Guardiola this season, who has depth most managers can only dream of, especially given the England international's form.

But it's a scary proposition and if the balance was right it could well be a spectacle to watch.

Sánchez would be in a position to get beyond Sergio Agüero and into goalscoring positions, something you want the 24-goal attacker to do in your team.

But they would also be able to make use of his work rate in central areas after opting to go with a central midfield two, easing the concerns of it being overran. 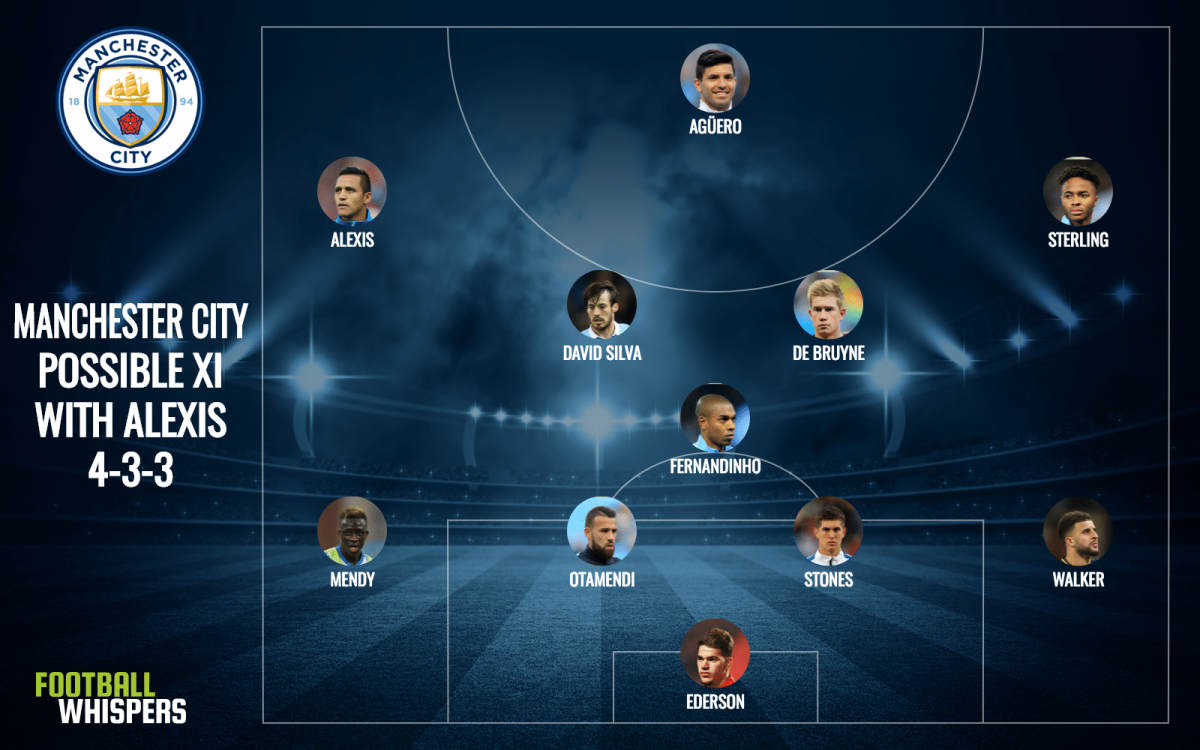 Guardiola could surprise everybody by using Sánchez in what many consider to be his natural position. After all, not everything has to be tweaked – and it would be the easiest way to accommodate him into the preferred 4-3-3 formation this season.

While the former Barcelona attacker thrived in a central role for Arsenal last term, he still did some damage playing on the flank when Arsène Wenger plumped to have Olivier Giroud lead the line.

In Agüero, he has one of the most elite forwards in Europe at his disposal, and this season the partnership with Jesus has looked electric.

The Argentine may not be be a grafter, or a false nine capable of doing an all-round job, but he has shown he's prepared to adapt.

The arrival of Sánchez though would see the City frontline become less reliant on the former Atlético Madrid striker pulling his weight for the system to work at it's effective best.

Combining the three South Americans together would give endless possibilities. Alexis could play up top with either, leaving Bernardo or David Silva as the playmaker.

The Chilean could, as he has shown for Arsenal, play as the deeper of the three and provide City with a mouth-watering trident up top. 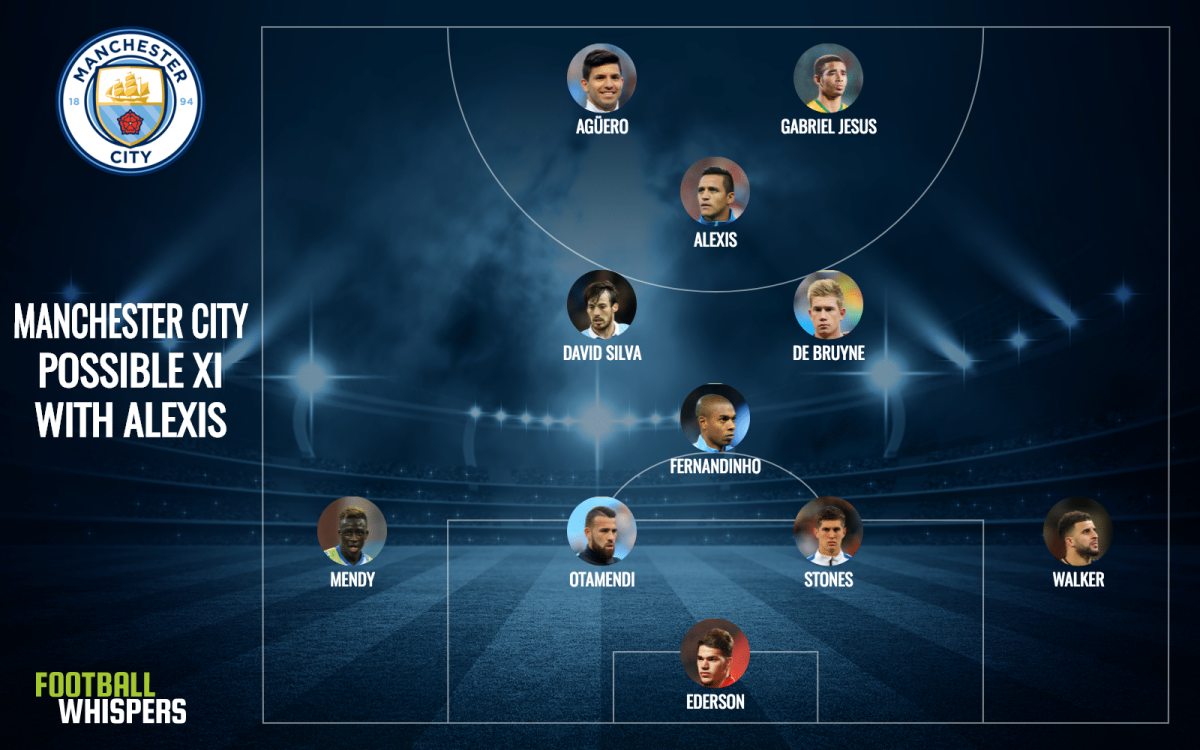 Finally, the diamond. It's a formation which relies on its full-backs and when you have Benjamin Mendy and Kyle Walker marauding it would be negligent not to make the most of them.

It keeps Agüero and Sánchez in central areas but also gives David or Bernardo Silva the opportunity to play with Kevin De Bruyne and give defences an absolute nightmare to compete with.

City could, in a way, replicate that system and all three are in positions in which they could flourish.

It's exciting times to be a fan of City and worrying if you're a supporter of a rival club.