Manchester City spent well over £100million on full backs this summer, but started the season with no real recognised left back or left wing back. Their new additions in this area were part of a small, costly, but considered summer transfer window which saw 11 senior players leave the club, and only five arrive.

In their first game of the season against Brighton, the only width Pep Guardiola’s side possessed came from the wing-backs.

Two of City's summer signings, Kyle Walker and Danilo, were tasked with occupying the space in wide areas while attacking midfielders Kevin De Bruyne and David Silva, plus forwards Gabriel Jesus and Sergio Agüero, formed a box of four in attack.

Fernandinho shielded in front of a back three, which gave the wing-backs complete freedom to attack down their respective flanks.

It’s a tactic which teams such as City, who dominate possession for long periods of the game, need to use in order to break down sides who do little more than defend for the ninety minutes.

The full backs stretch the play while the two scheming midfielders and the creative pair of forwards try to play intricately through tight spaces once they receive the ball in the middle.

Walker looks nailed on for the right sided wing-back slot for the rest of the season, but while Benjamin Mendy is still returning to fitness following a thigh injury, the position on the left side has been up for grabs.

Spanish youth academy product Angelino might have been ideal for the left sided backup role, but he’s been loaned out to NAC Breda for the rest of the season, and with the experienced left back duo of Gael Clichy and Aleksandar Kolarov leaving the club this summer, they now look fairly light in this area beyond Mendy.

Right footer Danilo was an unusual choice, but it’s the type of team selection curveball which isn’t out of the ordinary for Guardiola. But in that first game against Brighton the experiment lasted for just over an hour before he was replaced by Leroy Sané.

Left footer Sane looks like a much more natural option in the position, and offers great balance to the side.

He’s two footed and very attack minded thanks to being a natural winger as opposed to a wing-back, and given the aforementioned attacking freedom which these wide players are afforded in Guardiola’s system, then he should be the ideal fit.

After replacing Danilo the German added some extra zip in attack and due to being more natural on that side than the man he replaced, he was able to stretch the play further. It’s no coincidence that City’s two goals were scored after his introduction.

Sane boasted a pass success rate of 100% for the 25 minutes or so he was on the pitch, which allowed his team-mates to use him as a springboard for attacking moves, safe in the knowledge they would receive the ball back if they gave it to him.

Defensively he also registered one tackle, the same number as Danilo who played around 40-minutes more.

But because of City’s dominance of possession and the cover they have in the form of their back three, this stat isn’t the most relevant when it comes to judging their performance.

Last season Guardiola also regularly used a back four, and if they were to revert to this system then things could get more difficult for them when Mendy is missing. The Frenchman would be ideal as a left back in a four, but he appears to be the only player in the squad who is. 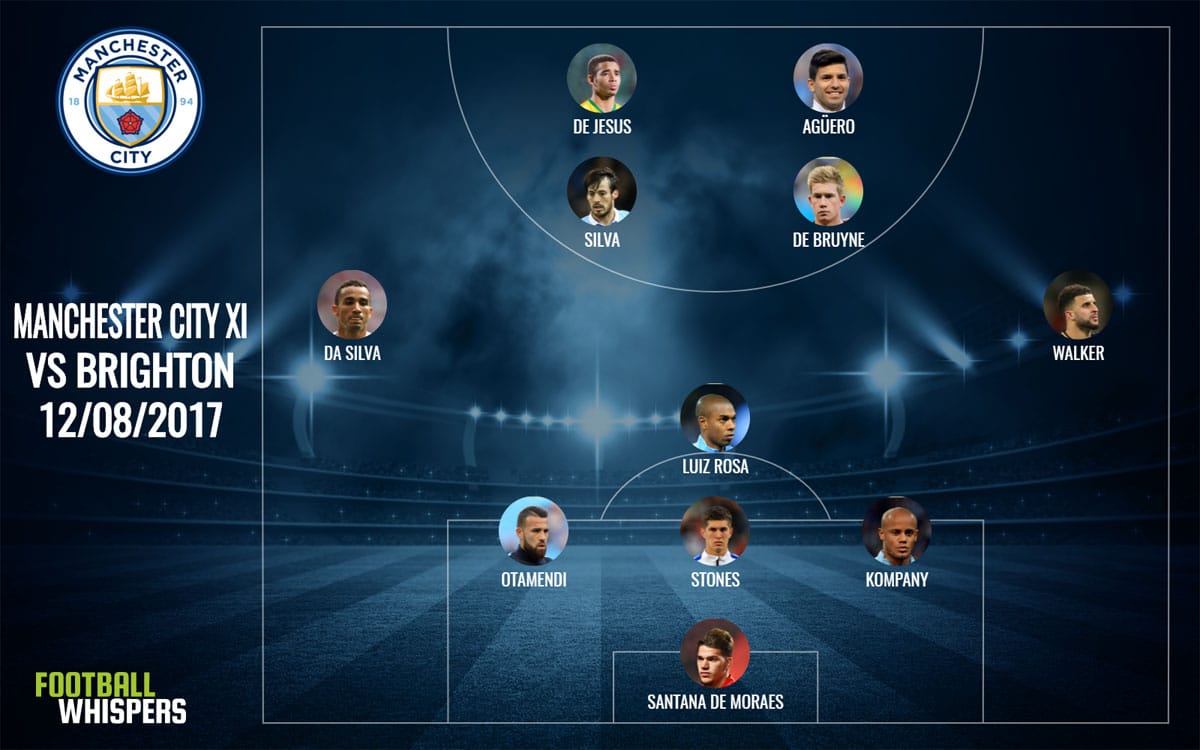 It could be that Mendy’s absence is forcing Guardiola into playing with three at the back, as he has no orthodox left full back in his ranks at the moment.

That said, during his time at Barcelona the manager would use attacking fullbacks in a back four, and have Sergio Busquets performing the role between two wide centre backs, but in this scenario he’d be unlikely to trust Sane or Danilo in the wide roles.

For as long as Mendy is out, the back three could be here to stay. The wisest choice in the left-sided role would be Sane with Danilo providing backup from the bench for both wing-back positions.

Given the amount spent on these positions this summer it seems strange that the club are still lacking depth in the area on one side, but it looks like Guardiola has found a way around this already.

Once Walker and Danilo are fit and firing on the right, and Mendy is introduced to the team on the left, City could have one of the best wide threats in the league, even if they choose not to play with traditional wingers as was the case against Brighton.