Manchester City regained their 12-point lead at the top of the Premier League after beating Newcastle United 3-1 at the Etihad Stadium on Saturday night.

The home side dominated the game for huge spells, finishing with over 80 per cent possession, but with so many men behind the ball, Pep Guardiola's side struggled to make the breakthrough.

In the end it was Sergio Agüero who made the difference. Heading his team ahead in the first-half, before scoring twice in the second to seal all three points.

It was far from the perfect performance. City were caught out after the break when Jacob Murphy was allowed to steal through on goal and get the Geordies back in the game.

However, the home side reacted and Leroy Sané's superb solo run set up the Argentinian forward for the third and crucial goal.

Agüero now has 16 goals in the Premier League this season and is City's top scorer, Guardiola's front-man stepping up when he was needed most.

Here are five talking points from City's 3-1 win over Newcastle on Saturday.

After making the decision to pull out of the potential signing of Alexis Sánchez, City’s all-time leading goal-scorer had the perfect response.

The 29-year-old, although we needed confirmation from the dubious goals panel for his first, scored three times to lead his team beyond Newcastle.

It was almost the perfect centre-forward performance from the former Atletico Madrid star, complimented by the perfect hat-trick. He made 61 touches, more than Raheem Sterling, had seven shots, made three key passes and completed five successful dribbles.

He held the ball up well, linked up with others and only lost possession twice.

Agüero’s finishes were deadly, helping him to his 11th hat-trick for City.

Finishing with 80.7 per cent possession, it was a difficult game for the home side. When you are faced with a stubborn back-line, you need clinical finishing and world-class movement. Agüero provided both.

Taking on what seemed like 23 Newcastle United defenders, Sané turned back inside the penalty area, turned majestically past DeAndre Yedlin before picking out Agüero for his hat-trick.

The German forward becomes the first Under-23 player to reach ten assists in Europe’s top five leagues this season.

Although he had only one shot on goal, he was excellent on the ball with three key passes and four successful dribbles.

81.4 per cent of his 43 passes found their mark and although some still pick out the inconsistencies from the former Schalke man, at 22 years old, he is exactly where you want a young player to be and is becoming a vital cog in Pep Guardiola’s attack.

This season per 90 minutes he leads City in attempted and successful dribbles and is fourth with 2.1 key passes.

Under Pep, there is no limit to what this stunning prospect could achieve.

Zinchenko Stands Out From Start

Before arriving at City, the Ukrainian was more used to playing as an attacking midfielder, or on the wing, but from his displays under the Catalan boss, you wouldn’t know he wasn’t a natural defender.

It’s typical of Guardiola to take a midfielder's qualities and transform him into a confident, rampaging full-back and Zinchenko is no different.

With 114 passes, he led the team against Newcastle, completing 93.9 per cent of his attempts. He threw in six crosses and contributed three key passes, helping City pin Newcastle back in their own half.

When he was asked to defend, he did more than enough, winning four tackles.

Linked with a number of signings in the position, Zinchenko has perhaps made the position his own. At least enough to be given a continued role over the next few weeks.

What did Newcastle Learn? 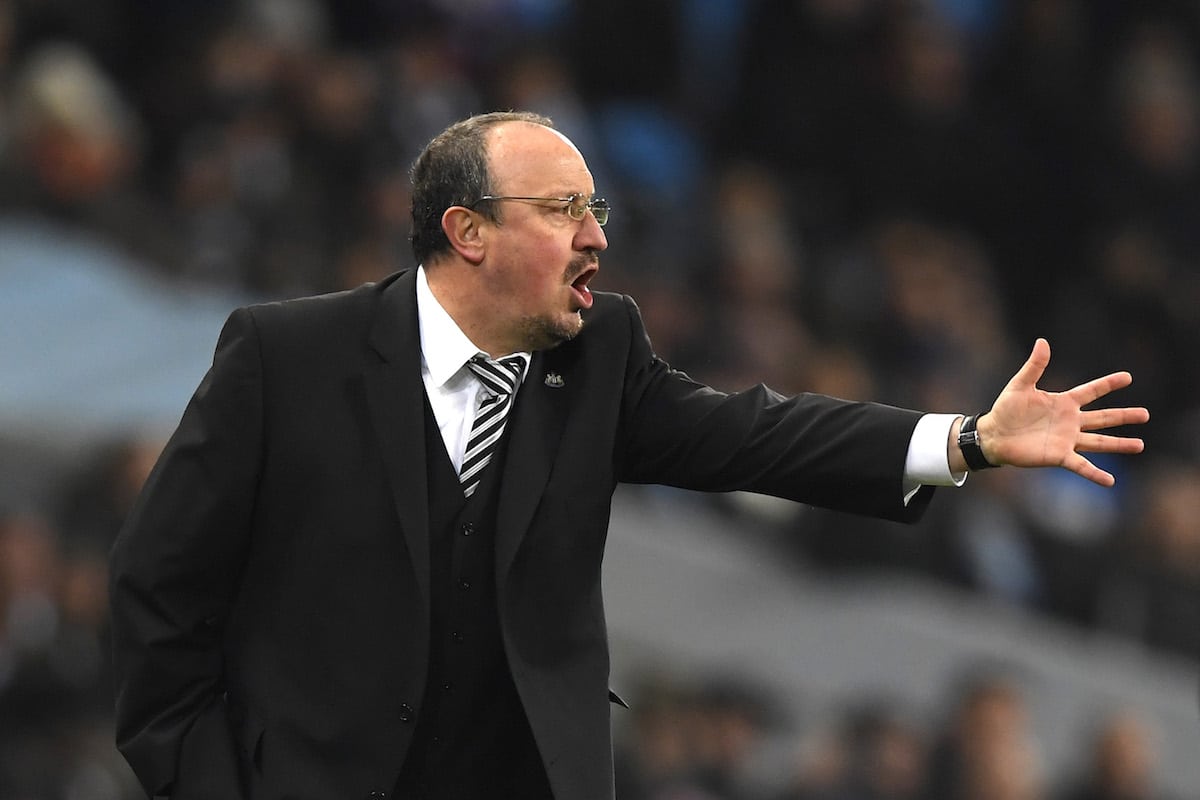 When Manchester City travelled to St James’ Park, the home side were widely criticised for their defensive tactics and how they took on the league leaders.

In the end City only managed a 1-0 win and it was far from a disgraceful result.

Saturday’s display, for a good 70 minutes was perhaps even more negative, if possible, but at 2-1, the Toon Army had a chance and could have piled some pressure on the home side.

Looking at the numbers from each game, it’s not clear what Rafa Benitez learned from Christmas defeat.

At home, according to WhoScored, Newcastle finished with 22 per cent possession and completed 58 per cent of their 228 pass attempts.

They won three corners, and turned two of their six shots on target, while allowing City to attempt 22 shots.

On Saturday, Benitez’s men had less of the ball with 19.3 per cent possession.

They were just as accurate, completing 58 per cent of their passes, but actually attempted fewer with 191 total passes.

Newcastle failed to win a single corner, but they did manage to finish with four shots on target.

From every defeat you are meant to learn and grow from the experience. Except from hitting City on the break through Murphy’s goal, it’s hard to see where they improved through both games.

Benitez can take one positive from the game and that’s the defensive performance from Paul Dummett at left-back.

The 26-year-old lined-up on the left of the back five and when he was asked to put in a shift, more often than not, he was in the right place at the right time.

There wasn’t much from an attacking point of view, with the defender making just 16 passes, but he did everything which would have been expected from him from an defensive point of view.