The dream of the 2022 World Cup has long been over for both Malta and Slovakia with purely pride at stake here. Any win in qualifying for these teams is a big deal though so who will get it? Find out with our Malta vs Slovakia match preview with free tips, predictions and odds mentioned along the way.

Malta vs Slovakia: Our top tips

If both teams are at it, Slovakia win

There is very little in the form book to hang you hat on a Slovakia win here but we just don't see a scenario where Malta get a result; they've won just one of their last 10 games and are fresh off the back of a 7-1 embarrassment. Slovakia meanwhile have only lost two of their last five with both those defeats narrow one goal losses against the top two in Group H. The other three games have been a win over Cyprus and back to back draws heading into this game. The clincher for our Slovakia tip though is the fact they've won four of the last five head to head meetings between the two nations.

These two last met back in March and shared four goals in a 2-2 draw with their two prior meetings – both in 2017 – also going beyond the 2.5 mark; that is the starting point for our prediction of the total goals being over 2.5 on Sunday. Further evidence of why goals can be expected can be found in the form book. Malta have gone over 2.5 in each of their last three games with Slovakia surpassing the threshold in their last two outings as well. With head to head form and recent form suggesting over 2.5 goals who are we to disagree?

Our final prediction comes in the shape of a both teams to score bet and we're backing ‘yes'. Malta were walloped in their midweek game against Croatia but they still found a way to score; that's not to be sniffed at because Croatia have only conceded four goals in their nine qualifying games to date. The hosts also netted in their game before that as well and are averaging one goal per game so far. Slovakia are averaging slightly better than that having netted 11 in nine games and have scored in their last two games. Neither side have kept a clean sheet in those mentioned matches either.

Find the best odds for Malta vs Slovakia

On a wider level, this game means nothing with the group already settled in terms of nobody breaking into the top two. Come kick off, that meaningless tag won't be recognisable with both sides likely to be desperate to grab a victory. Malta's main talents sit out wide with Jurgen Degabriele and Joesph Mbong. Slovakia have a few more household names in their squad in the likes of Milan Skriniar of Inter Milan and Newcastle keeper Martin Dubravka.

FAQ on Malta vs Slovakia 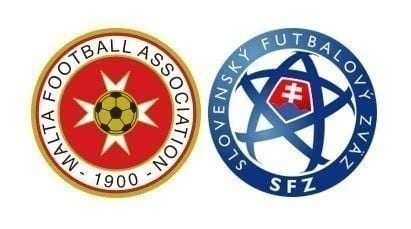