Neither of these two nations will be at the Euros this summer but they will both be out to secure a positive result ahead of the resumption of the World Cup qualifiers in September. Malta have never beaten Northern Ireland before but the hosts head into this friendly in decent form and aiming to cause an upset.

Read on for our full match preview and prediction for Malta vs Northern Ireland.

We're backing goals in this game for both teams, despite not expecting a high-scoring 90-minutes. Both teams have scored in four of Malta's last five matches as well as in three of Northern Ireland's last five games. The hosts have failed to keep a clean sheet in any of their last three home games but they have also managed to score in each of those fixtures.

With under 2.5 goals being produced in each of the last four meetings between these two countries, a final scoreline of 1-1 looks a sensible bet. As mentioned above, Malta's last three home games have ended with both teams scoring and both of these nations have drawn two of their last four international matches. Northern Ireland are the favourites for this game but haven't won any of their last 13 fixtures.

Everything you need to know ahead of Malta vs Northern Ireland

Northern Ireland out to avoid an embarrassing defeat

Malta's winless run was extended to four matches when they lost 3-0 at Croatia last time out but the hosts still head into this game as the form favourites with two wins, two draws and two defeats from their last six outings. There is a good mix of youth and experience in this Malta side and with only three players over the age of 30, the hosts should possess plenty of energy and hunger. Defender Andrei Agius is the oldest and most experienced player in the squad with 98 caps and 5 goals for his country. All bar one player in the Malta side plies their trade in their home nation, with Teddy Teuma being the exception as he plays for Union Saint Gilloise in Belgium.

The visitors have many recognisable names throughout the defence, midfield and attack and possess six players aged 30 or above. Striker Lafferty is the most capped player in the squad having played 82 times for Northern Ireland, scoring 20 goals. Magennis and Boyce are also both experienced attackers, while QPR striker Smyth has impressed with 1 goal in 2 caps. Niall McGinn is likely to run the midfield and will chip in with a goal or two from time to time, while Middlesbrough's Saville is expected to start alongside him. The familiar names of Cathcart, Dallas, Ferguson and McNair are likely to form the back four on Sunday and should prove tough to break down. 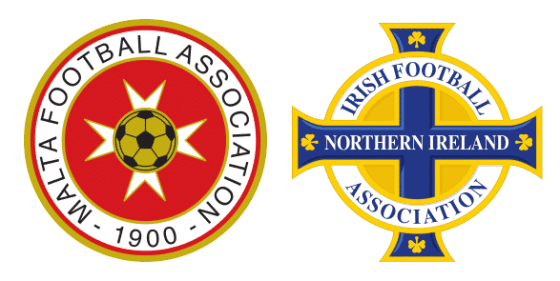