Croatia sit 2pts behind the Group H leaders Russia but have a nice 7pts cushion on both Slovakia and Slovenia behind them and look likely to qualify for Qatar 2022. Malta were always set to be the group whipping boys but they do have the same points as Cyprus and remain a place above the bottom side via goal difference.

Here are our predictions for Malta vs Croatia.

We've backed one of Croatia's most experienced players to score against Malta this week as he joint top scores in qualifying for the Croats with 2-goals. Perisic, 32, has 1009 caps and 31 goals for his country, more goals than anyone else in the Croatia squad by far. Perisic has a knack of popping up in the right place at the right time and will fancy his chances of scoring against this Malta defence.

All you need to know about Malta vs Croatia

Can Malta pull off a shock result?

Malta travelled to Cyprus last month and managed to come back with a point to show for their efforts. The visitors twice had to come from behind to salvage a point, showing great grit and determination. Muscat netted the first equaliser on 53-minutes and Degabriele silenced the home fans deep into stoppage-time with Malta second goal. Malta are one of the smaller nations benefiting from competitions such as the Nations League and are becoming a better all-round side.

Croatia failed to make their home advantage count against Slovakia in October, twice having to come from behind to rescue a share of the spoils. Kramaric scored the first Croatia goal in the 25th-minute and it was the captain Modric that saved the day when he made it 2-2 in the 71st-minute. Croatia look odds-on to qualify for Qatar 2022 and a comfortable victory against Malta this week could be enough to send then back to the top of the group.

Malta: Steve Borg, Rowen Muscat, Kyrian Nwoko and Jean-Paul Farrugia are not in the home side's squad for one reason or another.

Croatia: Ante Rebić, Josip Brekalo, Marko Rog, Milan Badelj, Mateo Kovačić and Šime Vrsaljko are some of the more recognisable names missing from this Croatia side. 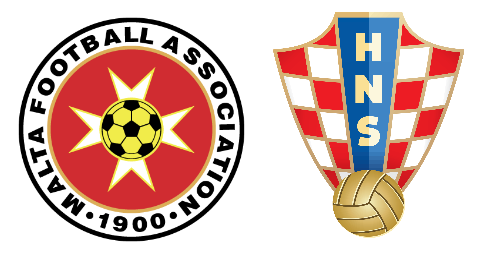