Sirius could move up a couple of places with a win against Malmo this weekend, providing results elsewhere go in their favour. However, Malmo beat Sirius 3-1 just a couple of weeks ago in the pair's reverse league fixture and will be confident they can secure another 3pts on Sunday.

At least three goals have been scored in each of the last five league meetings between these two clubs, and we're expecting another action-packed 90-minute this weekend. Sirius have only managed to keep two clean sheets in their last six attempts but have scored in all bar one of those matches, while over 2.5 goals have been scored in three of Malmo's last six outings in league and cup, so you can see why we're predicting goals on Sunday.

Top Betting Odds and Stats for Sirius vs Malmo

Malmo looking for a repeat performance against Sirius

Sirius had the home advantage against Mjallby last time out and made their guests work hard for the 3pts. After a goalless first half, Sirius conceded what turned out to be the only goal of the game in the 47th-minute as Mjallby ran out narrow 1-0 winners. Sirius didn't do enough in the final third against Mjallby, something they will be looking to address against Malmo this weekend.

Malmo's last league game was against Sirius two weeks ago where a goal from Sejdiu put the home side in front. Malmo made it 2-0 early in the second forty0five via Zeidan and although Rogic converted a spot kick to make it 2-1, Sejdiu netted his second goal of the game late on to secure all 3pts for Malmo.

Sirius: Patrick Nwadike is the main injury concern for the hosts.

Malmo: Mahame Siby and Oscar Lewicki look set to miss out this weekend through injury.

Key questions about Sirius vs Malmo 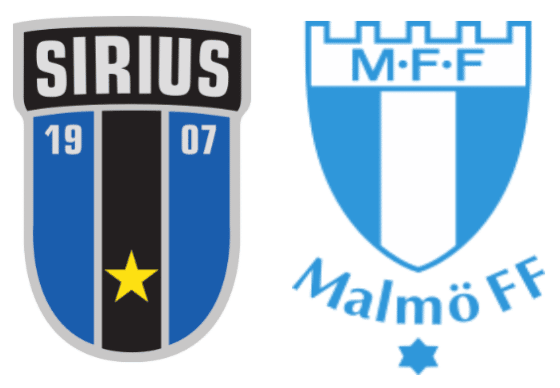