This preview is all about the UEFA Champions League game between Malmo and Latvian outfit Riga at the Malmo Stadium. This is the first leg of the first-round qualifiers.

Malmo look to preserve their record of getting past the first round of the Champions League qualifiers throughout their history. The club restarted their Allsvenskan matches with a 3-2 loss against Norrköping. Riga also suffered defeat heading into this match, as they lost 1-0 to Liepāja during the weekend. The top tips for this game are:

Malmo had to suffer a late defeat against Norrköping in the Allsvenskan. This is a serious blow to the position at the top of the table. Riga are just two points away from the top in the Latvian Virsliga, but an away game against Malmo is a different proposition. Malmo tend to win most of the European games at home and they have not suffered a home defeat in this competition for the past four games.

Malmo are an experienced campaigner in the Champions League and the Malmo Stadium has witnessed many high-profile teams over the years. In recent European home matches, results have not been so great. The club, though, enjoy a vast superiority over Riga in terms of quality and experience.

Riga have not been able to score in three Champions League matches that they have featured. This will be good news for Malmo, who have been defensively poor of late. Even in the latest Allsvenskan match, Jon Dahl Tomasson saw his team concede three times.

Top Betting Odds and Stats for Malmo vs Riga

Malmo are in a difficult situation after the loss against Norrköping. The club cannot afford to take eyes off the Champions League qualifiers even if the upcoming league match against Sirius now takes greater importance following the weekend’s loss. The first leg being at home is a huge advantage for Malmo, who have traditionally done well in home European games.

Riga have never been able to get past the first round of the Champions League qualifying encounters. In fact, they have not been able to get a goal in their European adventures in this competition. Riga have been relatively more successful in the Europa League and they were only narrowly beaten by Celtic in the third round of the Europa League qualifying campaign last season. The presence of Andris Riherts, who has just taken over, increases the inexperience of most of the visitors.

Questions about Malmo vs Riga 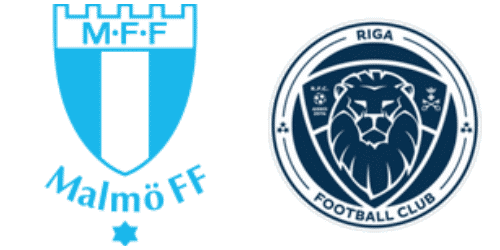 Where is the match scheduled? Malmo Stadium

Which team is the favourite to win? Malmo FF