Rangers open their UEFA Champions League qualification campaign with a trip to Sweden. The Scottish giants have not shown any signs of rust and will be eagerly awaiting to pit their wits with Malmo. The Swedish champions need to address their defensive issues as the prolific Gers cannot be taken lightly.

Malmo has not conceded a goal in their last two Allsvenskan outings. It was a different story for the Blue Ones, who conceded dull goals that were called out by Jon Dahl Tomasson in his post-match press conference. There arent any concerns regarding their scoring ability but if they can hold their rivals. The answer to that is a no. Rangers should be able to get on the scoreboard just like HJK before them as Malmo's defence continues to allow cheap goals.

In their only competitive outing of the campaign, the Rangers scored three past Livingston to kick off their campaign. Malmo has also been busy scoring goals, with three of their last four fixtures concluding with an Over 2.5 goals scoreline. As the two domestic champions face off each other, goals will be on the menu for fans and neutrals alike.

Malmo vs Rangers: Check out the best odds and the latest stats

Match Preview of Malmo vs Rangers

The Blue Ones have started the current Allsvenskan campaign in the same fashion they finished the last, among victories. They are leading the points table and swatting aside everyone who has come in their way. However, there are concerns about their credentials after marginally edging out HJK 4-3 in the previous qualifying round. Jon Dahl Tomasson would not be much concerned about this and has been busy watching the Glasgow based outfit's fixtures for a fortnight.

Steven Gerrard is rapidly establishing himself as a Rangers legend. The shoo-in to replace Jurgen Klopp now has another agenda on his mind, ensuring Rangers qualify for the Champions League for the first time in ten years. However, it remains to be seen how his charges fare with just one competitive fixture under their belt. Gerrard would have hoped the preseason encounters gone in another way given their two draws and a loss in five friendly outings.

Questions About Malmo vs Rangers 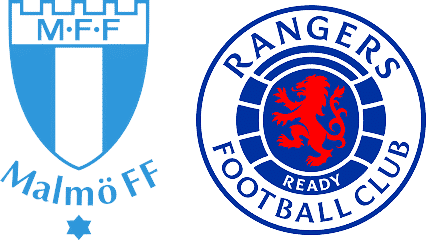 Where is the game being played? Eleda Stadion.

Which team is the favourite to win? Rangers.