Two teams that t did very well to overcome difficult opposition in the last qualifying round are now just one step away from the Champions League proper. Malmo have the home advantage in the 1st leg and will be looking to make it count ahead of a tricky trip to Bulgaria.

Malmo won home and away against Scottish giants Rangers in the last round of qualifiers and the Swedish outfit sit 2nd in the Allsvenskan table after 15-games, so their season is going very well. Ludogorets played Olympiacos in the last round and secured a 1-1 draw on the road but they are a team that performs much better in their own backyard and we expect that to show against Malmo.

Both teams have scored in four of Malmo's last six matches, including in each of their two legs against Rangers, and we're expecting goals at both ends of the pitch on Wednesday night. Four of Ludogorets' last six outings have also ended with both teams scoring and that includes both of their legs against Olympiakos in the last round of qualifiers.

All you need to know ahead of Malmo vs Ludogorets

Both teams overcame the odds in the last round

Malmo surprised many of us by securing a 4-2 aggregate victory over Steven Gerrard's Rangers in the last round of qualifiers for the Champions League. The Swedish side secured a 2-1 win at home and then ran out 2-1 winners in Scotland, thoroughly deserving their place in the playoffs. Their tie against Ludogorets looks easier than the games against Rangers but Malmo won't be getting ahead of themselves in what is bound to be a very close and competitive contest.

Ludogorets weren't expected to progress from the last round after being drawn against Greek side Olympiakos. However, following a 1-1 draw in Greece the 2nd leg ended 2-2 in Bulgaria and the home side went through 4-1 after a penalty shootout. Going through extra time may have taken a little more out of Ludogorets but the fact they managed to topple Olympiakos was impressive. This is a tie that could go either way but we expect Malmo to be leading at the interval. 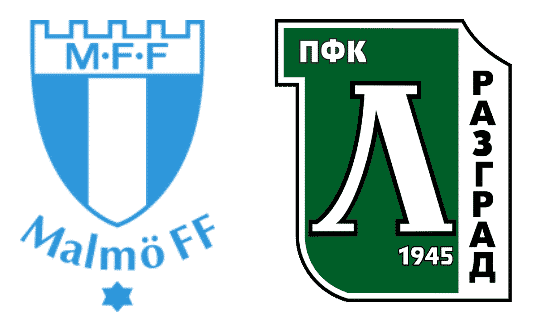