While the Malmo vs Juventus may not seem like the closest matchup on paper, this could still be a very interesting duel in the first round of the new Champions League. So, here's a preview of the game and some free betting tips.

Our best betting predictions for Malmo vs Juventus

If you need some help with your Champions League predictions, we've got you covered. So, check our favourite betting tips for the Malmo vs Juventus duel:

Juventus to Win with Handicap (-1)

It's clear that Juventus is a huge favourite in this match and that's obviously for a reason – they are the much better team. Malmo will play in Champions League after going through a tough path in qualifications, so they certainly deserve to be here. But, Juventus is the better and the more experienced team and we've seen that in 2014 when these two teams also played in the CL group and Juventus beat Malmo in both matches by a two-goal difference, which is our prediction for this game as well.

Under 0.5 Total Goals for Malmo

Malmo reached the CL groups by going through four rounds of qualifications, which means that they played eight games to get there. And while they scored in each of those eight games, we feel that this streak ends with their duel against Juventus. After all, Juventus has a great defence and in the last two h2h duels between these teams, Malmo failed to score a goal.

The previous two head-to-head games between Malmo and Juventus both ended 2-0 for Juventus. So, if you are feeling lucky and want to take a punt on great odds, try betting on the correct score in this match being 0-2. After all, it's nice to honor tradition sometimes when it comes to betting and you'll be surprised how many times these bets go through.

Top odds and important stats for Malmo vs Juventus

You can find the best odds and stats for the Malmo vs Juventus duel right here:

Malmo vs Juventus preview: Can Malmo surprise us all?

The Swedish league is ahead of the most European leagues, so the Swedish champions Malmo is already half-way through in their journey to defend the title. However, the team is currently in the fourth place in the league with 34 points, three points fewer than the league leaders Djurgarden. In fact, Malmo is on a bad run of two losses and one draw in all competitions, so a match against Juventus is not coming at the best time. Also, Malmo will be without Knudssen and Toivonen in this match, with a few more players who are questionable.

After nine consecutive titles in Serie A, Inter Milan finally broke the domination of the Old Lady in the Italian football. Juventus also lost Ronaldo a couple of weeks ago who signed for Manchester United, so it's clear that the team will have to go through an adjustment period ahead of them, especially since they already started the new season in a poor fashion, with one draw and two losses in the first three games. On top of all this, Juventus also has five players on their injury list.

FAQ for Malmo vs Juventus 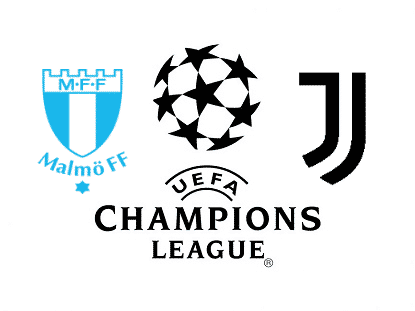