Top of the Allsvenskan meets top of the Veikkausliiga as Malmo play host to HJK in the 1st leg of their Champions League qualifier. There is still a long way to go for either of these teams to make it into this season's Champions League proper but Swedish side Malmo are the favourites to progress into the 3rd qualifying round.

Malmo won their only previous encounter with HJK to-nil and we're backing the Swedes to secure another win and clean sheet on Wednesday. Malmo won that 2016 friendly 4-0 and have kept four clean sheets in their last six matches heading into the 1st leg against HJK. HJK certainly aren't in bad form but did lose their last match against Qulu 2-1 in the Viekkausliiga.

As mentioned above, over 2.5 goals were produced when these two sides last met and we're expecting more of the same on Wednesday. Three of Malmo's last five fixtures have witnessed at least three goals being scored with the host's last two wins ending 5-0 and 4-0 respectively. Four of HJK's last six matches have produced over 2.5 goals, including each of their last three outings in league and cup.

Malmo have secured 4-0 and 5-0 wins in the Allsvenskan recently but we have settled for a comfortable 3-0 victory on Wednesday evening against HJK. The visitors haven't conceded more than two goals in any of their last six outings but at the same time, they haven't faced anyone even near the same quality as Malmo. The hosts are very strong at the back and we expect Malmo to put this tie to bed in the 1st leg by converting their best chances and keeping another clean sheet.

Malmo the big favourites to beat their Scandinavian neighbours

Malmo struggled slightly against Riga in the last round, winning 1-0 at home and drawing 1-1 away but we're predicting a much more routine passage into the next round for the Swedish outfit this time around. Malmo secured 4-0 and 5-0 wins in the Allsvenskan, either side of the last round of qualifiers in the Champions League, so we know the Swedish side are good for goals and strong at the back. In attack, Colak scores the goals while the veteran Toivonen provides them in what has become a potent partnership.

HJK stormed through the last qualifying round courtesy of a 3-1 home win and a 4-0 away win against Buducnost but face a much tougher opponent on Wednesday. HJK will have to be at their very best this week and even that might not be enough to stop the bookmaker's favourites Malmo from progressing into the next round. HJK had been enjoying a winning run until they were beaten 2-1 by Qulu last time out and we wonder just how much that defeat could affect their confidence heading into Wednesday's 1st leg. 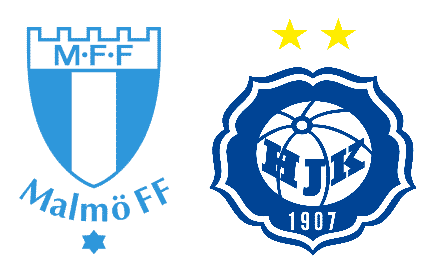